The 2016 Mexican Gubernatorial Elections: the Pathway to 2018

Close to 42 million Mexican voters are eligible to take part in the June 5 celebration, encompassing roughly 52 percent of Mexico’s total electorate.2 The local elections have a budget of $USD 330 million and the INE (National Elections Institute) will spend an estimate of $USD 70 million monitoring campaigns, being one of the most expensive democracies in Latin America (Casas-Zamora & Zovatto, 2016).

Two of the 12 states (Puebla and Veracruz) will be electing “mini-governors,” because they will be only serving for a two year period in order to make a unification with the federal elections in 2018.

The “new” Mexico City, commonly known as CDMX, will elect 60 of 100 deputies to conform the Asamblea Constituyente de la Ciudad de Mexicoby proportional representation, the other 40 will be elected by the Senate (14); Federal Congress (14); President Peña Nieto (6) and the Head of Government of CDMX, Miguel Mancera (6). All 100 with the main target of approving a constitution for the CDMX at the latest January 31 of 2017.

This race arrives as the Mexican president Enrique Peña Nieto´s popularity hovers at a historic low, despite the slight drops of gas price and a historically low inflation.3

Although last year there were 2015 midterm elections, the 2016 elections will define the path of the 2018 Mexican general election, especially the presidential race. Last year’s election barely changed the Mexican Congress, as PRI remained first place and PAN second place. However, MORENA, the new Lopez Obrador party, emerged from the nowhere and stole 35 deputies (majority and proportional) mostly from PRD.

An important and paradoxical fact was the victory of the PRI in the state of Guerrero, where the 2014 Iguala mass kidnapping of 43 male students took place which arguably became the biggest political and public security scandal that Peña Nieto had faced during his administration, leading to nationwide protests and international condemnation. However, the people from Guerrero decided to give a shot to the PRI candidate Hector Astudillo, stealing this state from PRD and weakening the leftist party throughout the whole country. Clearly, regardless of the Iguala´s kidnapping, the 2015 election is hardly a repudiation to Peña Nieto´s government but it certainly wasn’t a clear endorsement, either.

Notwithstanding, the most remarkable issue in last year’s election, was the gubernatorial election in the northern state of Nuevo León, when for the first time in history an Independent candidate, broke the bipartidismof PRI-PAN in this state.4 The former PRI member, Jaime Rodríguez Calderón, referred by his nickname “El Bronco,” received 49 percent of the vote, defeating his closest rival by 25 percentage points. Nonetheless, the insurgent electoral mood in this state was not reflected in the national level, since more than 95 percent of independent candidates throughout the country lost their local elections. The only certainty is that the victory of “El Bronco” is a warning for the parties and a presage of more independent candidates for the 2016 and 2018 elections.5 Also, El Bronco´s triumph, was a victory for the electoral reform of 2014, which was a result of Pacto por México, a national political agreement signed by the President Peña Nieto and the presidents of the three main parties on December 2, of 2012, one day after Peña Nieto took control of the office.6

The 2015 elections were the first organized and managed by the National Electoral Institute, which after the electoral reform replaced the Federal Electoral Institute. The biggest threat of the INE was the possibility of protest and violent activists, especially in the southern states of Guerrero, Oaxaca and Chiapas. However, the vote was otherwise largely peaceful and 99,8 percent of the polling stations were able to open despite the violence (Córdova, 2015).

Parties and hopeful candidates will be seeking to consolidate positions, try to win additional support inside and out of the party organizations, weaken opponents, encourage or discourage alliances, and gradually define the presidential pre-candidates ahead of the race to “Los Pinos”.7

The 2016 elections, are very similar to the 2010 elections when the contra nature PAN – PRD (right-left) alliances helped oust the PRI from Oaxaca, Puebla and Sinaloa. Right and left parties had hopes of repeating these achievements in Durango, Hidalgo, Oaxaca, Quintana Roo, Veracruz and Zacatecas. In the states of Puebla and  Tlaxcala alliances failed to take shape because of the internal battles.

While the PRD and PAN were battling with the alliances, the PRI and MORENA both ran a smooth candidate selection processes. PRI´s President Beltrones, focused on party unity throughout the primaries placing politicians with state based careers, only failing in Quintana Roo where one of the candidates finally became PRD-PAN alliance candidate, while MORENA´s president Lopez Obrador had difficulty with protesters alleging imposition in several states, where many of the candidacies for majors and local deputies were elected via raffle or commonly known in Mexico as “tombola”.8

The PAN, a central-right party with a history of decentralized nomination rules and very strict controls over its members, experienced internal conflicts causing the party to decentralize some of the primaries while maintaining very high standards for  entry to the party (Langston, 2008). The PRD´s conflicts it´s about ideals and competitiveness, since they are only competitive in the whole country if they go in alliance with PAN, also, the leadership from the headquarters of PRD has been willing to impose candidates for governors, majors and local deputies, to assure a better electoral outcome.

The national polls indicate that elections in the states of Veracruz, Zacatecas, Tamaulipas and Tlaxcala will be very close.  In Hidalgo and Sinaloa, PRI leads by more than 10 percent, and also leads polls in Chihuahua and Zacatecas, while PAN seems to be ahead in Puebla, despite the increase of the PRI´s woman candidate, Blanca Alcalá in the past weeks.

MORENA is gaining ground in many states and could become the third most voted party, but in the gubernatorial elections it only has a chance in the states of Zacatecas and Veracruz.  A second or even a third place in any race will give confidence to the party as Lopez Obrador prepares for the 2018 presidential election.

In general, the race for governor in each state will end up between two candidates, except Veracruz, with three very competitive candidates and one of the biggest electoral races to watch. It is probably the more contentious gubernatorial election of 2016 where PRI has never been defeated, but certainly has become a fight between two candidates from PRI (Héctor Yunes Landa) and the alliance PAN-PRD (Miguel Ángel Yunes Linares), who also happen to be cousins, accusing each other of corruption and vote buying, and giving a chance to Morena´s candidate (Cuitlahauc García) who is not far behind.9

Other important race will be in the southern state of Oaxaca, where in 2010 the alliance PAN-PRD stole the government from PRI. However, the PRI candidate, Alejandro Murat is ahead in most of the polls, but still a great uncertainty because of the effect and influence of the  Teacher´s Union (Mexican National Educational Workers Union- SNTE) and the fact that 47 percent of the electorate remains undecided.10 The PRI is competitive in all the states of the country; PAN is competitive in almost all the elections, PRD and MORENA are strong in southern states, PVEM, PANAL and PT are only competitive in alliances. Also, the polls indicate that independent candidates have no chance to win a gubernatorial race despite the “El Bronco” effect in 2015.

Nevertheless, the real problem remains the same: violence and the endemic corruption that riddles the Mexican government at all levels, the need for social order and respect to the democratic rules.

What they make of this victory will give abundant material for further discussion.

3 Reuters, May, 2016. Available in: http://www.reuters.com/article/mexico-economy-idUSL2N18L0HY

6 The Pact for Mexico. Available in: http://pactopormexico.org/

7 “Los Pinos” refers to the official residence and the office of the President of Mexico, located in Mexico City. 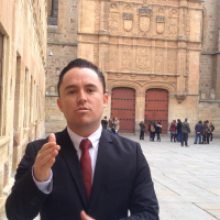 Alfonso Gallardo Myers
Alfonso is a visiting scholar from University of Salamanca at the Center for Latin American Studies at the University of Pittsburgh. He is a senior PhD candidate in the program, “Rule of Law and Global Governance.” He holds a Master degree in "Corruption and Rule of Law" and a Master degree in "Democracy and Good Government" both from University of Salamanca, Spain, and a specialization in Political Development by the ICADEP, in Mexico. He is currently the recipient of the National Youth Award given by the Mexican Federal Government and Presidency of Mexico, and a current fellow of the National Council of Science and Technology of Mexico, CONACYT.