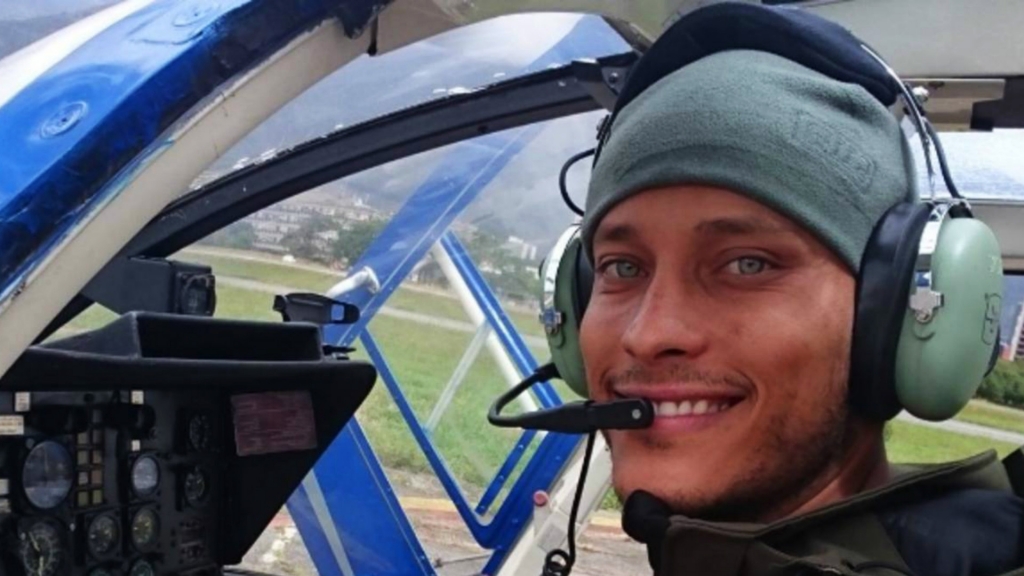 This month, it would seem that the Venezuelan government, led by Nicolas Maduro, finally put to rest one of the most prominent faces of the rebel movement.  On Monday, January 15th, Óscar Pérez and a half dozen of his allies, including a woman, were murdered by members of the Venezuelan military after their hideout in Caracas was discovered.

Pérez first hit headlines on June 27 of last year, when he stole a helicopter and, along with members of his group Equilibrio Nacional, or National Balance, attacked Venezuela’s Supreme Court with firearms and grenades.  Although nobody was killed or injured because of the stunt, after fleeing following an emergency landing, Pérez was immediately labeled a fugitive, and the search for Pérez became a high priority task. Pérez’s photo littered airports across the country, and Maduro publicly denounced Pérez and his group as “terrorists” (Charner, Osmary & Barnes 2018).  Pérez’s admirers opted to name him “Venezuela’s James Bond.”

Despite the high price placed on Pérez’s head, he continued to enrage the government by making appearances to public protests against Maduro and his regime. Pérez frequently posted videos and photos to his Instagram and Twitter pages - which were highly popular thanks to Pérez’s work as an actor -, calling other Venezuelans to action.  He also successfully executed a raid on an unidentified police barrack, sharing another video in which he smashed pictures of Maduro and Hugo Chávez while interrogating a group of soldiers being held hostage about their willingness to work for a government which does not feed them (Gibbs 2017).

Pérez’s actions may have particularly aggravated the president given the rebel’s other distinctive occupation; he was a member of the forensic police force (CICPC) for 15 years and acted as the chief of operations for the Air Force division of the country’s Special Actions Brigade (BAE).  The helicopter attack may have been particularly threatening to Maduro, as it was the first major act of opposition performed by a member of highly-trained national security, which has thus far worked harmoniously with the government.  The attack also apparently served to confirm Maduro’s paranoia that Pérez had been planning a coup against him in collaboration with the ex-minister of interior and justice, Miguel Rodríguez Torres, for whom Pérez worked as a private pilot.  Torres has repeatedly denied these accusations (BBC News 2017).

While the end of Pérez’s life initially brought a sigh of relief to the Maduro regime, the event may have actually marked the first page of a new chapter in the resistance’s attempts to out Maduro from the executive seat.  Immediately following the deadly assault on Pérez and his team, international human rights groups like Amnesty International and New York’s Human Rights Watch accused Venezuelan officials of illegally massacring the members of National Balance.

Contrary to Venezuelan officials’ claims that the murder was an act of self-defense by policemen present in the raid, videos posted to his Instagram in the moments leading up to his untimely death show Pérez and his crew asking to surrender amidst the sound of gunfire.  With this face covered in blood, Pérez says to the camera, “we are not shooting and they keep attacking us.  We are trying to negotiate because there are innocent people here, there are civilians … they literally want to kill us” (Charner, Hernandez, Barnes 2018).  The death certificates of the seven victims also showed that they all suffered a gunshot wound to the head, suggesting that the group was murdered execution-style (Perfil Internacional 2018).

And although the president denounced Pérez as a terrorist intent on jeopardizing national security, many are struggling to see the 36 year-old as anything less than a hero.  Óscar Rivas, the director of Pérez’s most recent film, Muerte Suspendida, spoke highly of the actor in an interview that took place after the helicopter affair last year, describing Pérez as a humble, professional, responsible and centered individual.  He went on to note that Pérez was averse to involving himself in politics and was not a member of any political party, but he simply could not ignore what was happening in the country especially after his brother was cruelly murdered for his cellphone (González 2017).

Others remember Pérez as an actor intent on spreading awareness of the degradation of values occurring in Venezuelan society through a series of short videos in a series called Rescatando Valores, or “Recovering Values,” that he shared on his social media pages.  He was also regarded fondly by members of the foundation GV33 Moral y Luces, which he founded to care for children with special conditions and terminal illnesses, in addition to countless other young cancer patients to whom he donated medicine (El Nacional Web 2017).

Regardless of the public’s opinion of Óscar Pérez, his death may be the catalyst that launches an investigation of Nicolás Maduro in the International Criminal Court (ICC).  This could be a critical turning point for revolutionaries’ struggle against the Chavist regime, as the ICC prosecutes individuals rather than states, and it has the power to issue an international warrant for arrest.  Any Latin American country which is a member of the ICC is able to request a preliminary investigation by the ICC prosecutor.  Multiple groups, including the Organization of American States, under the direction of Luis Almagro and the Group of Lima, have already been coordinating to present a formal case against Venezuela (Oppenheimer 2018).

Given an already overwhelming amount of evidence of systematic abuses within the Venezuelan justice system, Pérez’s murder may act as the final piece in the case against Maduro.  Of course, Venezuelans holding their breath for a final verdict from the ICC must also keep in mind that the conviction of Maduro requires the combined cooperation of the State, as the Court does not have its own police force (International Criminal Court 2018).  While it currently seems unlikely that Venezuela’s armed forces, which have thus far been loyal to the Chavist government, will turn on Maduro even in the event of an international summons, it is possible that new members of the military may be inspired to carry on Óscar Pérez’s legacy.