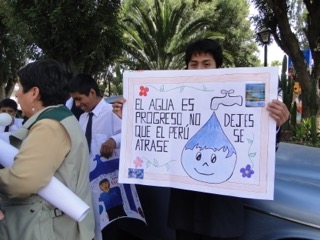 Climate change has a serious impact on the world’s fresh water supplies, especially in many developing countries that are already struggling with scarce water resources and increasing water conflicts and where water security and water equity are burning issues on the agenda of national governments and local authorities. As discussed recently in the Latin American Research Review , the problem is particularly urgent in mountain regions where fresh water supply mainly comes from glacial melt water. In Peru – the home of 70 percent of the world’s tropical glaciers – it has been calculated that within the coming 15 years all the glaciers below 5,500 masl. are bound to disappear. This scenario is a serious threat to a country where precipitation is seasonal and often irregular and where glaciers constitute the principal source of freshwater for both the urban and the rural population. In response to the many tensions the growing water shortage is causing the Peruvian government passed a water law in 2009 that provides a new institutional framework to manage and distribute the country’s fresh water supply and introduces a new set of values to asses and tax the use of water for private consumption, agriculture, mining and industry. Moreover, inspired by the global paradigm of Integrated Water Resources Management, which was coined by the World Bank to address water conflicts in developing countries, the law aims to include all citizens in the management of the country’s water resources by embracing a “new water culture.”

In this context we set out to examine what 'water citizenship' may mean, in relation to the implementation of the Peruvian law of water resources, in three different locations in Southern Peru. This endeavor took place within the frames of a collective anthropological research project “From Ice to Stone: Climate Change, Water Scarcity and Conflict Solution in Peruvian Andes.” The project was funded by the Danish Research Council and lasted from 2010 to 2013. It was headed by Karsten Paerregaard as senior scholar, accompanied by postdoc Astrid Stensrud and PhD candidate Astrid O. Andersen who carried out fieldwork in separate but connected settings. Overall the project scrutinized how villagers and townsmen of Peru’s Colca valley and dwellers of the neighboring city of Arequipa create new strategies and engage in new alliances to adapt to the changing environment, specifically the availability of water resources.

In the paper we discuss the importance of Peru’s new water law and examine its implementation in Peru’s southern highlands. We ask what forms of citizenship emerge from the water law and how these new forms of water citizenship engage with local water practices and affect existing relations of inequality. We answer these questions ethnographically by comparing previous water legislation and how the new law currently is negotiated and contested in three settings located in the Arequipa region. We argue that the law aims to create a new water culture that views water as a substance that is measurable, quantifiable, and taxable, but that it neglects other ways of valuing water, including indigenous conceptions of water as a sacred and collective resource that shape the management of irrigation systems in many Andean communities. We conclude that water citizenship emerges from the particular ways water authorities and water users define rights to access and use water, on the one hand, and obligations to contribute to the construction and maintenance of water infrastructure and pay for the use of water, on the other.

In our analysis of the water law’s implementation, we focus on two of its most important aspects: the collection of local water tariffs and the introduction of a new concept of water culture. Tariffs are interesting because they, by definition, are the way that people, whether as individuals or collectively, practice and maintain the right to use water and thereby enter a relationship of rights and responsibilities with the state. Water tariffs therefore allow us to investigate how the state and the country’s water users engage in a quantitative and measurable relation to water, a relation we view as an articulation of consensus as well as resistance. By contrast, the introduction of the notion of water culture glosses over the Peruvian state’s attempt to replace traditional water management practices that are based on collective rights and non-Western notions of nature with a modern and more efficient and rational use of water acclaimed in the name of global climate change and the growing threat that the melting glaciers poses to future generations. Hence, while studying water tariffs as a quantitative relation to water we explore how people qualitatively relate to water by looking at different responses to the idea of water culture.

The new water culture discourse embraces all Peruvians in a common destiny and depicts an end-of-the-world future scenario if people do not cooperate. From this perspective, all citizens need to be committed to the common project—globally, nationally, and locally—of sustainable water management. To create a singular form of water citizenship, however, is a huge challenge in a country ridden by social inequality and historical traumas due to the conquest, colonization, and discrimination against indigenous people, and the recent civil war, where indigenous peasants were the victims. In colonial times, indigenous people were legally defined as minors in the república de indios; even after they were offered citizenship rights in the era of the independent republic, the Peruvian state continued to use colonial racial categories to sort the population. Today racism in Peru has been reconfigured in terms of culture and education and enabled by the consensual idea that education, meaning schooling, creates legitimate hierarchies. This is often evident in the attitudes, actions, and utterances of the engineers working in state projects whom we interviewed; they claimed that lack not only of education but also of culture constitutes a continual problem in their daily interactions with the people they serve. Indeed, talking about differences in culture—or “lack of culture”—is a very common way of addressing social and ethnic distance in Peru.

The notion of a singular water culture therefore implies an ambitious vision of national unity in a political climate where democratization processes are locked in a “perverse confluence” of two distinct political projects. On the one hand, there has been an increasing involvement of civil society in public discussions and decision-making, but at the same time, the neoliberal project is bent on achieving a minimal state that progressively abandons its role in guaranteeing universal rights by rolling back its social responsibilities and transferring them to civil society. The perverse nature of the confluence between the participatory and the neoliberal projects lies in the fact that both require a vibrant and proactive civil society and share several core notions, such as citizenship and participation that, however, are used with very different meanings. The political meaning of participation has been reduced to management, and concerns with efficiency have come to replace the political debate on inequality and social justice. With these historically constructed notions of citizenship and culture in mind, we ask: How does the official version of a “new water culture” meet local worlds? How do these ideas shape the rights and responsibilities of Peru’s Andean population? And how are these ideas productive of redefinitions of particular forms of water citizenship? These are the questions guiding our three case studies.

The first case describes how water is valued in the rural district of Tapay and how the state since the 1990s has tried to impose its authority as water governor by introducing water tariffs. The second case scrutinizes the implementation of state licenses on water use in the Colca valley since 2004 and discusses responses to the introduction of modern technology that is embedded in the discourse of the new water culture. Finally, we move to the regional capital, Arequipa, where we find a complex institutionalization of water management. This case discusses how the city farmers, who once belonged to the influential classes but now feel increasingly marginalized, and the urban newcomers who have recently gained political voice, experience the water law and how they practice water citizenship.

The cases show that the management, use, and governance of water in Peru are highly heterogeneous and that implementing the new water law implies a journey through a terrain marked by social as well as physical verticality. They also reveal that implementation produces friction because of the different ways the state and different water users value, manage, and allocate water. Finally, the cases demonstrate that water citizenship emerges from the particular ways water authorities and water users define rights to access and use water, on the one hand, and obligations to contribute to the construction and maintenance of water infrastructure and to pay for the use of water, on the other. While the law has introduced a new set of rights and obligations for Peru’s water users, in many places people continue to follow their own water governance practices. Moreover, the law has paved the way for a new water culture that views water as a measurable and quantified substance that water users must pay to consume, but this new water culture nevertheless neglects the many other ways water is valued.

The paper shows that Peru’s new water law’s participatory and democratic intentions are full of contradictions and that the new water culture and the water citizenship it promotes gloss over new as well as old social conflicts involving the mining industry, rural and urban farmers, city dwellers, and state institutions. According to the water law, all citizens are expected to participate and commit equally. Nonetheless, Peru’s water users have diverging interests. Even though the law establishes that water is state property and a public good, it gives ample space to private interests. At the same time the law invites the participation of people without previous access to decision-making processes, and they therefore need time to formulate their needs within the law’s new institutional context. In Peru, as our data suggest, there are many water cultures, and the introduction of a new national water culture is therefore a much contested issue. Still, the urgency of water scarcity makes changes in water management necessary. How such changes should be carried out and, particularly, who should pay the price for solving Peru’s water scarcity and how high this price should be are questions that currently are articulated at various levels in Peruvian society and that may become the foci of political struggles in the coming years.

Peru’s new water law and the water conflicts it addresses are of great interest for scholars, experts and policy planners working not only in the Andean region but also many other places. Water equity and water justice are questions of importance in countries suffering from climate change and water shortage anywhere in the world and understanding how national governments introduce new legal frameworks and policies to address these issues, how regional and local authorities implement these measures and, not to forget, how the people effected by them respond is therefore critical for any attempt to prepare the world for future change. 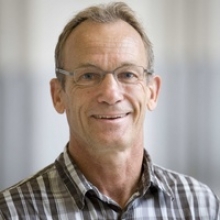 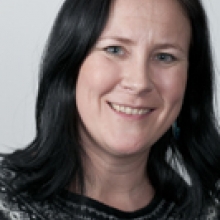 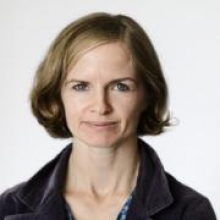