Reading on Wheels: Stories of Convivencia in the Latin American City 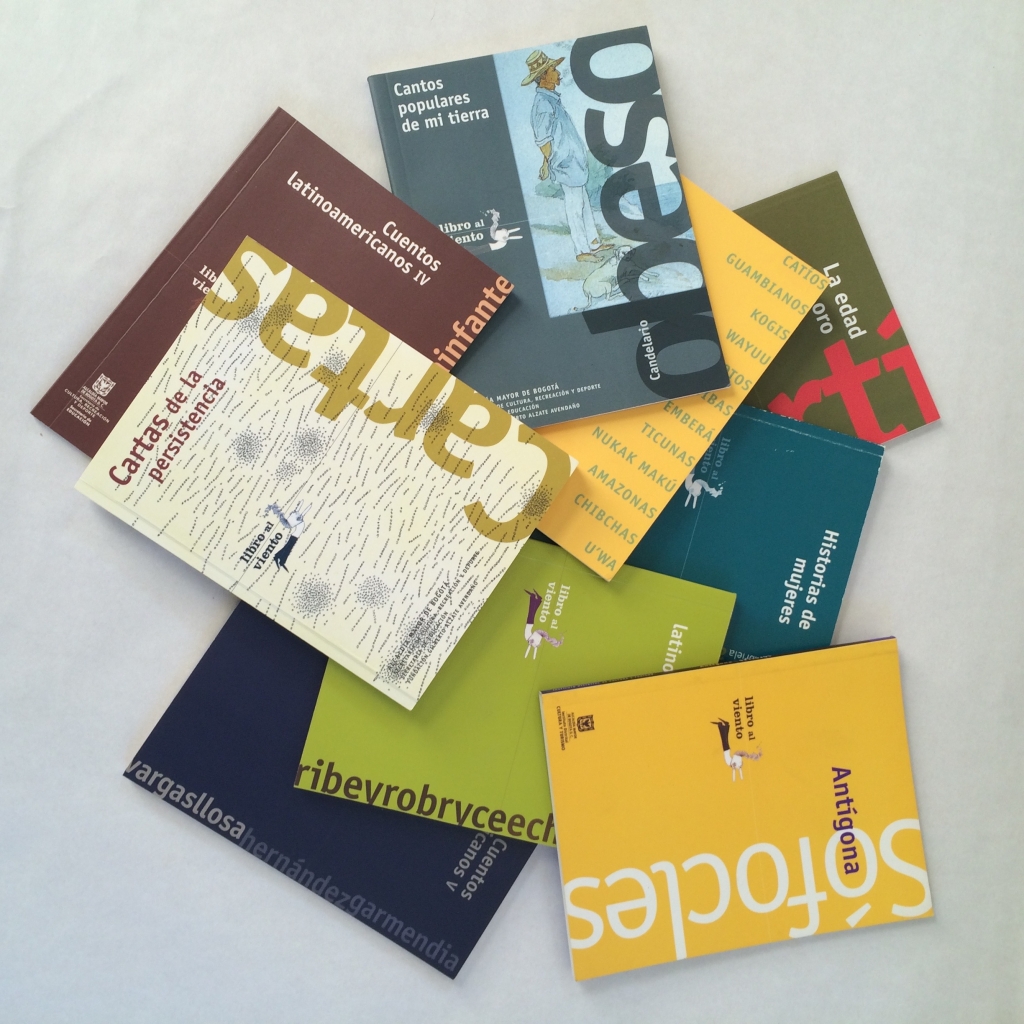 In recent years, reading in Latin America happens in many new forms, places and configurations, particularly in cities.  The research for my recent article in the Latin American Research Review comes out of a much bigger project on public reading in urban Latin America that studies initiatives that use public space, distribute creative writing to a mass public, foster collective over than individual reading, and provide access to literature in unconventional arenas. A few examples reveal the broad scope of these initiatives:  two Latin American cities, Bogotá and Buenos Aires, were named World Book Capital by UNESCO in the first ten years of this annual award; more than one hundred cardboard book publishers have been founded all over Latin America and abroad that make and sell inexpensive handmade books since Eloísa Cartonera started binding books in reused cardboard in 2003; two of Argentina’s public memory centers, former secret centers of detention and torture, collect and display hundreds of previously banned books;  the Mexican non-profit Brigada para Leer en Libertad has published and given away 500,000 books, all of them literary and historical titles that accompany free reading events held in public space. 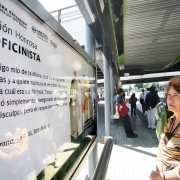 The two programs that are the topic of the current article promote reading by publishing and distributing free books on public transportation in Bogotá, Colombia and Santiago, Chile since the early 2000s.  Bogotá’s Libro al Viento has published more than 100 titles that circulate on buses, in municipal offices and in public markets.  Chilean citizens submit more than 50,000 stories each year to the short story contest Santiago en 100 Palabras that publishes the winning stories on billboards on subway platforms and bus stops, and prints free story anthologies that are distributed in subway stations.

All examples of public reading in Latin America in the past fifteen years, these initiatives demonstrate how cities have harnessed reading literature as a shared, collective activity for social and political objectives.  From Mexico and the Caribbean through the Andes, the Southern Cone, and Brazil, on-going public reading programs challenge the conception of reading as solitary and private by literally taking literature to the streets and creating new communities of readers.   From institutional and official to informal and spontaneous, these programs invest in reading for both social and literary value.

These programs illustrate a shift in emphasis in urban cultural policy since 2000 that has responded to economic and political change.  After decades of neoliberal economic policies following (or sometimes hand in hand with) dictatorship and political violence, literary works now have been put to the service of rebuilding civic trust and urban belonging.  In order to do this, the programs coalesce around three broad goals:  first, the reclaiming of public space after years of neoliberal privatization; second, the reinvestment in urban citizenship in the transition to democracy and struggles for peace; and third, a questioning and reconfiguration of the lettered city in attempts to expand access to books and literature beyond the urban elite.  The more recent turn to the right in Latin American national politics and presidential elections raises new questions about the future of public cultural investment.

Just as this new blog featured on the Latin American Research Review web page bridges the journal’s articles and its readers, creating new conversations among us, literary reading in public space seeks to reestablish dialogues among citizens in order to reaffirm its social dimension.  One of the Santiago en 100 Palabras stories from the program’s 2015 annual contest, “Reflection,” presents a scene of reading on the subway as a gateway to an interpersonal encounter.  Two flirtatious, imaginative passengers catch each other’s gaze in the train car window and then retreat into their books:

I look at you in the mirror that the glass creates as we pass through the tunnel, you’re distracted reading a book, from time to time you look up and catch my gaze traced on the glass pane.  I’m frightened, I hide and cover my face with my book; you get tired and go back to yours.  So, the metro is a battlefield, the book is a trench and your gaze is a shot that sometimes announces the next station. (my translation)

The sensuous attraction prompts a defensive shyness, and their gaze alternates from the window pane to the books they are each reading as they tentatively consider their options.  Meeting a stranger is risky and provokes fear, yet this is what “public” means: sharing space with strangers.  The activity of reading provides a refuge, the trench in the battlefield of urban movement through public space.  At the same time that it protects these travelers, reading also offers them a point of connection, a built in conversation, a common shared experience of everyday life. 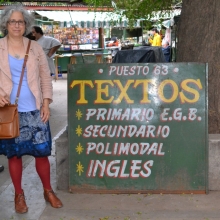 Marcy Schwartz
Marcy Schwartz is associate professor and chair of the Department of Spanish and Portuguese at Rutgers University-New Brunswick. Her research focuses on Latin American urban space, visual culture (particularly photography), translation, and public culture. Her book "Public Pages: Reading along the Latin American Streetscape" on urban public reading in Latin America will be published by University of Texas press in 2017.