How Can We Read Argentine Postdictatorship Films Today?: Restoring Historicity 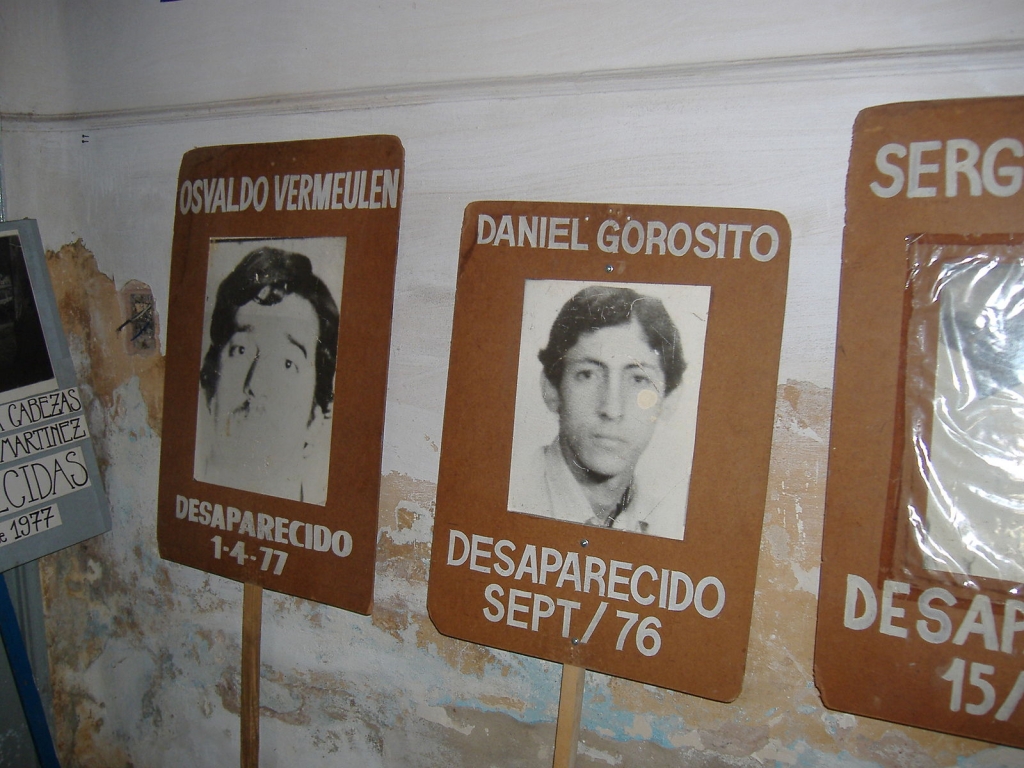 Whenever I tell people that I work on Argentine film, I can anticipate with almost no margin of error what their immediate response will be: "Oh, really? I recently saw a movie about the dirty war." What I cannot fully anticipate is which film they are referring to. They might have taken a Spanish class and watched Luis Puenzo's Academy-award winning La historia oficial, a 1985 melodrama on an average woman who gradually discovers that her adoptive daughter was born to disappeared parents. Maybe they have traveled abroad and their in-flight entertainment included Infancia clandestina (2012), Benjamín Ávila's semi-autobiographical account of coming of age as the son of radical activists. It is also possible that they have attended an international film festival and came across one of the multiple documentaries in which second-generation directors explore the elusive image of their missing parents, such as Albertina Carri's Los rubios (2003) or María Inés Roqué's Papá Iván (2000). Indeed, since the advent of democracy in 1983, the military dictatorship has been the most represented topic in Argentine cinema, becoming an ideologically-charged global icon(1).

The long version of this article answers a series of very basic questions: Is it still possible to say something meaningful about these films after over thirty years of recurrent representations? How can we read them without encouraging a repetitive, ahistorical perspective on the dictatorship? Is there a specific theoretical framework that allows us to pay attention to these narratives' ideological connotations over time?

My answer's starting point is that what Andreas Huyssen calls "memory fatigue" (Present Pasts: Urban Palimpsests and the Politics of Memory. Stanford University Press, 2003: 3)-that is, an overabundance of representations that can paradoxically lead to exhaustion-is less related to the representations themselves than to the way these representations are often read. More specifically, I claim that trauma theory, the most popular framework for interpreting post-dictatorship films since the 1990s, has become insufficient for historical analysis. Based on unchanging conceptions of mourning, trauma, and memory, trauma theory provides an interpretive formula that treats all films identically, extracting a common meaning. A more conventional documentary like David Blaustein's Botín de guerra (1999), which is grounded in the idea that film can preserve history, is read in line with performative, inconclusive documentaries that challenge this possibility, such as Papá Iván or Los rubios. The representation of the past in fiction films like Infancia clandestina is not distinguished from the one in documentaries like Carlos Echeverría's Juan, como si nada hubiera sucedido (1986).

First-person narratives by children of missing people are subjected to the same clinical analysis as the narratives of fictional characters designed by filmmakers who have not been directly affected by the dictatorship, such as Luis Puenzo. This omission of differences also entails an oversight of diachronic transformations in the representation of history, overlooking how post-dictatorship cinema has changed over time. Talking about the regimes in the early democracy, as hidden aspects came to light for the first time, seems to be no different from addressing them after decades of continuous findings. Films like La historia oficial, which in the early democracy revealed atrocities for the first time, is ultimately read the same way as Gastón Biraben's Cautiva (2005), a film that refers to those same facts after twenty years of representation. To put it in trauma theory's own terms, the combination of deconstruction, poststructuralism, psychoanalysis, and clinical work has resulted in symptomatic, repetitive-compulsive readings.

Relying on trauma theory is thus not the best option for analyzing post-dictatorship films in a way that pays attention to their historicity (that is, to films' emergence within a concrete, particular present as well as to their transformation over time). Yet, a semiotic approach can help. Drawing from a contemporary tendency in film semiotics, the second part of my article addresses Daniel Bustamante's Andrés no quiere dormir la siesta (2009). Through a semiotic lens, we can see how Andrés's symbolic, indexical, and iconic components make the film what I call a vintage (i.e., archaic, retro-style, collectible) representation of dictatorial Argentina during kirchnerismo(2)

The symbolic dimension, for instance, results in a telling anachronism. While plot and genre take us back to the first decade after the dictatorship, when coming-of-age melodramas disclosed previously hidden aspects of the recent past, the film's vocabulary anachronistically mixes the early democracy and the 2000s. The interrelation of these two temporalities affects the representation of the military years and makes them look like an antique; an old, collectible item; a retro-style, outdated object that has returned to fashion. This vintage effect is emphasized by indexicality. Norma Aleandro, the actor who became famous precisely because she portrayed the adoptive mother in La historia oficial, is the most visible indexical sign in the film-she is the most visible example of a sign made of a real referent coming from the afilmic world. Her older features and more mature gestures are a constant reminder that time has gone by: though set in 1978, the film was clearly shot at least two decades later. And Aleandro is an example not only of the vintage qualities of this representation of the dictatorship but also of its iconic status. Aleandro's body instantaneously evokes (is an icon immediately pointing to) the military years. Her image automatically refers to the past unveiled in La historia oficial. In other words, we visually associate Norma Aleandro-as well as other iconic signs that proliferate in the film, such as a garage-style door leading to a detention camp, a woman giving birth in chains, a black hood in the middle of the night, and a green Ford Falcon-to that (steady) referent that we call "military dictatorship."

Rather than an isolated occurrence, I find Andrés's iconic, vintage representation to be in line with the dominant social discourse during kirchnerismo. From 2003 to 2015, the dictatorship took center stage, becoming one of kirchnerismo's most salient icons. Fiction films, especially by second-generation directors, were vital to the materialization and creation of this type of iconic representation. Films like Andrés, Cautiva, or Infancia clandestina triggered well-known sensations, enabling the viewer to identify and sediment an existing representation.

This type of narrative entails paradoxical ideological consequences. On the one hand, it was precisely this iconic representation that made possible actions as important as trials: because there was a sedimented convention against the atrocities of the regime, there was sufficient consensus to put ex-officers on trial. Given that, upon being confronted with certain signs (a black hood, a green Ford Falcon, a disappeared activist, a Mother of Plaza de Mayo) people evoked a given, shared referent (an atrocious dictatorship), there was enough support to take those who were responsible to court. On the other hand, as with all icons, this representation relies on a given referent that prompts agreement yet precludes further examination. We see Aleandro, a green Ford Falcon, or a Mother of Plaza de Mayo and we feel and remember something horrible called "dirty war" or "military dictatorship." We seldom ponder, however, what those terms mean, how their meanings have changed over time, or how they have become ideologically-charged global icons.

While trauma theory ultimately enables iconicity (repetition, sedimentation, and resemblance), semiotics-among other approaches, such as those explored in my forthcoming book Rethinking Testimonial Cinema in Postdictatorship Argentina (Indiana University Press, 2019)-allows us to restore historicity. Today, as Mauricio Macri's right-wing administration has once again made the military dictatorship a contested topic that is open for public debate, reading postdictatorship films attending to their historicity-paying attention to their meanings within a particular present and to their meanings over time-can be seen both as an academic endeavor and as an ethical imperative.

(1) I consciously refrain from using the term "dirty war," which has become an international trademark in spite of its ideological connotations. Coined by the military junta to justify their clandestine actions (a "dirty enemy" allowed for "dirty methods" and for a "dirty war"), the use of the concept is therefore problematic. It actually echoes the military's justifications and helps establish the idea that the dictatorship was a war, thus assigning equal status to government officials and to civilian militants while blotting out the responsibilities of Argentine society.

(2) Relying mostly on Peirce, film semioticians see film as a sign system encompassing indexical, iconic, and symbolic signs. Cinematic images are indexical because a real referent is required for their configuration: The profilmic objects have to be in front of the camera while being shot so that an image can be formed. At the same time, filmic images are iconic because they visually resemble the referent: an actor's face, for example, looks like that face. Finally, filmic images also include symbolic signs, i.e. signs that establish a conventional link with the referent, like verbal language, plot, and genre codes. 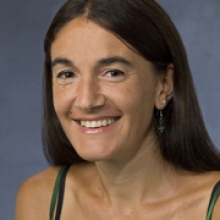 Verónica Garibotto
Verónica Garibotto received her "Licenciatura en Letras" from the Universidad de Buenos Aires and her MA and Ph.D. from the University of Pittsburgh. Before joining KU, she taught at Queen's University in Canada. Her research addresses the links among culture (literature and film), history, and politics in 19th to 21st-century Latin America, especially in the Southern Cone. She is particularly interested in how historicity and ideology intersect with culture and in theoretical perspectives that combine a close textual analysis with a broader political reading.