Education for the Elites: Funding and Primary Education in Brazil, 1930 - 1964 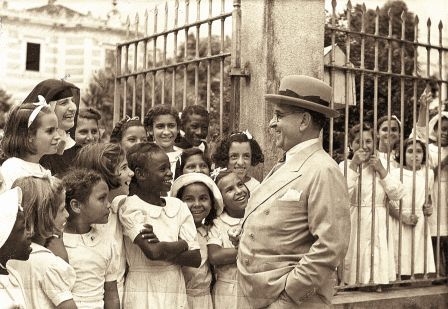 The current Brazilian crisis is not only a result of corruption scandals. Apart from corruption, fiscal and external deteriorating conditions have contributed to the ongoing political instability. Michel Temer, from the center-right Brazilian Democratic Movement Party (PMDB), started to rule after the impeachment of Dilma Rousseff (Workers’ Party – PT). Despite the fact that Temer was found to be involved in several scandals, his government had sufficient power to push for economic reforms. Temer succeeded in passing a constitutional change limiting government primary expenditures. Since those spending cuts might affect education and other social areas, there was an intense debate over the consequences of the reform. Will education suffer as a result of the crisis?

I do not have an answer to that question, but, as I discuss in my recent article in LARR, mass education has clearly received little attention from Brazilian governments throughout history. The persistent deficits in government accounts suggest that overcoming the distributive conflict over the public budget is a hard task in Brazil. Mass education has been a loser in the fight over government rents in 20th century Brazil. One could argue that the size of the budget does not matter when it comes to improving education: how money is spent would matter more than how much is spent. However, it is hard to deny the importance of education finance in the expansion of schooling in developing countries throughout the 20th century (Lindert 2010).

While Brazil slowly started the expansion of primary schools in the postwar era, the United States had already universalized primary education around the late 19th century and the early 20th century (Lindert 2004). Canada, Australia and New Zealand followed closely, as well as Western European countries, leaving Latin America behind. The Asian latecomers surpassed Latin American countries in the second half of the 20th century (Ansell 2010). Even considering only neighboring countries, Brazil was in a backward position, lagging behind poorer countries such as Bolívia (Barro and Lee 2011).

During at least half a century, Brazil relied on a strategy of import substitution industrialization (ISI) that endured until the end of the 1970s. Despite the relative success of this strategy in achieving high rates of economic growth, Brazil has persistently presented poor educational outcomes. ISI became especially strong after Vargas seized power in 1930 and remained in charge until 1945. Afterwards, Brazil lived under a democratic regime from 1945 to 1964. Nobody denies the importance of the period for Brazilian industrialization; however, the expansion of mass education was limited between 1930 and 1964. Bearing that in mind, my recent paper in LARR deals with the political economy of education finance in Brazil from 1930 to 1964.

There are several interpretations to explain the trajectory of educational policies in Brazil from 1930 to 1964. According to Kosack (2012), the autocratic rule of Vargas (1930-1945) counted on a coalition that included elite and workers. This coalition strengthened the voice of the poor during the democratic period from 1945 to 1964. Despite the limited expansion of schooling, the increase in enrollments would have been a result of governments based on that cross-class coalition (Kosack 2012). Ben Ansell (2010) has a more critical view about the period prior to 1964. He argues that the insistence of Brazilian governments on a semi-autarkic strategy of economic growth for a long time probably prevented Brazilian educational policies from reaching a larger proportion of the population.

The perspective of my paper is closer to Ansell (2010): I claim that most Brazilian federal governments were not sufficiently interested in the expansion of mass education, despite the fact that they could have financed it between 1930 and 1964. The federal government left this task to the states, which lacked the proper financial resources as most taxes were in the hands of the federal government. Although one could argue that Brazilian constitutions throughout history placed primary education under the responsibility of states, the federal government did intervene in other areas whose federal support was not mandatory.

I also argue that the tertiary education was favored in detriment to primary education for the masses between 1930 and 1964. Although Presidents Dutra (1946-1951) and Goulart (1961-1964) seemed more sympathetic to mass education, the governments of Vargas (1930-1945; 1951-1954) and Kubitschek (1956-1961), the most committed to the ISI strategy, paid little attention to primary education. Evidence for this comes from documents and public discourses, as well as data that gives support to the main argument. 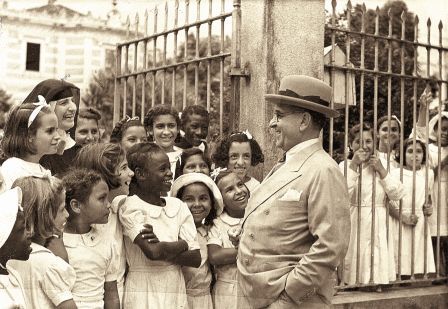 Gustavo Capanema, the Minister of Education between 1934 and 1945, thought that the national priority was the education for the elites. Capanema was in favor of more classical content on the curriculum for secondary education. During the most repressive period of Vargas’ dictatorship, there was even a decline in primary education enrollment rates. The Minister of Education under Kubistchek in the late 1950s, Clóvis Salgado, explicitly acknowledged that “my (his) option was for the concentration of resources in tertiary education, as I (he) was convinced that only in that way we (he) could give the necessary educational support for the industrialization efforts of the country” (Brasil, MEC 1967, 39-40). Considering the cost per student, estimates of the Ministry of Education show that the country spent approximately 50 times more on students of tertiary education vis-à-vis primary education during the Kubistchek years.

This post summarizes the main findings of the article (written in Portuguese). Further research must look at the whole 20th century in order to shed more light on the causes of Brazil’s educational backwardness. While the change of political regime in 1945 might have had a positive impact on federal educational policies, regime change has a limited power to explain the problems of mass education in Brazil. The centralized financial structure and the excesses of the ISI strategy seem to have played a major role on the educational backwardness of the country. Mass education was clearly a loser in the competition for government resources between 1930 and 1964. Perhaps someday mass education will become a top priority in Brazil.

Ansell, Ben. 2010. From the Ballot to the Blackboard: The Redistributive Political Economy of Education. Cambridge: Cambridge University Press.

Kosack, Stephen. 2012. The Education of Nations: How the Political Organization of the Poor, Not Democracy, Led Governments to Invest in Mass Education. Oxford: Oxford University Press. 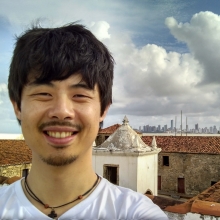 Thomas H. Kang
Thomas H. Kang is a researcher at Fundação de Economia e Estatística and an assistant professor at Escola Superior de Propaganda e Marketing (ESPM-Sul). He holds a master’s in economics from the Universidade de São Paulo, Brazil and is currently a PhD candidate in economics at the Universidade Federal do Rio Grande do Sul, Brazil. He has worked in close collaboration with the World Council of Churches as a member of consultative and decision-making bodies. His main research interests include political economy of education, economic history, development ethics, and distributive justice.