What can art do to change the world? This question has resurfaced in every discussion of new art movements since the Russian avant-garde of the early twentieth century. As discussed in a recent publication in the Latin American Research Review, the question has become increasingly significant in recent years with the advancement of neo-liberalism, the radical socio-political and economic changes at a global scale and the rising climate of fear and uncertainty propagated by multilateral warfare, media propaganda and escalating conflict.

In this context, the concept of change is a difficult one. This is not only with reference to the relation between the local and the global in political, cultural or economic terms. It is also because new technologies expose us to new temporalities and new (virtual) localities and affect the ways in which news, images and ideas are mediated and experienced by wider audiences.

So where does art come into this and what can it do? The short answer: a lot.

For a more elaborated answer, one must take a step back – back in time but also back in the sense of looking at the bigger picture. Nothing appears out of thin air and out of its place and time in history. If the globalization of our cultures has taught us anything it is that one cannot view an incident in isolation. One of the central premises of this article therefore is: when, where and how.

Cultural production is not freestanding and irrelevant of the socio-political conditions and economic activity of the society in which it is produced and disseminated. It is a social and human activity produced in a certain place, shaped by certain conditions and pre-history of ideas and with some goal in mind. One such goal is social change. We will call these socially engaged art practices.

Let us make a pause here. According to its abstract, this article examines art’s social function and its understanding as transformative social praxis —an activity that reflects upon the world and seeks to change it and that at the same time critically reflects upon its own condition and relation to that world.

Since these two are directly related, socially engaged art practices are also interested in the conditions of socialization, communication and interaction. They seek to raise awareness about societal and political concerns and put forward new ways of thinking and acting differently – of coming together and co-creating and of sharing and shaping a vision for a better society. This is a most important and necessary step towards changing the world.

This article discusses three different examples of artistic production from the seventies, eighties and the turn of the millennium that have a positive social outlook. These activities from Latin America give emphasis on collaboration and dialogue and advance different modes of artistic production and social engagement across old and new media. They reconceptualize art’s role, nature and social function and help us understand the complex, but nonetheless potent, relation between art and politics. As such they become points of reference for any socially engaged artistic-political practice. 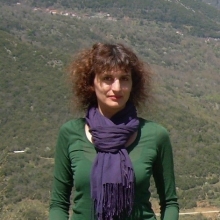 Eve Kalyva
Eve Kalyva is an art critic and a writer. She has a PhD in Art History (2011), has worked as lecturer in Europe and Latin America, and has collaborated with art institutions as curator, critic and artist in residence. Eve is interested in the relation between art and society in both its historical and contemporary expressions. Moreover, because of her academic training in fine art, Eve engages closely with the art-object in terms of how it was made, what it depicts or represents, and how it was used as a cultural artefact. As a docent, Eve offers insights to artistic production in a comprehensive and interactive way. She encourages others to engage critically with what they see, relate it to the world around them and consider: how does looking at art make us feel? What ideas does it enable us to think? Apart from everything related to art, Eve loves travelling and is fascinated by world cultures, languages and world-views.