The Architecture of Feminicide: The State, Inequalities, and Everyday Gender Violence in Honduras 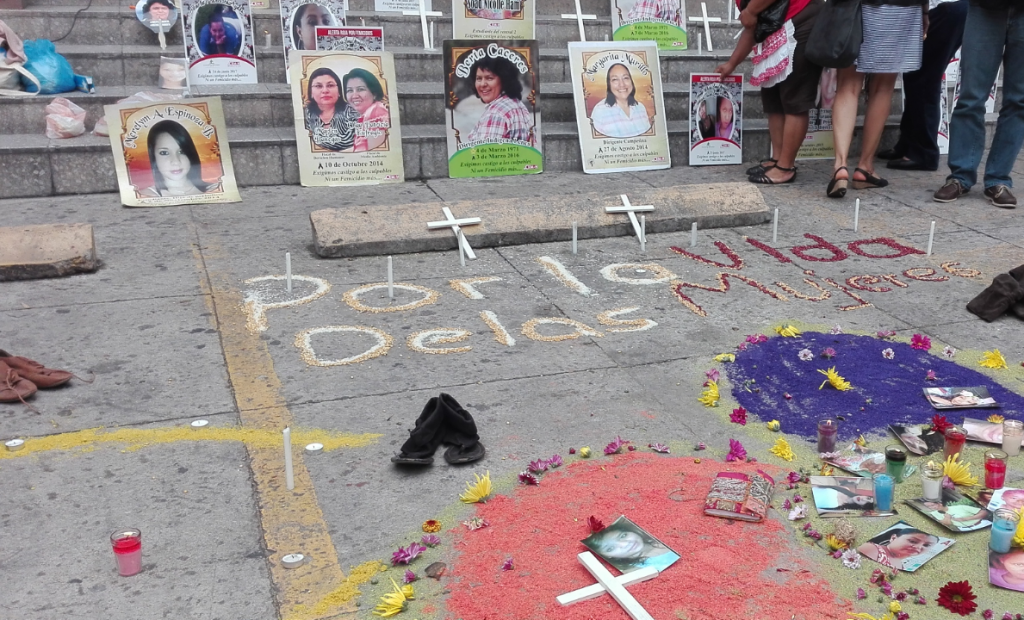 “I saw the [drug cartel] kill someone on the street as I was leaving school. They saw me running away. The threats started this day. They told me if I said anything or moved, they’d kill me. They’d look for me, find me and kill me. The[y] had raped me twice, kidnapped me four times, beat my partner, and mistreated me in so many other ways. They’d said they’d kill me. They also said if I didn’t leave, they’d find my family and kill them, too. So, I decided to go.” Anya, a woman who has fled Honduras, quoted in the UNHCR Women on the Run Report. October 2015).

Anya, quoted above, is one among thousands of women fleeing the widespread violence and abuse of women in Central America and seeking refuge in the United States. Between October 2013 and August 2014 more than 30,000 Honduran families, mostly women and children, were apprehended at the southern U.S. border while attempting to seek refuge in the United States. With anti-immigrant policies gaining ground in the U.S. and likely to become more draconian, the lives of women like Anya will be put increasingly at risk.

What has prompted so many Central American women to leave their countries in recent years? Why have so many Honduran women left their homes and embarked on the dangerous journey by land to the United States? Most observers would point to the widespread violence of “common crime” or even “gang crime” in the Central American region. Indeed, as Leslie Velez, senior protection officer at the U.N. High Commission for Refugees recently observed in regard to the U.S.-bound migration of children and women from Central America, “The normal migration patterns in this region have changed…These people aren't coming here for economic opportunity. They are fleeing for their lives.” In our recent article in LARR, we analyze the domestic and international socio-political context that perpetuates and exacerbates these violent conditions.

According to the UN Office on Drugs and Crime, Honduras has one of the highest feminicide rates in the world (see Figure 1 for the trend in 2002–2013). Feminicide is the killing of women, often characterized by gender-motivated aggression and extreme brutality, in a context government inaction or indifference but in some cases direct involvement. The number of women murdered in Honduras has been rising steadily but spiked after 2010. Within Latin America, Honduras recently ranked third in feminicide rates behind El Salvador (the highest in the world today) and Guatemala (the second highest in Latin America (Alvazzi del Frate 2011). 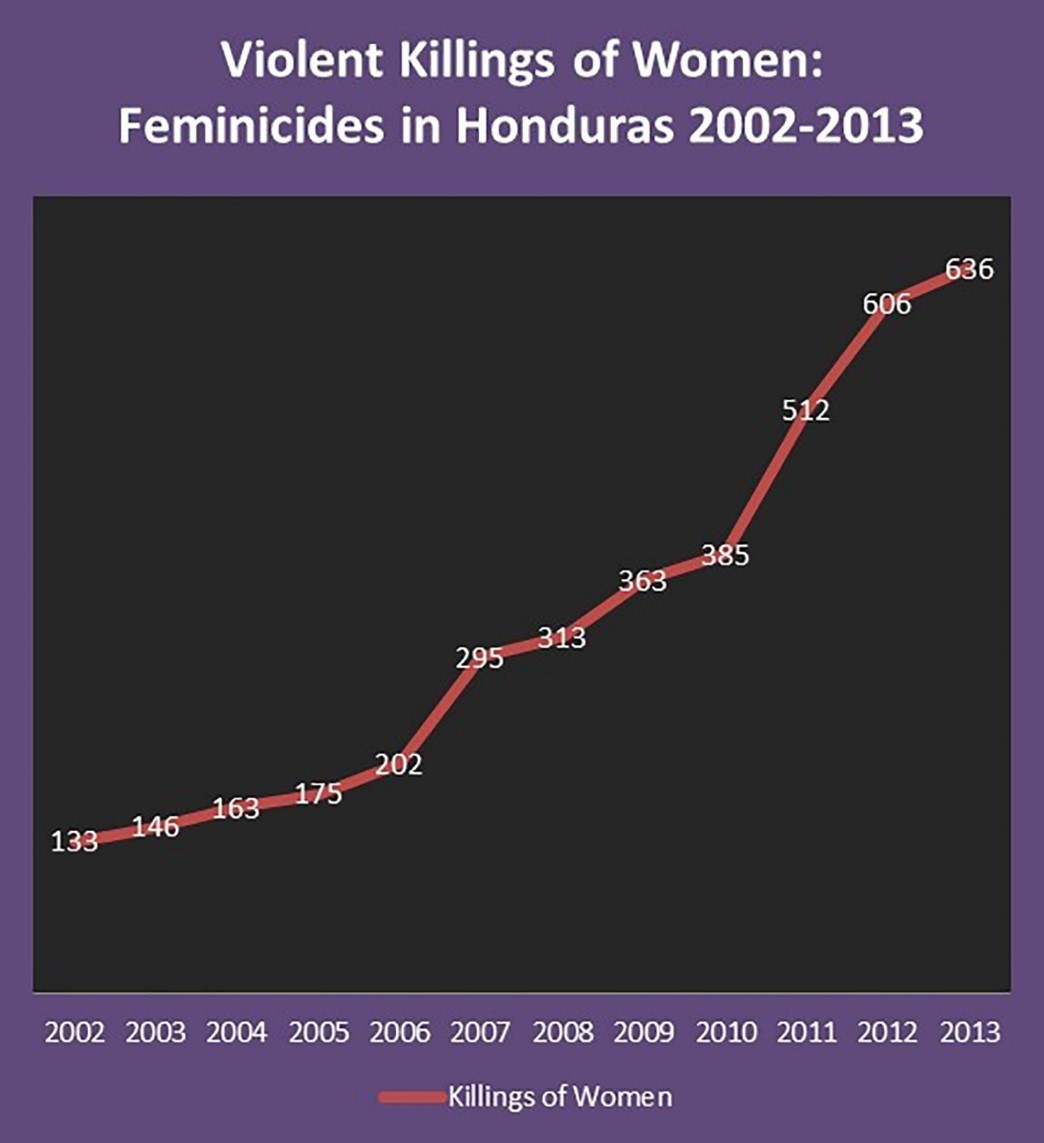 While the murder rate for women is lower than that for men, the rate for women has been consistently increasing since 2005, when there have been some periods of decline in the murders of men (Memoria Foro Femicidios 2014, 8). And as Incháustegui Romero et al. (2012) observed for feminicide cases in Mexico, the murders of men show more elasticity than those of women, as the murders of men tend to respond to events or conditions with which they are associated, such as increases or decreases in organized crime, while the murders of women occur independently of specific contextual events. And whereas the killings of Honduran women before the coup showed an upward trend, the trend accelerated following the coup, demonstrating that propitious structural conditions for women’s killings already existed pre-coup but were exacerbated post-coup. We argue that the state’s actions (as well as inactions) have played a key role.

The recent spiral of violence in the lives of women and lack of protection can best be understood by examining the political responsibility of the Honduran state within a context of multisided violence. This context includes structural, political, symbolic, and everyday violence that reinforces and undergirds the normalization of persistent impunity and violence in the lives of women. This sociopolitical architecture sustains and perpetuates gendered violence and impunity. Thus, the more extreme the context of multisided violence, the higher the probability that states will fail in their responses to violence against women through normalizing and institutionalizing profound gender inequalities and undermining citizenship rights for women.

The Honduran government has been unable and unwilling to protect women from various forms of violence through direct actions, such as engaging in their persecution and killings, but also indirectly, such as when it turns the other way and refuses to apply existing laws to address violence in the lives of women. Importantly, this situation has worsened significantly after the 2009 coup that ousted democratically-elected President Manuel Zelaya.

The Honduran government before the coup engaged in actions that disregarded gender-based violence against women and did not take effective steps in addressing it, thus committing acts of omission. These failures have worsened with the post-coup de facto government, which has taken more direct measures that have escalated acts of omission as well as commission in systematically persecuting women leaders and physically and sexually assaulting women. This is perhaps best exemplified by the assassination of environmental activists, such as the killing of indigenous leader Berta Cáceres, who was murdered in March 2016 after receiving multiple threats following her opposition to the construction of a hydroelectric dam. Yet the police alleged her murder had taken place in connection with a robbery.

Even if the government is not killing women directly, acts of omission and indifference to women’s suffering create conditions that promote impunity and increase risks of victimization by normalizing the targeting of women for violence, at home and in the streets. Though acts of omission may not directly involve the state in the killings, inaction can also lead to such killings. Thus, through direct and indirect mechanisms, the post-coup government has exacerbated the context within which women are killed, and impunity is widespread.

Honduran women who suffer gender-based violence, which can escalate to their killings, often find that the only way out of their predicament is to leave the country and seek protection elsewhere, such as the United States. The recent historical roots of this migratory flow include not only the complicity of the Honduran government in the killings, but also the complicity of the U.S. government in increasing militarization in Honduras and other countries in the region. This militarization, which started with the conflicts in the 1980s and has continued in different guises to today, has set up the preconditions for the current context of multisided violence and lack of rule of law from which women are currently fleeing. 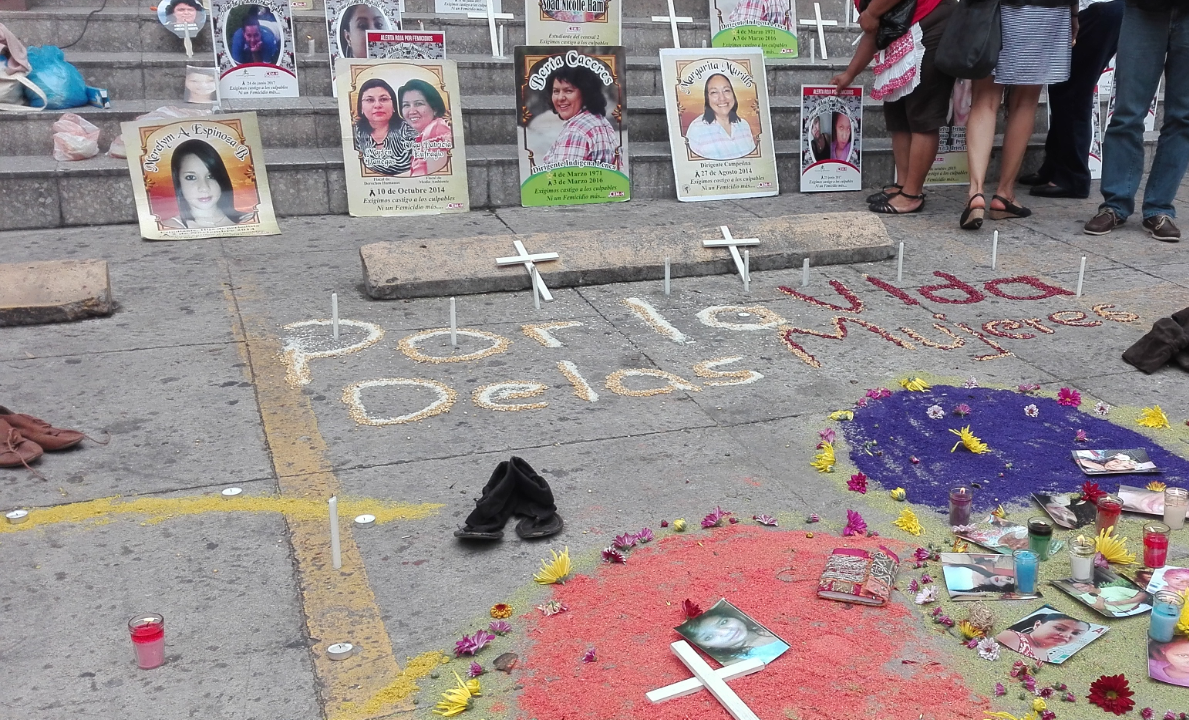 In the 1980s, the United States used Honduras as a staging ground for the Contra War in Nicaragua and a base for training Salvadoran troops to fight against the Farabundo Martí National Liberation Front (FMLN) in El Salvador. During this time, US funding for the Honduran military increased dramatically. While domestic political tensions rose, disappearances and murders became commonplace. Honduras became what scholars call a democradura: “a nominally democratic government that is really under military rule” (Mateo 2011, 90). The country started experiencing a crime wave in the 1990s, after the imposition of neoliberal structural adjustment programs increased inequality and repression. Wages stagnated through the 1980s and 1990s, and the destruction in 1998 by Hurricane Mitch amplified existing poverty and inequality and unemployment trends (Booth, Wade, and Walker 2010). Although more than half of Hondurans lived below the poverty line in the 2000s, (Mateo 2011), according to the World Bank, almost two thirds of Hondurans today live in poverty, with 6 out of 10 rural households living on an income of less than $2.50 a day.

Poverty and increasing inequality trends intersect in multiple ways with gender inequality in Honduras, affecting the functioning of institutions and the justice system in charge of protecting women from violence. This intersection produces a lens through which the lives of women, especially poor women, are not seen as valuable. Thus, when those who are in charge of writing laws and implementing them live in the same context and hold the same views and attitudes about women as those who perpetrate violent acts, laws to protect women from violence will be ineffective. We argue that without broader societal change in attitudes toward women and gender inequalities more generally, no matter how well-intentioned laws are, they will continue to fail women and ultimately result in their killings. Women’s citizenship rights will be subverted when the state, through actions and inactions, perpetuates and reinforces women’s unequal access to justice.

What are the risks to the majority of women who decide to stay in Honduras and endure the current context of multisided violence? Recently, the recipient of Miss Honduras (María José Alvarado) and her sister (Sofía Alvarado) were murdered – shot 24 times between the two of them. The UN special rapporteur on violence against women noted that “The climate of fear, in both the public and private spheres, and the lack of accountability for violations of human rights of women, is the norm rather than the exception”. In such a climate of fear, women cannot reasonably participate as democratic citizens as they risk becoming another Berta Carceres or another Miss Honduras. Given the U.S. complicity in contributing to this violent context, keeping avenues open for asylum for its most vulnerable potential victims is imperative.

Photo by Karen Mejía, feminist, defender of women's human rights, lawyer and feminist activist with the Network of Young Feminist Women of Honduras. The photograph is of an altar in front of the Ministerio Público in Honduras. It was created collectively by women of the feminist movement to demand a stop to feminicide in Honduras in view of the recent quantity of assassinations and high levels of impunity in these cases. Photos of victims include one of Berta Cáceres, internationally known indigenous leader and environmental activist assassinated in 2016. 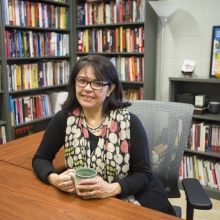 Cecilia Menjívar
Cecilia Menjívar is Foundation Distinguished Professor in the Department of Sociology and Co-Director of the Center for Migration Research at the University of Kansas. Her research has focused on the effects of the U.S. legal framework on the lives of Central American immigrants in the U.S., and on the structural and institutional bases of gender-based violence in the three northern countries of Central America. 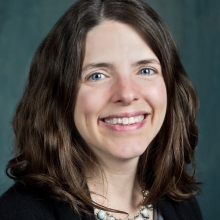 Shannon Drysdale Walsh
Shannon Drysdale Walsh is an Associate Professor in the Department of Political Science at the University of Minnesota Duluth. Her research explains the development and variation in practices within justice system institutions that address violence against women in Latin America. She also produces scholarship on the impacts of women’s representation, patterns of crime and victimization in Latin America, and sex trafficking in the United States. Dr. Walsh holds an MA and PhD from the University of Notre Dame and a BA from the University of North Carolina at Chapel Hill.