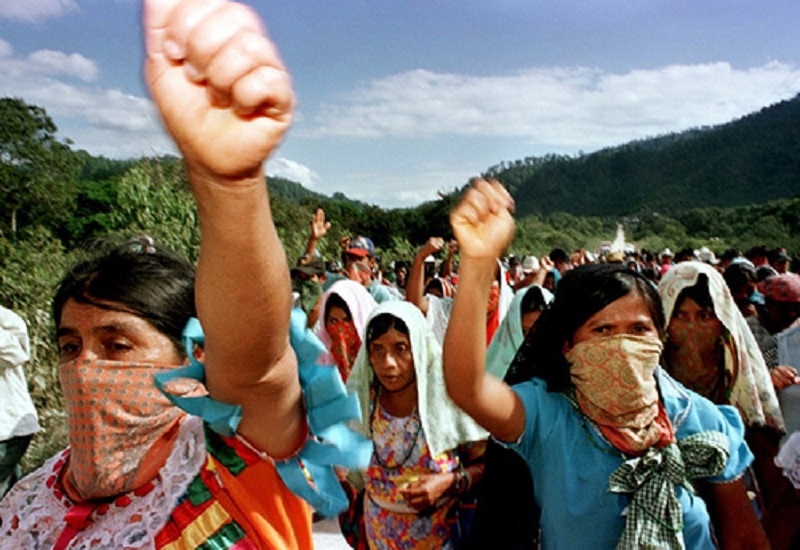 Speaking to a crowd in the southern state of Chiapas in February, a region with the largest indigenous population in Mexico, Pope Francis condemned what he called “the systemic and organized way your people have been misunderstood and excluded from society” (Puella and Bernstein, 2016). These misunderstandings and exclusion have created in Mexico a situation in which indigenous communities face significantly higher rates of poverty, a problem that impacts their overall quality of life and access to basic resources for 12.6 percent of the population.

Chiapas is an important state for understanding indigenous history in Mexico. Since 1400 BCE, Chiapas has housed a sizable indigenous population. Today, one can still find the Mayan ruins of Palenque, Yaxchilán, Bonampak, and Chinkultic in the state. Chiapas was the state that produced Emiliano Zapata, a famous revolt by the Zapatista army in 1994, as well as the occasional indigenous rebellion. Currently, “the state has one of the largest and most diverse indigenous populations in Mexico, with approximately 959,000 native language speakers over the age of five, which represents one quarter of the state’s population” (History Channel).

Yet, despite a rich history, Chiapas, as compared to the rest of Mexico, has historically faced higher levels of poverty and economic insecurity. This poverty and insecurity has roots in what Pope Francis labeled the “systemic and organized” exclusion of the indigenous communities from Mexican society. Chiapas is not the only state with a rich history of indigenous communities, and as such, it is not the only state with a troubled history of the marginalization of the indigenous. Indigenous communities in Mexico live on the margins of Mexican society, living in communities with higher levels of poverty, poorer health outcomes, lower life expectancies, and poor academic performance (Sevran-Mori et al, 2014).

Levels of Poverty: According to the United Nations’ 2015 report on the status of the world’s indigenous peoples, 80.6 percent of Mexico’s indigenous population lives in extreme poverty (United Nations, 2015). These high rates of poverty correlate with high rates of food insecurity among children. In the three states with the most concentrated indigenous populations, the vast majority of children live under the poverty line on less than two dollars a day. In Chiapas, 81.7 percent of children live below the poverty line; 77.1 percent in Guerrero; and 66.9 percent in Oaxaca. This means that the majority of children in these indigenous communities go to bed hungry (Yucatan Times, 2014). Furthermore, these high rates of poverty equate to low levels of adequate infrastructure, with indigenous communities lacking widespread access to durable flooring material, clean water and sanitation, schools, health clinics, or medical insurance. All of these factors of poverty combine together to create a situation of poor health, lowered life expectancy, and decreased education rates in these indigenous communities.

Academic Performance: As of 2014, in Mexico’s indigenous communities, only 27 percent of children graduated from high school. While the national illiteracy rate in Mexico is 8.4 percent, among the indigenous populations the illiteracy rate is raised to 44 percent (PressTV News, 2014). Higher education attendance is extremely low, with only 3 percent of indigenous peoples attending institutions of higher education, compared to 15 percent of the national population. These lower rates of education can be equated to a lack of schools in rural areas; lower quality teachers in indigenous areas; and poorer test scores and academic achievement due to language barriers, as Spanish is a second language for most indigenous children.

Oportunidades, a social cash transfer program in Mexico, has been instrumental in helping poor communities in Mexico. Despite this, many rural indigenous communities in Mexico have been excluded from the program. These communities do not meet the basic requirement for inclusion in the program, as they do not have a school or health center that would be necessary for the inclusion in the program. The result of these requirements is that those most need of aid are excluded, perpetuating a cycle of marginalization and poverty. While Mexico has written the protection of indigenous rights into their constitution, and has signed international treaties on the issue, the continued marginalization and exclusion of these groups has created widespread poverty and chronic health and education problems, problems that the Mexican government has largely failed to address.

“More than 20 Million Mexican Children and Adolescents Live in Poverty (More than 4 Million in Extreme Poverty).” Yucatan Times. May 26, 2014. http://www.theyucatantimes.com/2014/05/more-than-20-million-mexican-children-and-adolescents-live-in-poverty-more-than-4-million-in-extreme-poverty/