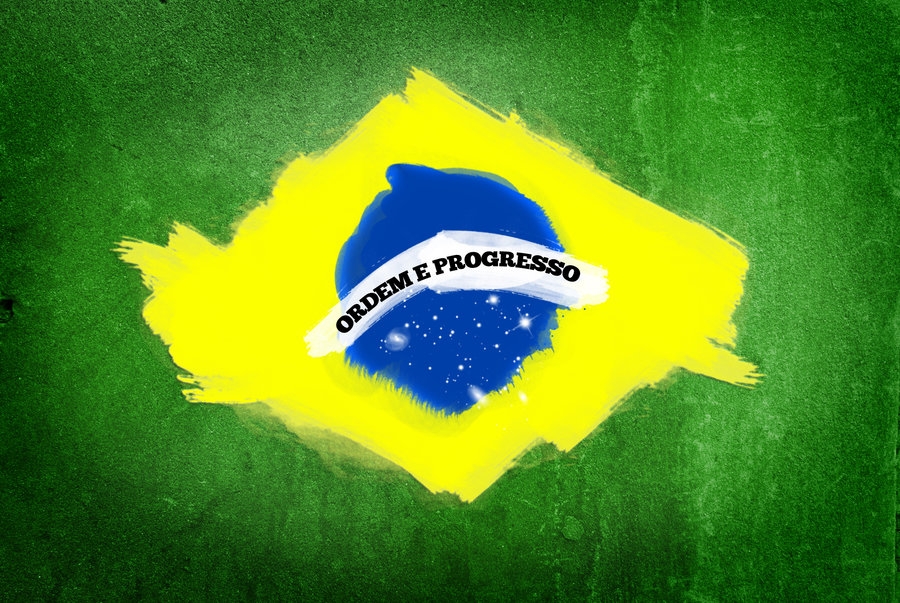 For awhile there was hope that despite significant challenges, Brazil would be prove to be a successful host of the 2014 World Cup set to begin June 12th, but as the date nears, it seems as if that hope is dwindling. The Brazilian government, FIFA, and perhaps most of all, Brazilian citizens are experiencing frustration at different levels: the government is frustrated with lack of progress on construction and infrastructure projects as well as inability to quell public dissent; FIFA has expressed serious concerns that some of the stadiums may not be finished in time and that the event logistics have not been sufficiently worked out; and the Brazilian people have protested the World Cup time and time again because for them, spending billions on a sporting event represents a massive misunderstanding of priorities for a country with high levels of poverty and inequality.

In recent days, there have been two major events that epitomize this frustration. On Monday, May 26th, approximately 100 teachers surrounded a bus full of the Brazilian national football team as it attempted to leave Rio de Janeiro for a training camp in nearby Teresópolis.1 Military police, federal police, and officers from the Brazilian army somehow failed to keep this relatively small group of teachers from surrounding and kicking the bus, and attaching anti World Cup stickers to its façade.1 While the event left none physically harmed, it alarmed players, frustrated the Rousseff administration, and demonstrated the level of anger by a segment of society not known for extremism or violent outbursts.

Just the following day, May 27th, 2000 protesters clashed with police outside of the Mané Garrincha stadium in Brasília. The protesters, a mix of activists from indigenous communities and the Movimento dos Trabalhadores Sem-Teto (MTST), began their activities peacefully, but the protest grew violent as police were unable to keep individuals from accessing Mané Garrincha’s entrances.1 The police resorted to the use of tear gas and stun guns to repel the protesters who were reportedly throwing rocks and, in the cases of some of the indigenous activists, shooting arrows.1 There was a prompt official reaction the following day with the Brazilian Defence Ministry stating that, “Following the incident, various other measures will be taken to ensure this is not repeated,” and Rousseff ordering a review of security procedures so that there will be “no trouble at the World Cup.”1

These events are just the most recent in a series of protests that have occurred regularly throughout the country over the last several months, and observers don’t need to look far to see the causes for the public frustration. The most fundamental objection by activists and protestors is simply that the Brazilian government has an irresponsible and unjust set of priorities and is using its extremely limited resources to throw an international party, rather than address the serious economic and social issues Brazilians face. That Brazilians see football as an integral part of their history and culture only underlines how much the situation has deteriorated: under “normal” circumstances, the World Cup should invite an atmosphere of celebration, not disgust and outrage. Rousseff, who was arrested and jailed for two years following the coup in 1964 for her membership in a Marxist organization, is now seen as a sellout for her role in catering to the nation’s economic elite and FIFA’s demands.2

It’s difficult to say that the Brazilian government doesn’t deserve the nation’s ire. From the beginning, the entire process surrounding World Cup preparations has been surrounded by corruption, inefficiency and excess. In 2012, when World Cup preparations began, the top four political donors were all major construction companies that have since profited immensely from the number of stadiums and supporting infrastructure that is required to host the games.1 The Mané Garrincha stadium in Brasília, for example, will end up costing over $900 million dollars, well above initial projections.1 There are examples of expensive projects that seem entirely superfluous. Yan Boechat, who writes for the popular Brazilian magazine Revista Istoe, stated2:

“A lot of money was spent on construction of things we don’t really need,” Boechat said. “There’s a big stadium in Manaus, a place without a football culture and not even a team in the first or second division. The government removed hundreds of thousands of poor people from their houses to make space for stadiums, roads to lead to them, and other construction projects. Most of these people were sent to places far away from the city centers.”

Despite the billions spent on World Cup preparations, reports from Brazil are making it clear that many of the sites are unlikely to be ready when the games begin early next month. FIFA General Secretary Jerome Valcke recently expressed concern that stadiums would not be ready on time in São Paulo, Natal and Porto Alegre.5 Even the supporting infrastructure such as hotels and restaurants look unprepared for the massive influx of athletes and spectators: Brazilian authorities from the Consumer Protection Agency Procon confiscated expired food “unfit for consumption” from several hotels that will be hosting not just fans, but the Italian and English national teams.3 While the government can’t be expected to control the minutiae of food regulation in hotels, this is not an encouraging sign.

National concern over the upcoming World Cup has united Brazilians who may not normally find each other on the same side of an issue. It is not surprising that  more traditional social groups such as bus drivers, teachers, union workers, street cleaners, and police officers have stuck together and even created new groups like MTST and Direitos Urbanos (Urban Rights) to protest the games, but it is certainly unusual that these groups have organized collectively with anarchists and anti-capitalists on the extremes of Brazilian politics.2 This albeit temporary coalition of groups with usually discordant agendas provides further evidence of the state of affairs in Brazil. These activists aim not only to use the international spotlight provided by the World Cup to expose the fraud and corruption in the Brazilian government, but within the notoriously shadowy FIFA organization as well. The slogan “Nao Vai Ter Copa” (“There Will Be No Cup”) adopted by some activists has contributed to the ominous atmosphere as the Cup approaches.2

Indeed, it seems as if whatever economic benefits enjoyed by the Brazilian business elite and the politicians they support has not contributed to improving the national picture. The Brazilian economy grew at a meager 0.2% in the first months of 2014, less than projected.4 Maybe one thing that both the Brazilian government and its citizens can agree on is that the influx of tourists, which is projected to exceed 600,000, can provide the economy with the type of immediate, though temporary, growth that the World Cup preparations have not been able to generate. Hopefully the additional commerce brought on by this tourism, combined with a successful run for the Brazilian national team, can calm the situation in Brazil before it grows even more dire.

Eamonn Berry
Eamonn Berry is a 2nd year graduate student at University of Pittsburgh's Graduate School of Public and International Affairs, where his major is International Political Economy and he is seeking a certificate in Latin American Social and Public Policy. He previously attended the University of Vermont, where he majored in Political Science and minored in Spanish. Eamonn has political and legal experience, and is pursuing a career in public policy.