When Can Governments Make Structural Reforms to their Health and Pension Systems?

Despite similar social policy trajectories, Argentina and Brazil have had different histories of health and pension reforms. While in Argentina the Peronist party partially privatized the pension system in 1994 and renationalized it in 2008, in Brazil we observe no major changes to the pay-as-you-go pension scheme. Conversely, Brazil was able to reform its health system in 1988 towards universalism, while Argentine governments have been unable to modify the three-pillared scheme of health care (public, private, and social insurance). What explains these differences across countries and social policy sectors?1

This article argues that the achievement of structural or broad social policy reform is contingent upon the strength of organized civil society and its interest in promoting or impeding changes.2 In the presence of a strong organized civil society supporting a given reform, the occurrence of structural change is highly likely, and in the presence of strong relevant organized groups opposing the reform, structural social policy change most often does not occur. The cases of Argentina and Brazil demonstrate this dynamic.

In 1994, Argentina moved from a national pay-as-you-go pension coverage, which dated back to the 1940s, to partial privatization. The system was two pillared, including pay-as-you-go coverage and an individual capitalization fund. These reforms lasted until 2008, when the country returned to a singular pay-as-you-go scheme. Although the outcome is the same – structural reforms in 1994 and 2008 – unions presented a stronger position in the former than in the latter. While the unions had to be convinced about the necessity of privatizing the system,3 no 'convincing process' was needed for re-nationalization. In the 1990s unions pressured for a mixed and not fully privatized system (and the reform process took four years) and in the 2000s they remained on the margins (and the reformed bill was approved in two weeks by both legislative chambers).

While unions in Argentina were willing to negotiate pension reform, structural health reform was non-negotiable in the 1990s or in the 2000s. The three-tier system therefore remained intact: a publicly-financed sector (administered by provinces and large municipalities), social insurance funds (obras sociales, administered by unions), and a private sector. The absence of broad reforms responds to the fact that health funds represent a key resource for Argentina’s unions. Most of the social insurance companies run by unions date back to the Peronist era (1946-1955) and base a considerable part of their revenue on health funds. Therefore, obras sociales represent a key resource for the labor movement. In fact, the assets of the unions in the health funds were so high that the until-then divided General Confederation of Labor unified to oppose the reform and obtained a number of important concessions, such as the exclusion of private insurers in obra social competition.4

The case of Brazil played out in reverse, as the country implemented structural reforms in health care, while its pension system did not move towards privatization. The lack of structural reforms in the pension sector is due to the strong opposition from civil servants’ organizations built around public sector unions. Civil servants have been the most articulate and vocal of all potential losers. They constitute the highest unionized sector of the economy in Brazil and have direct access to the Congress through their alliances with the Worker’s Party (PT) and other groups. Their main opposition has been directed at avoiding privatization following the Chilean example in the 1990s and avoiding ceilings on the higher pensions. Although Lula’s Party had closer linkages with the Unified Workers’s Central than Cardoso’s, attempts at reforming the pension system also faced strong opposition from the same groups. Lula was more successful than his predecessors at achieving reforms in the pension sector, but he did not have the kind of union support that the Peronists exhibited due to the high level of union fragmentation. In July 2003, for example, more than 400,000 civil servants participated on a march in Brasilia, calling the legislators who supported the measure ‘traitors.’ In a context of a minority government, this increased the cost of support for Lula’s proposal in the legislature.

Unlike the pension system, Brazil structurally reformed its health sector in 1988. During the military dictatorship (1964-1985) the Brazilian health system depended almost exclusively on contributions from workers and employers in the formal market, and it was also funded by general revenue and out-of-pocket expenditures. The system was therefore tripartite as in Argentina, including social insurance, public, and private schemes. The 1988 democratic Constitution transformed the tripartite system to a dual one that eliminated social insurance. It was called Unified Health System (SUS – Sistema Único de Saúde). This major health reform was carried out as a result of the pressure from the Sanitarista movement in the context of a constitutional reform. The Sanitaristas arose in the context of the dictatorship, which had weakened most of the organized civil society groups. Health professionals began to form a strong and ideologically coherent movement in support of a strong public health sector, and that movement gradually ‘infiltrated’ the state after opening to democracy in the early 1980s.5 The transition to democracy and the writing of the 1988 democratic constitution gave them a favorable structure of opportunity to push forward a reformist agenda.

Organized unions and other civil society groups are crucial for understanding the possibility of broad pension and health reforms in Argentina and Brazil. The mere existence of strong unions is not enough to explain structural reforms, since the game is defined in the interaction with their position for or against and the strength and position of other interests groups. Strong unions in Argentina were able to influence the pension reform. Similarly, a strong civil society group (the Sanitarista movement in Brazil) was able to affect the enactment of extensive health reforms because they consistently supported it. Finally, strong unions (civil servants’ unions in Brazil and union-run obras sociales in Argentina) successfully blocked reforms when it was in their best interest not to negotiate with the government.

2 A structural reform is one in which there is a modification in the sources of funding or the actors in charge of administering the service. 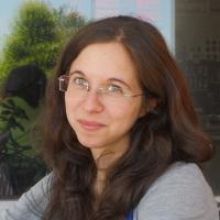 Sara Niedzwiecki
Sara is an assistant professor of political science at the University of New Mexico. Her book manuscript Multilevel Social Policies and Political Alignments analyzes the implementation of non-contributory social policies in decentralized countries. Her work on the politics of social policy and on multilevel governance has been published by Oxford University Press, Comparative Political Studies, Latin American Politics and Society, Studies in Comparative International Development, the Journal of Politics in Latin America, and International Political Science Review.