What is 'feminicidio'? And why is it such a problem in Latin America? 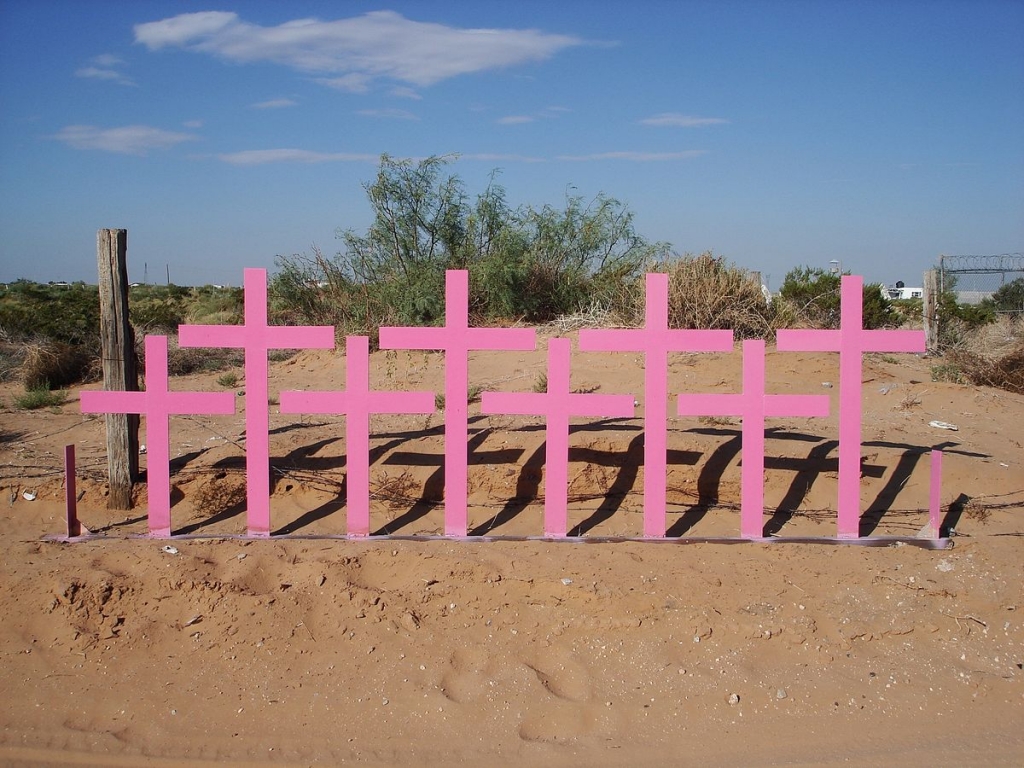 Violence against women—including domestic violence, sexual assault, rape, and even murder—is a devastating issue that is undeniably far too widespread throughout the entire world. In many countries, simply being a woman is considered reason enough for her to be harassed, disrespected, or much worse. And, while this problem is a critical one that must be addressed in countries around the world, and in developing countries in particular, special attention has been given to the disproportionately high rates of violence against women in Latin America.

Out of the 25 countries in the world with the highest rates of violence against women in the world, 14 of them are in Latin America and the Caribbean (UN Women). Of the top 10 countries considered to be the most dangerous for females, 7 are in Latin America (UN Women). These disturbing statistics have led people to question what exactly it is about Latin America that makes it so prone to this form of violence—and what, if anything, can be done to change this pattern.

Of all of the forms of gendered violence around the world, the most severe has gained global attention: femicide. Femicide, or feminicidio, refers to the murdering of a woman simply due to the fact that she is a woman. The term feminicidio entered the Mexican dialogue in the 1990s amid a wave of misogynistic violence in the northern city of Juárez, Mexico. Though it is difficult to gather data on the exact number of incidents, it is estimated that at least 1,500 women were victim to femicide in the city of Juárez alone between the years of 1993 and 2014 (McGill International Review).

Among the countries in the world with the highest known rates of femicide are Honduras, El Salvador, Guatemala, Argentina, Mexico, Brazil, and Venezuela. Other countries throughout the world that struggle with similarly high rates are India, Russia, Afghanistan, and the Democratic Republic of the Congo (The New Economy, 2014).

One of the greatest difficulties when it comes to studying this form of violence is that the statistics are not always reliable from country to country. Due to a lack of knowledge (or a lack of concern) about the issue, in many countries the data on homicides is not disaggregated by sex, and therefore cases of femicide are wrongly labeled as homicides (UN Women). This false categorization ignores the role that gender plays in the victim’s death and makes it incredibly difficult to gather accurate data about the true severity of the problem around the world.

Since the rise of violence against women in the border town of Juárez in the 1990s forced a spotlight onto the problem of gender-based violence in Mexico, public awareness has increased, and law enforcement officials have (to an extent) learned to identify and investigate these hate crimes more thoroughly. However, the system still suffers from inconsistencies in reporting and improper categorizations, meaning that it is still difficult to discern the exact number of victims.

Why is gender-based violence such an issue in Latin America?

With such extraordinarily high rates of femicide and violence against women in Latin American and the Caribbean, considerable attention has been directed towards the question of ‘why’? What exactly is it about Latin America that makes it so prone to this misogynistic form of violence?

The most common argument is that a part of the culture in Latin America is a certain level of tolerance or comfort with the idea of violence against women and girls. Violence in the region is normalized to an extent; this can be seen in the media, and in disturbingly high rates of sexual assault and domestic violence in women and young girls.

This indifference to violence against women has been largely attributed to Latin America’s cultural norm of machismo, or the misogynistic ideology that perceives women to be inherently inferior and less valuable than men. This idea, prevalent throughout Latin America and the Caribbean, renders women as little more than the property of men, meant to be conquered sexually and physically (Foreign Affairs Review). It is this pervasive ideology that gives men the freedom to shout demeaning things to women on the street, or to behave in sexually aggressive ways.

Many argue that it is this machista atmosphere that makes the region so susceptible to violence and a disregard for the lives of women. Guatemala’s Attorney General Thelma Aldana has argued that this blatant misogyny can be seen in the way in which victims of femicide are murdered. According to InSight Crime, many of the acts of femicide committed in the city of Juárez between 1990 and 2005 showed signs of ‘symbolic’ violence such as torture, rape, and mutilation.

Aldana compared this to the way in which men are killed: “the difference is that the woman is raped before she is killed, she is mutilated…This does not happen to men…It is clear to see how misogyny is present up until the moment of a woman’s death” (InSight Crime).

These disturbing facts act as evidence of a certain level of disregard for the life or pain of females, and perhaps even a certain level of anger or resentment towards women. But, more than anything, this indicates the true danger that such a misogynistic machista attitude can have on a society.

To what extent are these crimes punished or prosecuted?

Perhaps the largest problem when it comes to gender-based violence, and a reason that Latin America has gained such notoriety for the problem, is that so few of the cases are ever brought to justice. This is due in part to a corrupt justice system that makes it incredibly difficult to press charges—in Mexico, for example, a woman cannot file domestic abuse charges unless her wounds take longer than 15 days to heal (McGill International Review)— or that does not follow through on charges once they have been made.

When it comes to violence against women in Latin America, impunity is the norm. Where women do have access to the proper resources, authorities and justices often dismiss their cases, choosing either to not believe the victim or to blame her for the situation that she was in when she was attacked. In some countries in Latin America, the rate of impunity in femicide cases is estimated to be as high as 98% (UNHR). Meanwhile, in many countries nearly half of women experience domestic violence during their lives, and few cases are ever prosecuted.

Due to the high rates of impunity for gender-based hate crimes throughout the region, victims often choose not to report the crimes against them, since the risk that the perpetrator could find them and intimidate them is far too high. The indifference of the legal and justice system to the prosecution of these horrible offenses is a symptom of machismo, and only perpetuates the normalcy of violence against women.

Is there any hope that this will change in the future?

With an increased amount of attention given to gender-based violence in Latin America and the Caribbean in recent decades, women have begun to amplify the pressure themselves, taking to the streets in protest of machismo and feminicidio. Through a movement known as #NiUnaMenos (‘not one less’), started in Argentina in 2015, women throughout Latin America have led a powerful campaign against machista violence, and the systemic impunity that goes along with it.

Since the beginning of the Ni Una Menos, women and supporters of women’s rights have gathered in major cities throughout Latin America each year in early March on International Women’s Day to hold massive strikes. In 2017’s protest, women flooded the streets of Brazil, Peru, and Argentina holding signs reading ‘Machismo Kills’, and demanding punishment for perpetrators of femicide—and a similar wave of protests is expected to take place at the same time this year (Foreign Affairs Review).

In addition to this public response by masses of women throughout the region, the international community has denounced the prevalence of gender-based violence in Latin America and has taken certain measures to encourage justice for victims. Perhaps most notable is the Latin American Model Protocol, an effort launched in 2014 by UN Women and the Office of the High Commissioner of Human Rights to promote the investigation of gender-related killings of women.

The Model Protocol is meant to educate and inform law enforcement and justice systems on hate crimes against women and how they must be investigated and prosecuted. The Protocol sets a standard for investigation into femicides and seeks to emphasize the rights of female victims and their families who are seeking justice.

UN Women has worked to develop specialized legislation in each country to properly investigate and punish all forms of violence against women. In the past 10 years, the number of countries in Latin America with special legislation on femicide has increased from 8 to 16 as a result of UN Women’s efforts to spread and enforce The Model Protocol (UN Women).

It appears that these mass demonstrations and international efforts may finally be gaining some footing in the Latin American legal and judicial systems. One case that has made international headlines is that of Linda Loaiza, a woman who was kidnapped, tortured, and raped repeatedly at age 18 in Caracas, Venezuela—but has yet to attain justice. Loaiza, who was hospitalized for a year as a result of the incident, was rejected by 59 different judges over a span of 16 years (The Guardian).

Now, however, Loaiza’s attacker may finally get the punishment that he deserves as her case is heard this week by the Inter-American Court of Human Rights. This is the first case of its kind from Venezuela to ever be judged by the court—and, if the court rules in her favor, it will be a milestone victory in the fight against violence against women in Venezuela and will hopefully set a precedent for similar cases throughout Latin America.

After decades of violence and devastation to victims and their families, the voices of these women may finally be reaching an audience that is willing to listen. Many countries throughout Latin America—and the world—undeniably still have a long way to go when it comes to giving victims the justice that they deserve and dismantling the sexist machista culture that is at the root of the problem of gender-based violence. However, it may just be the case that, when international institutions and women stand together and make blatantly clear that this destructive and corrupt system must be transformed, they do have the power to affect actual change in their societies.