The Splitting Impact of Digital Democracy 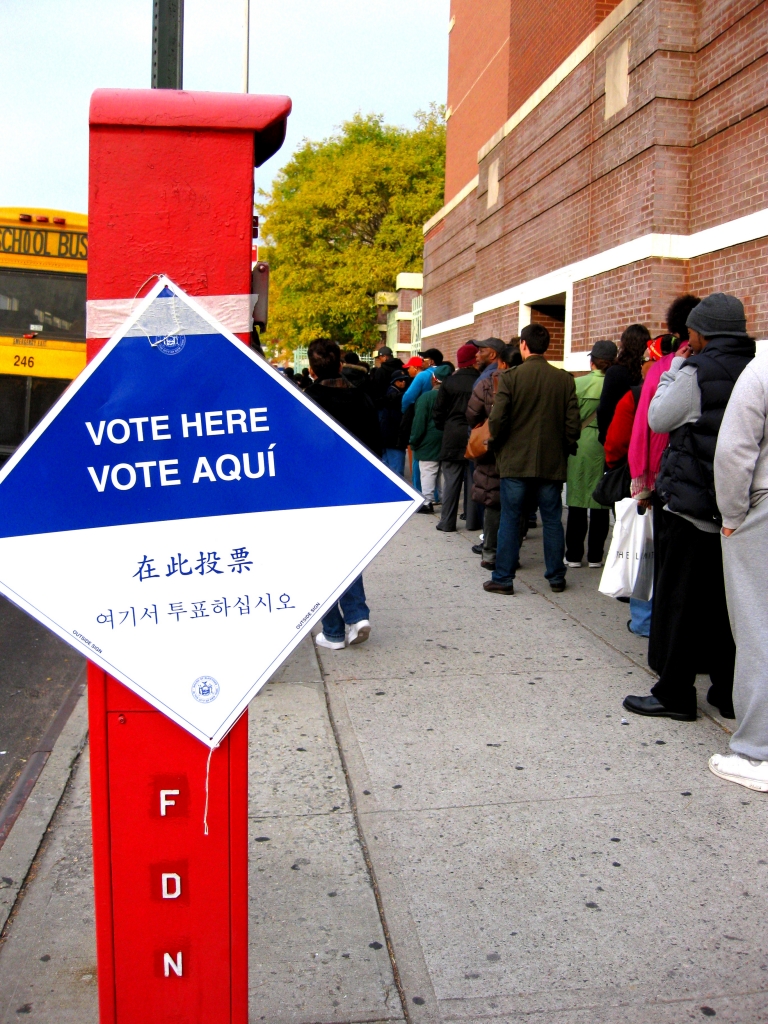 Digital democracies: Argentina's Electoral Lab
Despite the increasing use of electronic voting systems, several of the precursors countries have begun to take their steps back. The vast majority of the arguments against its use focus on the potential vulnerabilities that new technologies can bring, or the extra difficulty it may mean for citizens committed to oversight electoral processes. The later argument was used by the German Federal Constitutional Court in a ruling that prohibited the use of an electronic system thereafter1(Hidalgo, 2012).
Much less attention has been paid to other possible effects that may lead to changes in electoral behavior. One central concern about ballot design is whether it can favor or not split-ticket voting. We assesed this question and estimate the causal effect of a new electronic system implemented in Salta, Argentina. This research took advantage of the partial implementation of the new system decided by the electoral authority. This key definittion allowed us to identify both control and a treatment groups at a precint level and compare them across electoral cycles (2007 - 2011). All this elements permitted us to construct the analysis as a Difference in Differences (Quasi-Experimental) design.
Electronic voting is an expanding public policy in the world and Argentina is not the exception. For more than 10 years different administrations and levels of government throughout the country have driven pilot electronic voting (Tula, 2011) 2.
But it was not until the implementation of a new system in the province of Salta in 2009 that electronic voting was used extensively in general elections. From then on the phenomenon spread rapidly and an increasing number of subnational districts in Argentina began to make technological changes in their voting ballots.
Although a presidential legislative initiative did not pass in 2016, the ruling party intends to insist on the initiative. This was reflected after the recent mid-term primary elections and the discussion around the vote counts in the provinces of Buenos Aires and SantaFe3. And while the main arguments against the implementation of the new electronic voting system are based on technological issues, its possible effects on voters behavior have been underestimated. The results presented below start from this point and are closely related to the current reform project in Argentina and it´s challenges.
Casting Ballot Changes: Salta´s experience
As we pointed out, although there were numerous previous experiences, Salta was the first province to implement a complete step-by-step electronic voting system. With an initial test implementation, with a few precints in one small district (San Lorenzo) during the 2009 electoral cycle, electoral authorities planned to incorporate the electorate by thirds in following elections. Thus, during the electoral cycle of 2011, a third of the electoral list voted with the new voting system, while the rest maintained the traditional system of party ballots. Identification of those who would vote with each system is central for this research design.
A quasi-experiment oportunity
The Electoral Court of the Province of Salta was the body in charge of designing the implementation of the new system (approved by law in the provincial legislature at the urging of Governor Urtubey). Thus, for the provincial elections of 2011 it wasdecided that the first third that would cast its votes with the new system would be composed as follows: half of the electoral circuits of the department of Salta (Capital Group) and all of the Departmental headers of La Caldera, Oran and Metán (Periphery Group). In this way, “treated” and “control” circuits can be distinguished for each of the geographical groups4.
DATA, Methodology and Results
Our analysis focuses on the four departments where the provincial authority assigned treaty and untreated circuits (12 of the 59 municipalities in the province). The data set is based on the results for provincial positions (Governor, Senator and Deputy) for 2007 and 2011 elections, when the treatment was implemented. Given the secrecy of the vote, and the absence of post-election polls, it is impossible to work with data at the individual level of the voters so we must work with aggregate data5. 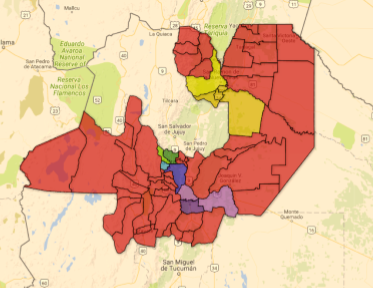 Figure 1: Map of the province of Salta with the municipal political division. In red the excluded Departments of our sample (where all the voters voted with the traditional system). The blue tones correspond to the sample “Capital” (where the population that voted with each system was divided into halves). The other colors to the sample of departments of the “Periphery”: in yellow tones the municipalities of “Oran”, the greens to “La Caldera” and violets to “Metán”. In this group the allocation of which system would be used was the following: the capital of the district vote with the new system and the rest of the municipalities of the department with the traditional system.
Split-ticket share (VDij) is our dependent variable6. This is defined as the absolute value of the difference of votes between lists of candidates for Governor (Gij) and lists of candidates for Legislator (Lij) for each party(j) in all electoral precints(i) of Departments where the new voting technology was used. We then add the distances and weight according to the relative weight of each electoral circuit from the total valid votes (Vi).
V Dij =∑i i=1|Gij −Lij|/2 V i (1)
The following Dot plot (Figure2) shows split-ticket share for different electoral precints. The sample differentiates between “treatment” (blue squares) and “control” (red circles) for the 2007 and 2011 elections (before and after treatment) and is divided into our two major geographic subsets: “Capital” and “Periphery”. 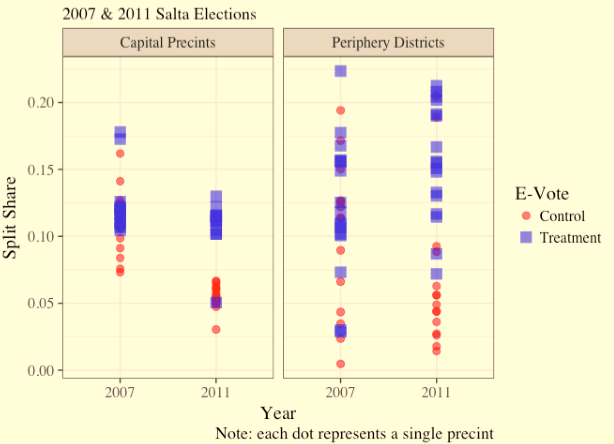 Figure 2: Split-ticket share across electoral precints for each geographic subset
Afirst look at the data shows that those precints that were submitted to the treatment  seem to have more spit-ticket in 2011 (the election year in which the electronic voting system  began) than in precints where they continued voting with the traditional party ballot system. In both regions, the 2011 election shows most of the squares above the 10 percent value. 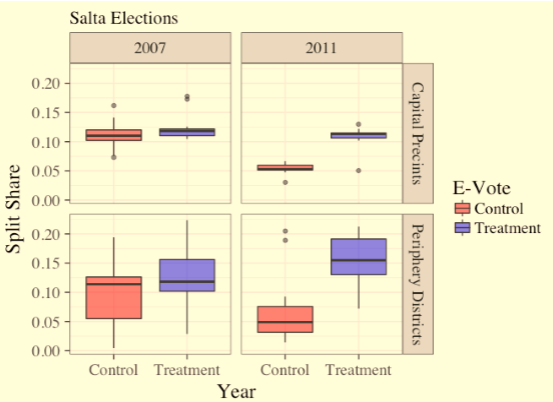 Figure 3: Split-ticket share distributions
The Box plot (Figure 3) clarifies previous information. Although there are differences in the distributions, the pre-treatment boxes (2007) show that the average for each group was similar (between 10 and 12 points). Meanwhile, in the following electoral cycle (2011) the differences between groups of “treated” and“control” precints are notorious.
In the first place, split-ticket share fell from election to election where the traditional party ballot system was maintained (red boxes). On the other hand, when the treated precints are observed (blue boxes), the image is somewhat different: the fall is smoother in one of the groups (Capital) and in the other the split-ticket share is even greater (Periphery). But in both cases, when analyzing the different groups in the post-treatment period, a larger split-ticket share can be observed in the treated precints than in the control ones.
Diff in Diff
A key element of the quasi-experimental double-difference research design is that no randomness is required to make causal inference7. By being able to distinguish the two groups (treatment and control) over two periods, we can estimate the impact of a given policy and estimate - under some assumptions- the magnitude of the effect (Gertler, et al, 2011).
Table 1: Ballot desing efect (E-Vote) on electoral behaviour 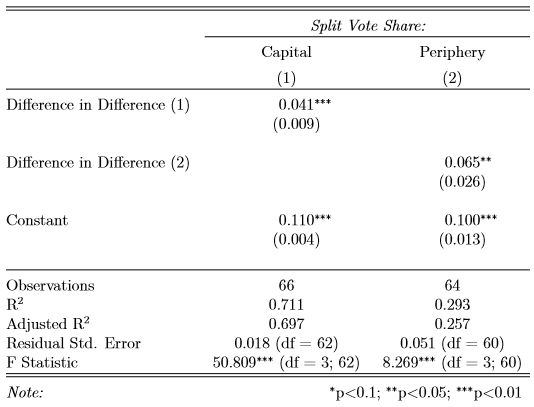 Regression analysis (Table 1) allows us to conclude that E-Vote favored split-ticket voting, when comparing it with the traditional party ballot system. Point estimates - “Average Treatment Effect on Treated ” (ATT) - were close to 4 points for the subset “Capital” and 6.5 points on average for the “Periphery” subset. The estimation of the two models are statistically significant.
Conclusions
Criticism of computer specialists is becoming more frequent when a government promotes the change of paper ballots to an electronic variant. And this is the main argument against the implementation of the new systems.However, less attention is paid to other possible effects such as electoral behavior that may lead too the difficulties in political systems.
Salta´s case study, based on a quasi-experimental research design, allows us to argue that the introduction of a new electronic voting system promoted larger split-ticket share between electoral categories.A direct consequence of this could be a greater possibility of finding divided governments8 and the dissociation of political competition (more territorialized and fragmented campaigns, where the candidates of a party competing for one category do not “support” the candidates of the other).
In addition, the possibility of making effective use of electora lprocesses as a mechanism for rewarding and punishing politicians can be undermined: accountability is more difficult to carry out when it is unclear on who to assess policy responsibility. Increases in split-ticket shares can make this situation worse. In a context where partisan identities seem to be diluted as opposed to more personalized political campaigns, instruments such as the one analyzed here could aggravate the situation.
For these reasons, it seems relevant to take into account these possible effects when facing a reform process like the one proposed in Argentina. Not only is it necessary to overcome the security and integrity demands of a digital democracy, but also to be aware of the possible effects that different ballot technologies and designs can have on political behavior, electoral results and, therefore,the political system outcomes.
1Those who defend its use often argue that these systems can benefit in agilityandsafety. AsTula (2011) notes, this is especially relevant when it comes to large democracies (in population and geography), where electronic voting may overcome logistical difficulties in the electoral administration. The experiences of India and Brazil are good examples in this regard.
2One of these, implemented during the general elections of 2005 in the City of Buenos Aires, performed a field experiment with different electronic systems layouts and evaluated their impact on split-ticket voting. They demonstrate that ballot designs and information bias affect electoral outcomes, such as split-ticket voting (Escolar, et al, 2008).
3Buenos Aires Governor María Eugenia Vidal attacked “kirchnerists” for the delays in the counting: “They must explain why they do not support electronic voting”, she said” (Clarín, 14/08/2017).
4There are at least two reasons to group the observations into two different samples. First, the different modes of allocation: the criterion on which units would be “treated” and “control” vary among subsets. Second, a more theoretical argument: it is expected that there will be significant differences among voters ofeach of these samples. Following Calvo (et al, 2009) we can assume the level of political information that voters consume and their ability to process it can have an effect on electoral behavior and,therefore, on outcomes. The division of the groups allows us to isolate possible biases in this sense.
5The province of Salta is divided into 23 departments. These are made up of 59 municipalities that in turn divide their geography into electoral circuits (our analysis unit). These bring together a set of voting centers (schools) that group all the ballot boxes where each citizen cast their vote
6Both the definition of the dependent variable and the observations selection for the “Capital” subset are based on Barnes et al. (2017).
7“The difference-in-differences method does what its name suggests. It compares the changes in outcomes over time between a population that is enrolled in a program (the treatment group) and a population that is not (the comparison group)”, Gertler (et al, 2011).
8“Because of the potential consequences that divided government carries for governability, accountability, and democratic stability, understanding when and why divided government emerges is also matter of considerable practical and normative importance” (Burden and Helmke, 2009) 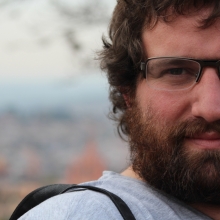