Spaces of Linguistic Discrimination in the United States 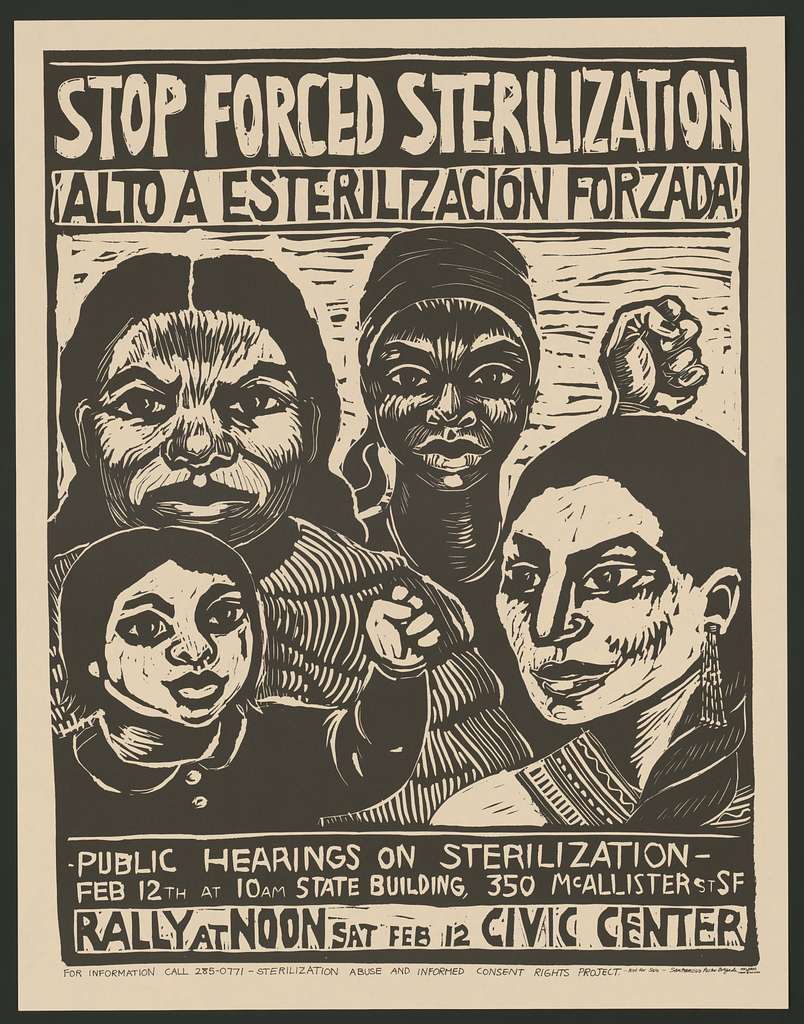 With every year, the number of Spanish-speaking people in the United States seems to grow exponentially. Currently, over 41 million people in the U.S. speak Spanish as their first language, constituting about 13.5% of the population. Furthermore, approximately 23 million native Spanish-speakers in the U.S. have some degree of proficiency in English. The United States has become the second largest Spanish-speaking country in the world, following Mexico (CNN, 2021). Despite the growing linguistic diversity and mainstream incorporation of Spanish, English-speakers in the U.S. have a historical tendency to harm and discriminate against Spanish-speakers through legal loopholes. Through the exploration of coerced sterilization in obstetrics and “English-only” work policies, we can investigate how the English language functions to suppress or manipulate linguistic minorities in the U.S.

For most of the 20th century, obstetricians practiced coerced or forced sterilization on many Latina women, primarily in Puerto Rico and California. The most common forms of sterilization are tube ligations, which include closes, cuts, or partial removal of the fallopian tubes. As one of many U.S. efforts to combat overpopulation, poverty and unemployment on the island, about one-third of the female Puerto Rican population received sterilization procedures from 1930 to 1970. Specifically, the Puerto Rican government passed a law which allowed a eugenics board to discretely conduct sterilization in 1937 (Andrews, 2017). Between the 1960s and 1970s, public obstetric clinics in California also frequently practiced sterilization on primary patients, who were typically Mexican and African American women (Andrews, 2017). Most commonly, doctors would push procedures or consent forms for a permanent sterilization procedure on women in the midst of giving birth via cesarean section (Valdes, 2016). Some speculate that desires to suppress cultural diversity and limit the growth of Latinx people under U.S jurisdiction may have encouraged the implementation of such coercive procedures. It remains unclear whether the U.S. government directly aided in mass sterilizations or legal restrictions were simply too slack (Andrews, 2017).

The California case of Madrigal vs. Quilligan (1975) demonstrates the use of language in a legal setting to justify coerced sterilization procedures on Mexican American women. Ten female plaintiffs filed a lawsuit in federal court against the Los Angeles County U.S.C Medical Center for “systematically sterilizing” mothers who spoke Spanish when giving birth. The main physician addressed in the lawsuit, Dr. E.J. Quilligan, denied all charges, arguing that the hospital was “practicing good medicine” (Valdes, 2016). Of the 10 women, their accounts represented different experiences with the same pattern of coercion and manipulation. Dolores Madrigal was told that her sterilization could be reversed. Melvina Hernández was unaware she had been sterilized after giving birth to her son until four years later. Jovita Rivera and Georgina Hernández said that doctors and nurses bullied them into sterilization and claimed their children were “burdens on California taxpayers” (Valdes, 2016). Many Chicano women rallied behind the plaintiffs in solidarity as the lawsuit gained momentum.

When the case went to trial in 1978, these women lost on the same basis by which they had been pressured or manipulated into a sterilization procedure: language. Judge Jesse W. Curtis ruled that the charges resulted from “misunderstandings” because the women were primarily Spanish speakers. He ruled further that “cultural background” caused their stress and frustration, alluding to the idea that Mexican women place more value in having a large family (Valdes, 2016).

While the court’s decision was undoubtably questionable, it was protected in a legal sense. The National Research Act did not include a clause requiring doctors to get voluntary informed consent until 1974 (Valdes, 2016). The voluntariness of informed consent encapsulates the idea that patients have “disclosure, understanding, [and] decision-making capacity,” the latter of which many women do not have while in labor (Cahana & Hurst, 2008). Dr. Karen Benker, the only physician to testify against the hospital, had said “I think it was easier to coerce or trick people who didn’t speak English well or who didn’t read English well […] or whose immigration status might have made them feel afraid” (Valdes, 2016). Although the hospital had won, California laws changed soon after because of the immense attention the lawsuit received. Hospitals responded by implementing a 72-hour waiting period for sterilization as well as translating informational booklets about sterilization into Spanish (Valdes, 2016).

American hospitals and U.S. policies collaborated in the effort to control the reproductive health of Puerto Rican and Mexican American women during the latter half of the 20th century. However, the superiority of the English language in the courtroom is not limited to female sterilization. In the workforce, a similar phenomenon of “English-only” policies emerged, causing blatant discrimination toward primarily Spanish speaking employees.

The court case García v. Gloor (1975) demonstrates how English-only policies cause a suppression of Spanish-speakers’ cultural expression and identity. Héctor García was a native-born Texan, with two immigrant parents from Mexico, so the family spoke Spanish in the home. García worked for Gloor and Lumber Supply Inc. of Brownsville, Texas, which needed bilingual workers to speak with Spanish-speaking customers. Despite the fact that the majority of the employees and clients in Brownsville were Hispanic, the company enforced a policy that workers could not speak Spanish amongst one another (González, 2011). The company terminated García’s employment for neglecting the rule multiple times, and García decided to file a lawsuit for discrimination. In 1980, a U.S. Court of Appeals ruled against the accusation on the count that García chose to speak in Spanish when he was fully capable of speaking in English. In other words, the company fired him for being bilingual and choosing to speak in his preferred language (González, 2011).

Since the 1975 García v. Gloor case, some progress has been made for combatting language discrimination within the work force. In 1998, 13 Hispanic workers filed a complaint against Premier Operator Services Inc., of Dallas, Texas for an almost-identical English-only policy: Spanish and other non-English languages were banned from the workplace at all times, except for conversation with Spanish-speaking clients. During the trial in 2000, the U.S. District Court for the Northern District of Texas awarded the 13 workers $700,000 dollars, representing “the largest monetary award ever obtained by the U.S. Equal Opportunity Commission (EEOC) in a lawsuit for English-only violations” (EEOC, 2000). Judge Paul D. Stickney opposed the company’s claim that the rule was meant to create “harmony” among employees. On the contrary, Judge Stickney explained that the policy only created a hostile work environment and feelings of “alienation and inadequacy” for Hispanic workers (EEOC, 2000).

Linguistic superiority is a sentiment which permeates into all aspects of life in the United States, especially evident in the judicial cases of obstetric practice and workforce discrimination. The cases of Madrigal v. Quilligan and García v. Gloor shed light on the utilization of English as a suppressive and manipulative tool against the United States’ 41 million Spanish speakers. Nevertheless, the change succeeding these cases shows voluntary consent in the primary language as an absolute necessity in healthcare and linguistic freedom as essential for cultural expression. While linguistic discrimination often lacks immediate understanding in the way that racial or gendered discrimination is recognized, it can be equally as damaging to the individual’s family, career, and self-image. Whether entirely Spanish-speaking or multilingual, Hispanic and Latinx individuals should be celebrated rather than tried for their diverse contributions to the United States.