The 'Security Trap' in Latin America: Using the State to Fight Violence with Violence 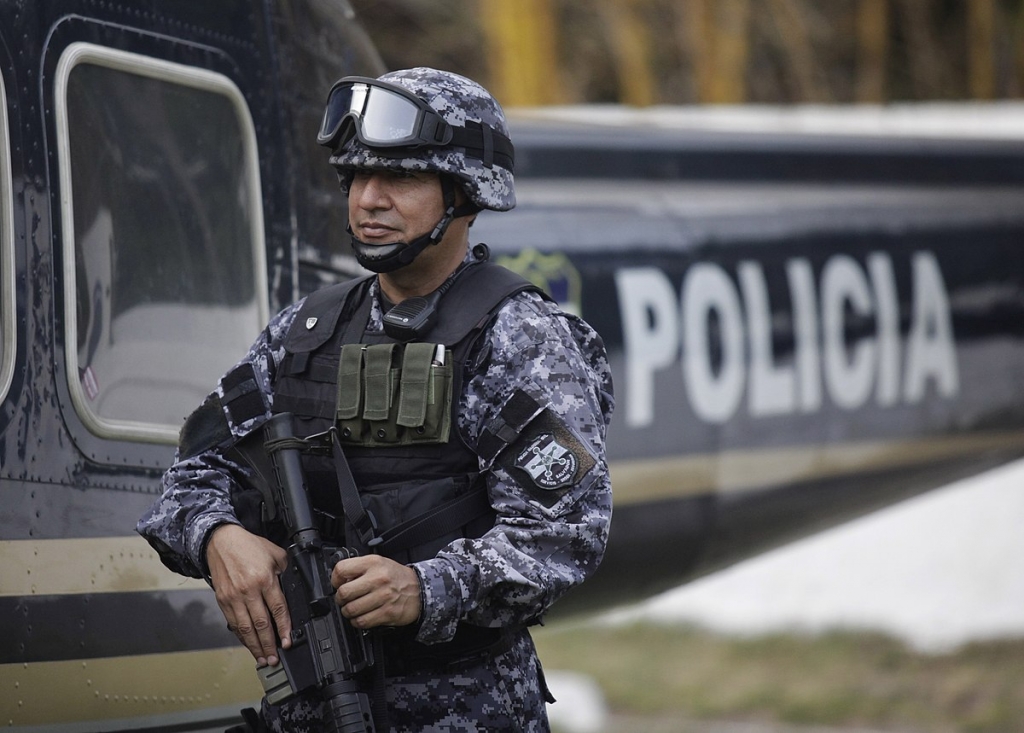 The region of Latin America and the Caribbean is considered to be the most violent in the world, with homicide rates that dwarf those in other parts of the globe. Despite widespread gains in areas such as education, poverty reduction, and improvements in average living standards, Latin American countries continue to have disproportionately high rates of violent crime when compared with the rest of the world. All of the world’s top ten most dangerous cities by homicide rate, which include cities in Mexico, Venezuela, and Brazil, are located in Latin America.

Some may find these statistics puzzling considering that many of these countries with particularly high murder rates have massive military and police forces which have been trained and strengthened in recent decades to combat exactly this problem. In addition, the latest campaign of the U.S.-backed War on Drugs in Latin America, in effect since the late 20th century, was meant to crack down on drug violence and establish security in the affected countries. However, it appears that these efforts have not had a positive effect at all on rates of violent crime in these countries—if anything, they may have even worsened the problem. This then raises the question: Where did all of this money go? And why haven’t new policing strategies in the region had any impact?

The answer to these questions can be found by viewing the situation in many Latin American countries as a ‘Security Trap’, which occurs when militarization and heightened security reforms are put into place in order to combat crime, but then actually have the opposite effect of worsening violence and damaging the state’s legitimacy. This phrase was first coined by Georgetown professor John Bailey, who defines the phenomenon as a situation in which ‘crime, violence, and corruption become mutually reinforcing and contribute to low-quality democracy (Bailey 2009). Bailey argues that a Security Trap arises when a country’s public sector—or its government, security forces, and politicians—merges with the private sector, which refers to independent citizens and informal organizations.

In an ideal situation or ‘positive equilibrium’, these entities are completely separate, and the public sector works actively to combat crime, which is committed by members of the private sector. However, in a Security Trap, this distinction becomes blurred. Criminal organizations infiltrate political bodies and security forces, and citizens begin to trust criminal groups and cartels more than they do their own government. And instead of working to fight crime, the public sector perpetuates it.

Ultimately, this notion of a Security Trap is just a theory and does not apply perfectly to any single situation. Bailey considers countries to exist on a sort of continuum, with some showing stronger symptoms of a Security Trap than others. A few countries which exhibit these symptoms are Mexico, Honduras, and El Salvador. Brazil too could be on its way into a Security Trap under its militant newly-elected President Jair Bolsonaro. After a data analysis, Bailey concludes that this phenomenon is notably more prominent in Latin America than in other regions.

Part of the reason that many Latin American countries suffer from the Security Trap is that, when confronted with heightened levels of violent crime in the late 20th century, several leaders decided to combat this problem with the strategy of mano dura, or ‘iron fist’. Mano dura typically comes in the form of crackdowns on criminal activity, tougher sentencing laws, and, often times, the denial of due process to suspects. In most cases, this strategy also involves the militarization of the police and the encouraged use of lethal force against suspects. Police militarization can take many different forms, including the creation of elite military police forces, the appointment of military officials to positions in the public security sector, and the deployment of the military to high-crime areas so that they can take over police responsibilities.

Generally, deploying the military to fulfill police duties is considered an emergency option only to be used temporarily in extreme cases in which the police are overpowered by crime and criminal groups and need some extra manpower to restore order. However, in the case of many cities, this strategy of militarization has become a permanent one, and the military has effectively replaced the police forces (Global Americans). Such has been the case, for example, in the Mexican border cities of Juárez and Tijuana (Human Rights Watch).

This process of militarization and the mano dura security strategy can then push countries into a Security Trap when these changes show to only have the effect of worsening crime and homicide rates. One reason for this unintended consequence is police brutality, which military police forces in Latin America are notorious for. This is because, while police officers are theoretically trained to investigate and prevent crimes and capture criminals, members of the military are trained to use lethal force against potential aggressors. Therefore, when military-trained officers replace the police forces, and when they’re then instructed by politicians to crack down on potential suspects, that is exactly what they do.

For this reason, the militarization of police forces in Latin America has had the effect of increasing levels of violent crime dramatically. In Mexico, there has been a clear correlation between the militarization of high-crime areas and an increase in human rights violations. Then-President Felipe Calderón is remembered for reviving Mexico’s mano dura policies and militarizing various cities beginning in 2006 in an effort to combat drug warfare—and the evidence linking this strategy to police brutality is astounding.

Between 2003 and 2013, reports of torture by security officials increased by 600%; Similarly, between 2006 and 2009, the number of complaints filed against the National Defense Ministry (SEDENA) increased by 1000% (Business Insider). Overall, in the case of Mexico, experts have found there to be a direct correlation between military deployment to address crime and an increase in murder rates and extrajudicial killings in those areas. And, as in many other countries in the region, impunity within the security forces is the norm and these cases are rarely tried in civilian courts.

And this phenomenon is certainly not unique to Mexico. A similar trend linking troop deployment with increased violence was uncovered in Guatemala (Insight Crime). All of the countries in Latin America with the highest rates of violent crime, including El Salvador, Honduras, and Venezuela, have taken the most militaristic approaches to criminal activity. Similarly, in Brazil under former President Michel Temer, the military was frequently used to crack down on cartel activity in the country’s largest favelas (Global Americans). In spite of these deployments, Brazil is considered to have had considerable overall success in reforming the country’s police system in recent years. However, many are concerned that new President Jair Bolsonaro, who has advocated for the extrajudicial killing of suspects and the arming of civilians, will force Brazil to slip into the same Security Trap as many of its neighboring countries.

Interestingly, despite the apparent negative consequences of militarization, public opinion data from countries throughout the region show that citizens overwhelmingly support the military and its involvement in policing. One potential reason for this is that having the military actively patrolling a city simply makes it feel safer, and it generates the belief that the state is taking action against crime (Insight Crime). Another explanation is that the police forces in many of these countries are considered by the public to be ineffective, weak, and corrupt—therefore, people support the idea of the military coming in to take over policing duties (Business Insider). In El Salvador, Honduras, Ecuador, and the Dominican Republic, over 80% of the population believes that the armed forces should have an active role in combating crime and violence (Insight Crime).

However, this perception that the military is somehow less corrupt than the police appears to be a dubious one. Since the military and militarized police forces have been used to combat crime as a part of the War on Drugs, new avenues have opened up for military officials to become involved with the illicit drug trade and make a profit. In the past decade, there have been reports of military officials in Colombia and Venezuela regularly engaging in the stealing and smuggling of fuel, a practice known in Mexico as huachicoleo (Business Insider). Additionally, soldiers and high-ranking military officials in Venezuela have been arrested for running their own kidnapping rings (Business Insider).

Therefore, the common conception that the military is somehow less corrupt than the police is a perplexing one. However, public support of the military is likely a big part of the reason why these countries are unable to escape from this Security Trap.

It is clear that, in recent decades, the regular use of the military to combat violent crime has been a popular strategy in many Latin American countries. Yet it appears that the involvement of the security forces with criminal activity, the perpetuation of violence and human rights violations by military officials, and the norm of impunity for these crimes, leaves these countries stuck in a Security Trap in which these criminal forces only serve to reinforce one another and exacerbate violence.

Perhaps what these countries need to escape from this ‘trap’ is legitimate judicial reform or the demilitarization of police forces. Experts advocate for improvements in the training of police forces and anti-corruption initiatives throughout the security sector. However, for now, the strategy of mano dura remains a popular one among leaders throughout the region, including those in El Salvador, Honduras, Mexico, and Brazil. So, as militarized forces retain control over high-crime areas, we are left asking the question: Is there really a way out of this Security Trap?