Representing Militant Renunciation: An Imperative for the Pilgrimage to Cuba

“Each of my two visits to Cuba was a pilgrimage and an adventure”1. This phrase of Jonathan Kozol make it clear that political pilgrimage entails more than a revolutionary impetus; the pilgrimage to Cuba entails a kind of impossible travel. For more than 50 years, the Cuban Revolution has become the Mecca of revolutionarism for left intellectuals from all quarters. After their visits to the Revolution, every group and generation of political pilgrims has produced a significant number of representations about their revolutionary experiences in order to extol, legitimate and export the Cuban model.

I refer to the imaginary of what belongs to the Cuban Revolution as a representational regime constructed by negotiation between the Cuban apparatus and the political pilgrimage. This imaginary has set up a hegemonic discourse for both the Cuban utopian project and the political pilgrim seekers for utopias. Similar to what happened in the Republic of China, the former Soviet Union and the Communist bloc in Europe, such relationship between the utopian places and the political pilgrims has made Cuba an exceptional event/place where one can find his own political and ideological awareness, as well as his own moral responsibility. In Cuba, the political pilgrims have not only found warm social bonds, social justice, egalitarianism, but also the persistence of Marxism and its confrontation with imperialism. This is one of the important reasons why Cuba is a place which has continued stimulating what we could call belated pilgrimage until today, even when a large part of international opinion “disapproves” the government’s totalitarian direction.

One of the initial formations of the revolutionary Cuban imaginary is what I have called cinema of political pilgrimage.2 I understand this corpus as a set of films –made between 1960 and 1970– comprising a common stock involving the Cuban cinema of revolution, the cinema of the Communist Block and so-called militant cinema of the capitalist sector. In part, this is because their directors whilst forming a geographically diverse political pilgrimage comprise first and foremost the two basic strands of the left in Cold War Europe: that of the Communist East, and that of Eurocommunist and progressive elements in the West. The cinema of political pilgrimage is consolidated as a genre around the Cuban Revolution, given that this has been the militant space that has generated and inspired most of the films produced in these pilgrimages. This involves, firstly, taking the Revolution as an opportunity to lay out a catalogue of historical, political and ideological contents, such as anti-imperialist militancy, the state of potential aggression against Cuba, social programmes, and the incorporation of excluded people into the revolutionary process. Secondly, it involves shifting production to the site of political militancy and filming with the authorization of the host institutions, always having a happy ending that reiterates the truths demanded by the political image culture of the left(s). And thirdly, it involves setting up and attacking an imaginary of evil that varies depending on the perspective of the director: against their own capitalist society if that is where they come from, or against the capitalist system as a whole in the case of directors from the Communist Block.

The revolutionary Cuban imaginary has established the political parameters of the exploitation of positive images such as the hero, the negro and the female. It also includes the exploitation of their behavior patterns such as the militant renunciation practised by women in terms of its derivation from the stereotype of salvation.3 The plot of Realengo 18,4 the pilgrimage film directed by Oscar Torres during his stay in Cuba in the first decade after the triumph of the Revolution, unfolds around a female figure who embodies such militant renunciation and seems to call on the Independence tradition of the Mambises rebellions. This is Dominga, a Black woman, mother, peasant and widow of the leader of the Association of Agricultural Producers of Realengo 18 and Adjacent Districts, who has been murdered by Batista elements. The crucial scenes of Realengo 18 occur as the coffee growers are trying to confront the US land grabs of 1934 and the differences between Dominga and her son Ñico caused by this confrontation.

Ñico thinks that the guajiros (the local peasants) are only useful for ‘rearing kids and unending work’ and he has become tired of living ‘under a guano roof and harvesting coffee’. Because of this, immediately after a row with his father, Ñico curses the land since he is ‘tired of hearing people talk about it’ as ‘if it were a person’, and abandons his home and the mountains to join the Republican Army so as to ‘have a better life’. In a later scene, Ñico comes back as soldier with a squadron to build a road and evict the coffee growers, and Dominga comes out onto the road, shouting ‘This is not your post’. Ñico replies, ‘I’m obeying orders’. Dominga appeals to mother love: ‘Let’s go Ñico you don’t have to go up there if you don’t want to. Let’s go, just the two of us’. However, in the face of Ñico’s resistance, with him saying ‘That would be desertion’, Dominga takes up her political role, asking him whether, if they ordered him to shoot his family he could do it. Ñico, remaining on horseback, silent, with his head lowered, offers a ‘yes’. An act which provokes Dominga’s last words as she goes to grab him and pull him off his horse: ‘Well then, go on, shoot, carajo, take good aim because I’m going to be up there as well, and I’ll be in the front line’. And, although an upset Ñico asks her not to go to the hills, Dominga goes off with the rest of the peasants. Finally, the squadron abandons the mission, being grossly outnumbered by the peasants. In the last scene, we see how Dominga, putting her maternal love first, rejects the land to go to the village in search of her son. ‘The land has become empty for me’, Dominga replies, crying, whilst she sets off in a cart with all her belongings but immediately orders a halt and gets down off the cart. The denouement is the following: Dominga, shot against the light on top of a hill, looking over the countryside, whilst the greenery is enhanced by spring music and sentimental birdsong. Dominga picks up some coffee beans and her image fuses with the plantation; there is a detail of her hands, forcefully grabbing the beans, while we hear her cry; and a detail of her hands squeezing the beans and grabbing a handful of earth while we hear her pray. ‘To give you strength. So your hands can rear like her’. A tilt-up shot of Dominga smelling the mixture of coffee and earth, and rubbing it over her body whilst she smiles at the camera and looks at the sky, at the end of what we could define as a scene of spiritual cleansing.

This finale reveals the transition required to finish the construction of the new woman militant: self-recognition through the mixing of earth and coffee is the act that pushes Dominga to remain in/with the land; rubbing it over herself becomes the ritual of renunciation of her son. Just as Ñico rejects the mountains to become part of civilisation, although at the cost of becoming part of the army, which has been his enemy till then and has even murdered his father, Dominga abandons her journey to this same civilisation in order to reunite with her only son, and stays on/ with the land, with what she considers the –political– foundation of her life. If Torres exalts Dominga’s capabilities over the rest of the plot in order to show her masculine discipline, on the other hand he disregards the drama that produces such discipline in her and her subsequent renunciation of what she loves most in the world: her son Ñico. So, the mnemotechnics of Realengo 18 fulfils its political pedagogy in using (its) History as the connection between past attitudes and decisions, and attitudes and decisions aimed at legitimising the priorities of present and future.5 This would mean making non-renunciation anomalous and consequently eliminating as many soft features in the female revolutionary character as possible. Although she is heard in the distance, the Cuban woman has to learn to temper herself: a ‘hardness’ that as well as being represented in the initial products of pilgrimage like Realengo 18, can also be seen in Los novios (the second episode of Cuba 58’)6 where María renounces both family loyalty and the hope of first love.

This matter let us add the experience recounted by the pilgrim Alfonso Sastre when he put on a play at the Festival of Latin American Theatre in Havana in 1964 and his subsequent debate:

A confrontation between an obviously counter-revolutionary father and his son, who in the course of the work comes to consciousness of the revolution and joins its ranks. The affair ends with bullets. At the end there was a seminar with actors and soldiers […] Among the many topics that emerged there was the moral violence of the confrontation between father and son because of politics […] At this a black soldier asked to speak, and said that the son’s actions seemed fine to him. ‘Did you confront your father like that?’, someone asked him. To which the soldier replied quickly and sharply: ‘In such a case, the revolution is my father, compañero’.7

In Sastre’s story, political renunciation is rounded off with the son’s decision: the revolution is my father. The violent moral confrontations when Dominga demands that her son go over to the side of the peasants and the son shoots his father because he did not want him to join the ranks of the revolution go beyond the revelation of the traditional family confrontation over political differences and the intergenerational contradictions from before and after the triumph of 1959, to create a being of renunciation. With this, just as with the stereotyping of suffering as heroic and cohesive practice,8 female renunciation will also be fixed as another sacrificial event to collectivise and propagandise. Hence, the imaginary of renunciation would be reified by a political pilgrimage whose moral intransigence and intellectual pedagogy, expanded in the search for emancipation, have never held back from using foreign tragedy –what happens in the Other’s society– to inveigh against their own: ‘the sordid and closed tragedy that is a capitalist society’.9

Revolution is my father it is not a revolutionary decision; it is an imperative ideal. By installing renunciation as a militant event, the Cuban apparatus and the political pilgrimage has not only eclipsed revolutionary values, but has suspended the choice and individual freedom, considering it to be a collection of trivialities.

5 One of the statutes of the National Congress for Education and Culture in 1971 required the growth of audiovisual products with an historical character to ‘link’ the present with the past. See, VV.AA. (1971), “Declaración del primer Congreso Nacional de Educación y Cultura”, in Casa de las Américas, n. 65-66, pp. 4-19. 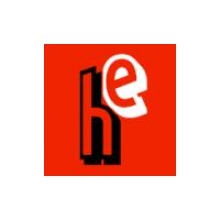 Henry Eric Hernández
Henry Eric Hernández (Cuba/Spain) is a social researcher, transdisciplinary artist and professor. He is a Graduate in Fine Arts from the Higher Art Institute of Havana and earned a Ph.D in Media Studies from the Complutense University of Madrid. Henry Eric has received fellowships from The John Simon Guggenheim Memorial Foundation, The Pollock-Krasner Foundation, The Christoph Merian Stiftung, among others. Perceval Press has published two of his books: Revenge (2006) and Another Island for Miguel (2008). Aduana Vieja will shortly publish his book: Mártir, líder y pachanga. El cine de peregrinaje político y la Revolución cubana. Webpage: https://independent.academia.edu/HENRYERICHERN%C3%81NDEZ