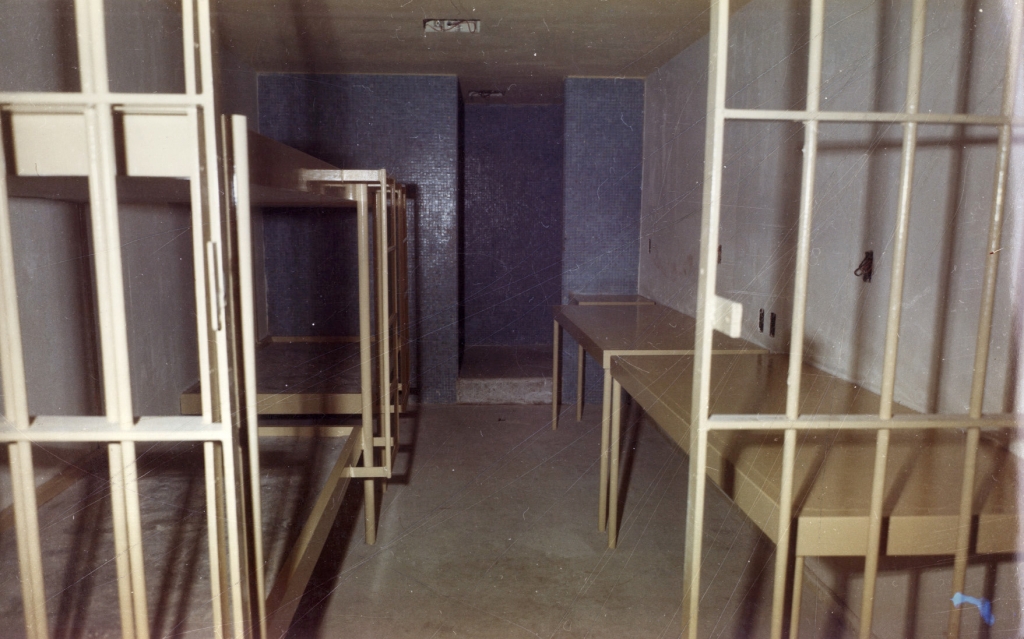 Guatemala places in the top ten among the most overcrowded prison systems in the world. A lack of infrastructure and financial corruption has left Guatemala in this situation. The economy of Guatemala correlates with this poorly maintained structure and system of prisons. A contributing factor to Guatemalan prison overpopulation is likely overpopulation within the country as well.

The reason for the high levels of corruption and overpopulation in prisons is partly due to the collapse of the prison system years ago. The specific date when the Guatemalan state lost control of their penal centers is ambiguous, as it has been a gradual but evident process. Prisons now act as a base for criminal activity. There is a bridge that appears to connect the governing elite with the prison elite—in the form of corruption. This was instigated by the overpopulated prisons that became the headquarters for many criminal organizations (Evi Kostner, 2018).

An example, of the government activity blurring into criminal activity is seen at the highest levels of the Guatemalan government. The president of Guatemala in 2015, Otto Pérez Molina, was convicted for money laundering and bribery schemes. After he was removed from power, it became evident that he was just one part of the extensive criminal sector that has gained control of much of Guatemala. In 2016, the attorney general of Guatemala, Thelma Aldana, stated that “at least 70 people in the country’s political and business elites have been implicated in money-laundering and bribery schemes that bankrolled Mr. Pérez Molina’s party” (The Editorial Board, 2016). Another example is of a former army captain, Byron Lima, who became wealthy from inside prison. Lima got rich through his connections and work amongst both sides of the line: criminals and government officials. Lima and Molina demonstrate how Guatemala does not have a distinct determinant between criminal activity and government, as they are often found working together (Fontes, 2016).

As previously mentioned, the prisons consist of a self-governance system amongst the inmates. This stems from the overpopulation because there are not enough guards employed to properly maintain the prisons. Also, guards often have been portrayed to use the inmates for profits. They earn money from “charging over 19,000 for a prison transfer and between $12 and $38 to remove prisoners from solitary confinement” (Mejia, 2014). The self-developed inmate system also revolves around money. Specifically, the inmates have established their own government that functions on bribes, wealth, and information. A glaring similarity between their national government. Nevertheless, the wealthier inmates can pay for their own rooms away from the overflowing hallways. This is appealing when there are not enough beds for inmates resulting in cramped hallways that smell of urine and sweat. A sleeping condition that is constantly infiltrated by mice, rats, and insects. For every available space, there is about three to six prisoners (Mejia, 2014). These horrible conditions for inmates and guards have stemmed from a misallocation of finances that have exacerbated the situation (Evi Kostner, 2018).

At times the prison system is abolished altogether. The former prisons become a site that is solely run by prisoners. In Guatemala, a prison that the people renamed as, the Independent Republic of Pavón, had no form of official guard/governmental control from about 1996 until 2006. The government regained control officially in 2006 after many failed raids. What they found was “hell on earth” (Lacey, 2006). Areas were designated for “pool halls, brothels, isolation chambers and computer centers, all run by some of Guatemala’s most feared convicts” (Lacey, 2006). In another Panoramas article called “Riot and Fire Kills 68 in Venezuelan Jail: The Pandemic of Prison Violence in Latin America,” Kristen Gugerli describes similar circumstances in Venezuela and Brazil, as well as how the role of gangs contributes to the problem (Gugerli, 2018).

In continuation, corruption amongst the finances allocated for the prisons has increased overcrowding and criminal activity amongst guards. By not monitoring prisons, the government has encouraged corruption. Where are the funds disappearing to? In 2013 and 2014, the penitentiary system was given about $42,000,000 in support of infrastructure improvement, more prisons, and guard salaries. In both years, none of this money was used to finance these things. This demonstrates how there is a lack of state control in Guatemala, that trickles down and affects people on all levels including those within the prison system (Evi Kostner, 2018).

If the Guatemalan regained control of their prison system they would not only find themselves with lower levels of corruption, but also with improvements to the economy. For example, giving over $80,000,000 away to unknown sources is one of many misallocations that burden the efficiency of the economy. Prisons have the potential to be used as a form of development within the economy. Specifically, prisons that are located within rural towns, have proved to be sources of economic development for these towns. According to research done by Suzanne M. Kirchhoff through the Congressional Research Service, the rural sector has used prisons to attract investment for their own infrastructure improvement and to increase employment. Locals have found that prisons offered a sense of stability for their economy and poverty rates. These statistics, however, were labeled as controversial in certain cases, but in the case of Guatemala regaining prison control would be beneficial for lowering corruption and increasing economic efficiency (Whitfield, 2008).

Uncontrolled prison corruption is a problem that many countries in Latin America face. Often, the chaotic nature of prisons stems from the instability within the government. Likewise, this overpopulation in prisons is correlated with higher rates of overpopulation in Guatemala. Similar problems of corruption and overcrowding in prisons is a problem that many Latin American countries face.