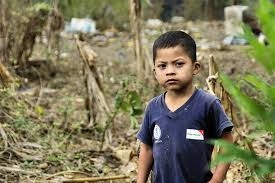 Guatemala has a problem with youth pregnancy. The veil of silence around sex, contraception, sexual assault, incest and pregnancy in impoverished Guatemala has led to severe consequences for many young girls and has negatively impacted the entire nation.

From January to August of 2015 alone, there were 4,431 pregnancies of girls between the ages of 10 and 14[i]. In the same time period, there were 64,398 young girls pregnant between the ages of 15 and 19, totaling 68,829 adolescent births in just a few months[ii]. Adolescent pregnancy is a trend that has been growing rapidly each year as evident by the fact that there were 43,130 youth pregnancies in 2009. These numbers are staggering as all together from January 2009 to August 2015, there were 405,213 adolescent births[iii]. This problem is complex and multifaceted, as it stems from countless different societal issues including poverty, a tradition of youth marriages, sexual abuse, lack of educational opportunities and lack of sexual education. Early pregnancies not only affect the health of the babies, but also the lives of the mothers. The immediate and long term effects of youth pregnancy affect seven of the eight Millennium Development Goals for Guatemala[iv].

Babies born to mothers under age 20 and living in poverty are 50% more likely to be stillborn, premature, malnourished or unable to survive more than a few weeks[v]. The complications from childbirth are so severe and common that they make up the second leading cause of death among 15 to 19 year olds[vi]. The consequences extend beyond the physical that can be seen by the naked eye. Girls who give birth at an early age are  forced to face various psychosocial consequences such as being more likely to be single mothers and leaving school, less opportunities for high paying jobs, having to face social stigma and being forced into economic dependence[vii]nearly always forced to drop out of school and suffer from malnutrition and discrimination[viii]. For many families living in poverty, it is economically advantageous to marry their daughters off at an early age so the daughter becomes the financial responsibility of her husband. Once girls are married or pregnant, they are forced into a system of economic dependence in which they have to rely on a man to care for them and their child. This dependence makes them vulnerable to abuse and limits their future opportunities.

Many of the pregnancies result incest or other situations of rape. Often times the girls are not knowledgeable enough about rape and consent to understand what is happening to them. Mirna Montenegro, the head of the Observatory of Reproductive Health, explains how the machismo culture hurts the young girls. She states, “The one who committed the rape did it because the ‘the girl provoked him’. The first mental image that people get is that the girl is guilty. This also means that mothers are often aware of their husbands raping their daughters, but fail to do anything about it. Many of these women have themselves been victims of violence.” In Guatemala, it is illegal to have sex with someone under the age of 15, yet there were over 5,000 girls under the age of 15 pregnant in 2014[ix]. Rape is still widely underreported, often due to the fact that 90% of offenders are close to the victim with 1 in 3 offenders being family members. There is not an effective structure for reporting and convicting rapists especially when it requires girls to report their own family members.

Those who have decided to become sexually active often do not have the knowledge to make an informed decision that includes some form of contraception. Only 28.1% of adolescents aged 15 to 19 reported using some sort of modern contraceptive method, 4.6% a natural method and 25.6% stated that they need a contraceptive method[x]. Only 62.4% of adolescents between the ages of 15 and 17 received sexual education[xi]. Often times the machismo culture of Guatemala prevents girls from getting contraception without being accompanied by a man. Even if they can gain access to the birth control they need, religious groups dissuade them from using it. In 2009, the government adopted the Family Planning Law which requires the Ministry of Education to include sexual education in primary schools and guarantees universal access to contraception. The full implementation of this law has been bogged down due to religious opposition leaving many girls without sexual education or knowledge of how to access contraception. Abortion is illegal except in rare cases in which girls must gain permission from various authorities which has resulted in many young girls seeking unsafe abortions in order to terminate their pregnancies[xii].

The Observatorio en Salud Sexual y Reproductiva (OSAR) has combined with various other organizations to develop series of programs to tackle the issue. Their project Protégeme del Embarazo is working to make sexual relations with a minor seen as a serious crime and encouraging girls who are raped to report their attack[xiii]. OSAR has also developed the Protégeme de la Violencia Sexual Campaign which uses children’s books to teach, in an age appropriate manner, about sexual assault, inappropriate physical contact and how to respond[xiv]. Another one of their campaigns is called Vidas Robadas which aims at using photo projects to demonstrate the consequences of youth pregnancy and the struggles young mothers face[xv]. Their Estas Listo? Estas Lista? Campaign also raises awareness of the realities of young motherhood, encouraging young couples to prepare and plan for children[xvi]. Other organizations use electronic babies and pregnancy simulators to show the realities of childbearing[xvii]. One of the most comprehensive education plans, Me Informo y Decido, was developed by Paz Joven and UNICEF[xviii]. This plan gives instructors a guide to teaching everything from sexual assault, incest, puberty, sexual orientation, realities of motherhood and contraception. While these programs are helping to educate girls and change perceptions of youth pregnancy, there still needs to be a complete cultural change to eradicate youth pregnancy.

Changes could be made to improve the rates of early pregnancy, but many of them boil down to the need for better education. The average number of years of education in Guatemala is a mere four years and only 3/10 of children graduate from 6th grade[xix]. One report found that one in every three teenagers who had children in 2012 had never been to school[xx]. With two million children not attending school, the majority indigenous, many young girls are unable to improve their or their family’s economic situation, forcing them to eventually become financially dependent on another man. Education is a means of attaining a better economic future and empowering young girls. Increase in sexual education can also help prevent unwanted pregnancies and teach children about unwanted sexual contact. However, for any major change to occur, there needs to be better education of the public about the causes and consequences of early pregnancy. Until the system is able to support all young girls, education alone cannot fix the problem.