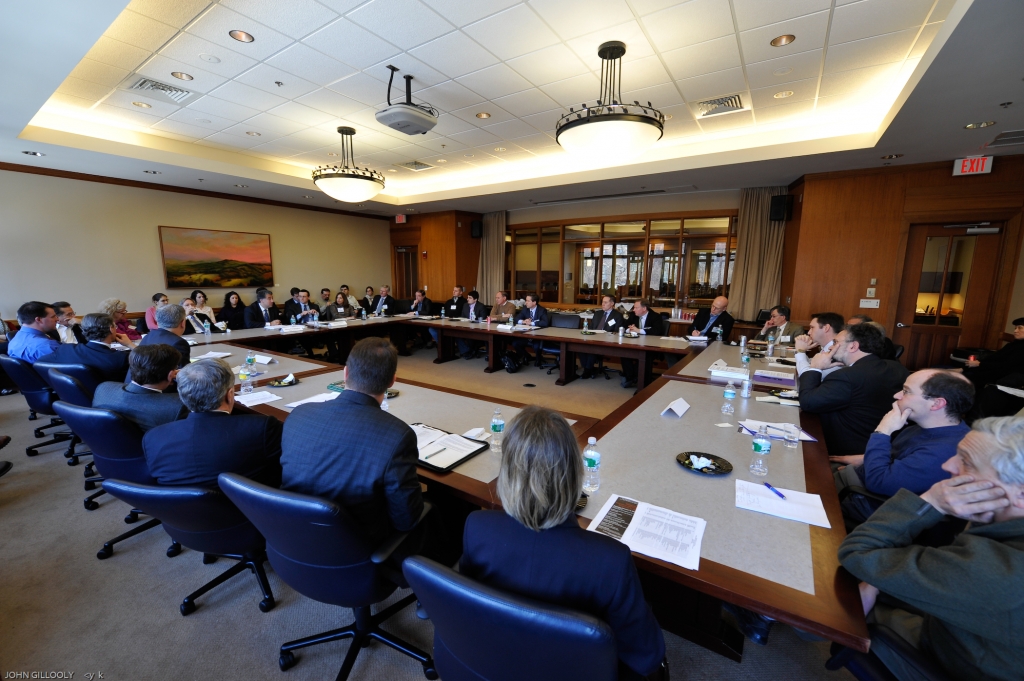 For the first Panoramas Round Table of the 2014-2015 school year, the Center for Latin American Studies brought in a group of panelists to discuss immigration issues. The four panelists, Kimi Bennett, Alfonso Barquera, Megan Walker, and Joanna Bernstein, all work with immigrants from Latin America in Pittsburgh and discussed their experiences and knowledge of the issue with the audience. Both Walker, who is an immigration attorney, and Barquera work for the Community Justice Project which helps inform immigrants about their rights and is a source for legal information and protection. Bernstein works with Casa San José, which is the only social service organization in Pittsburgh that specifically works with the Latino population. Bennett currently studies law and is working with Walker in immigration law.

Of the many things discussed during the round table was the rise of unaccompanied minors crossing the border, the rise of central american migration to Pittsburgh, and the labor rights of immigrants. While many of these issues tend to be unnoticed in Pittsburgh, they are happening here and changing the community. As Bernstein stated, Casa San José received about 20 cases of unaccompanied minors over the summer, a number never seen before.

Some of the most interesting anecdotes discussed centered around specific immigration trends in Pittsburgh. As Bernstein noted, many of the immigrants coming to Pittsburgh heard about the city through word of mouth. Many of them come from the same small town in Guatemala and speak the same indigenous language. Once they are in Pittsburgh, Casa San José helps to place immigrants mostly in South Hills neighborhoods such as Carrick, Beechview, and Brookline, creating a growing Latino community and culture in those neighborhoods. Bernstein also noted that while many people think of Mexico when they think of Latino immigrants, many of the people coming to Pittsburgh are from Central America.

There are still many workers rights issues occurring amongst the Latino immigrant population, an issue that all the panelists work for. While the Latino community is growing in Pittsburgh, there are still social stigmas to work through. Community events sponsored by Casa San José and other non-profit organizations in Pittsburgh have been crucial in giving these immigrants a voice in the neighborhoods in which they reside. For instance, during one community event the non-profit organizations asked immigrants to create their version of an ideal city. Through this exercise, the nonprofits were able to glean information about the immigrants’ past lives in their native countries as well as what they hope to see in Pittsburgh.

Round table discussions will be held every two weeks through the Center for Latin American Studies and a vast array of social and political issues will be discussed in the same manner. Students and non-students alike are encouraged to come and join the conversation to learn more about issues occurring in Latin America and their implications around the world.