Music as a Method of Healing for Latin American Refugees 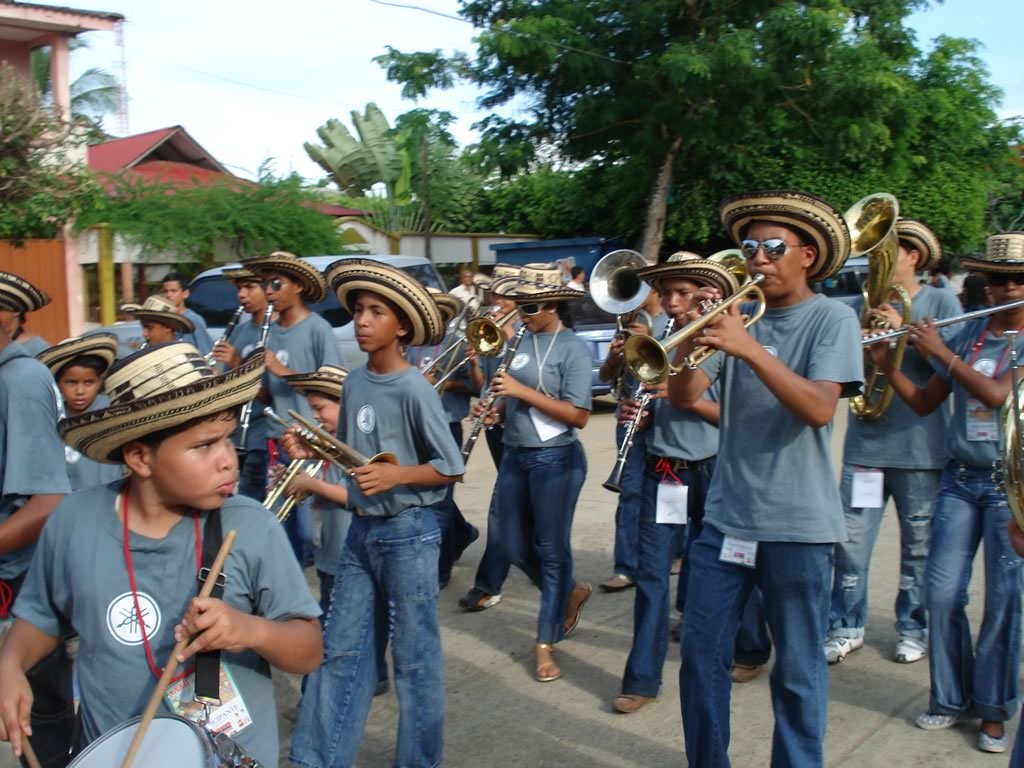 The question of identity among refugees in President Trump’s modern America is a significant area of concern as displacement levels increase. Regarding immigration law, the Trump administration has imposed tighter restriction measures on immigration and refugee acceptance. President Trump’s strict border control and restriction actions have significantly impacted refugees. Each day the quota on who can apply for refugee status becomes more limited. Simultaneously, the standard for evidence of persecution has risen significantly due to the heightened quota restriction on refugees. Therefore, establishing a credible case for refugee acceptance proves to be nearly impossible. In addition, President Trump stands for nationalistic ideals that do not include refugees or immigrants. Under the Trump administration, refugees along with other minority groups are negatively portrayed as Others, or with less rights to live within the United States. As these displaced others, refugees find themselves questioning their identity. Music has been used as a method for defining their identity. In addition, music is a means for refugees to confront violence, as well as find strength and peace during a time of suffering and struggle. Finally, music is used as a political commentary and a way to create a united community against the injustices that refugees fight (Stewart, 2005).

The Trump Administration has focused on reducing entry into the United States through both immigration and refugees. The refugees are seeking safety in the U.S. because of persecution and violence that they face in their home country. Specifically, approximately 68.5 million people have been forced to flee their country (World Vision Staff, 2018). Based on 2016 data, almost half of the U.S. refugees were from the Democratic Republic of the Congo (19%), Syria (15%) and Burma (15%) (Igielnik and Krogstad, 2017). However, the recent migrant caravan has brought many Central American refugees to the U.S. border. Before the Trump administration, entrance into the U.S. was regulated, but not as restricted as it in now. The effect of immigration and refugee restriction is that many refugees and immigrants who are not granted permission to live in the U.S. are forced into a deeper hole of displacement. A refugee living in communities with other displaced individuals, often struggles to find proper housing, employment, education, and basic needs.

As a solution to finding strength in tough living conditions, displaced refugees often unify and develop a sense of community. One manner through which unity and strength have been found is through music. In addition, music has helped these communities express themselves despite living a divided life—between their old identity based in their native country and this new identity as a refugee living in a foreign country. Finally, music acts as a way for refugees to mourn, as well as teach children and knowledgeable people about their traditions and native country.

An example of these uses of music is seen through Afro-Colombian communities that have been displaced due to violence of the Revolutionary Armed Forces of Colombia (FARC). They have been forced into living in the poorest regions of Colombia along the Pacific Coast. Music has been used for recovery in large and small forms. On a larger scale, there has been a music festival called the Petronio Álvarez Music Festival during which every performance focuses on embracing traditional or modern music of the Pacific Coast. In addition, they use this festival as an opportunity to raise aid and speak out for those affected by this violence. They use music as a political commentary to teach others about the problems they have faced due to this violence. For example, Cantoras de Manato, a band from the Valle del Cauca, a southwestern region of Colombia, uses Cauca-style violins and Pacific style rhythms used their music to specifically reflect on a FARC attack that they had to endure in 2012 (Luisa Gonzalez, 2018).

The music of Cantoras de Manato is unique in the way that it incorporates death rites into their songs. The bandleader, Ingrit Gelen Wisamano, describes the inclusion of death ceremonies as a way to “help us to remember who passed away...Music is my way of expressing what I feel” (Luisa Gonzalez, 2018). Another member of Cantoras, Jarbín Estiven Tenorio Mina, portrays how their music is “helping us to reject violence” (Luisa Gonzalez, 2018). This band uses their music as a documentary type of political commentary. They use it to demonstrate the problems they face and the violence it has brought to their people. By doing so, bands like Cantoras have rescued their community and culture, taught people about their struggles, and encouraged self-expression.

This is a singular example only of how those forced into displacement chose to heal after experiencing persecution and violence. This only an artistic form of how the communities worked together to address the problems they faced. Nonetheless, there are concrete solutions that international organizations have provide to solve the refugee crisis. Organizations such as the Brookings Institute have called countries like the U.S. to action and to contribute more to the United Nations’ “global compact for migration” (McKenna and Hoban, 2017). The global compact for migration aims to address every aspect of international migration in a comprehensive manner. Specifically, this program focuses on reducing risks of migration, protecting human rights, and striving towards more equitable programs on a social and economic level in receiving countries  (UN Refugees and Migrants, 2019). Nonetheless, programs such as this one will never have an inclusive global impact if countries such as the United States are not active and engaged in the mission.

Various artists have spoken out about the unjust circumstances of refugees worldwide through a range of different political commentaries. Whether auditory or visual, art has had a powerful impact on addressing the refugee crisis. Guatemalan Gaby Moreno has contributed her musical talents to speaking out against treatment of refugees. She  has used her voice to represent those whose have been silenced. Moreno was fueled by the violence inflicted upon the Central American immigrants arriving at the U.S. border. Moreno worked alongside Van Dyke Parks to create the single The Immigrants. This song was released to bring attention to the inhumane conditions of family separation and detention centers. The Immigrants is used as a political commentary that calls for equality in the treatment of immigrants. For example, a member of Moreno’s band, Daniel Herrera, states that using their music as a method of protest demonstrates how “all of us are children of immigrants, and this issue hits us very hard in a very guttural and emotional way...we wanted to be able to contribute any little piece of art that we have to this mosaic of social justice” (Contreras, 2018). Therefore, this song is part of a movement through which immigrants and refugees are speaking out about violence and demanding equal treatment.

A significant feature of this music movement is that it is not only Latinx artists that are producing songs that address the violence and limited freedom that Latin American refugees, and immigrants endure. American musicians like Radney Foster are joining the movement as well. Foster grew up close to the border in Texas and described how his father was persistent that they learn Spanish. In 1999, Foster published Godspeed (Sweet Dreams). It was a song of family separation, as Foster and his son were isolated from another because of a custody dispute. Thus, the experience of migrants and refugees facing family separation was something that Foster could sympathize with. Despite the two cases being on different scales of separation, Foster was inspired to rewrite his original song in Spanish. This new song was titled Godspeed (Dulces Sueños). Foster declared how he felt like this was his chance to speak out against these unjust conditions that face immigrants and refugees.

Foster is both demanding equal treatment of these people, as well as challenging his fellow citizens and government leaders to be more humane in their practices. He demonstrates that unity –even if it is on a small scale—is occurring across borders because those fortunate enough to be on the haven side of the border recognize the suffering that immigrants and refugees have lived through. Therefore, Americans creating music alongside Latin Americans is a step in the right direction for all refugees. This music movement is evidence that citizens from drastically different backgrounds can join forces.