Local Resource Curse and its Consequences on Localized Societal Protests: Evidence from Peru 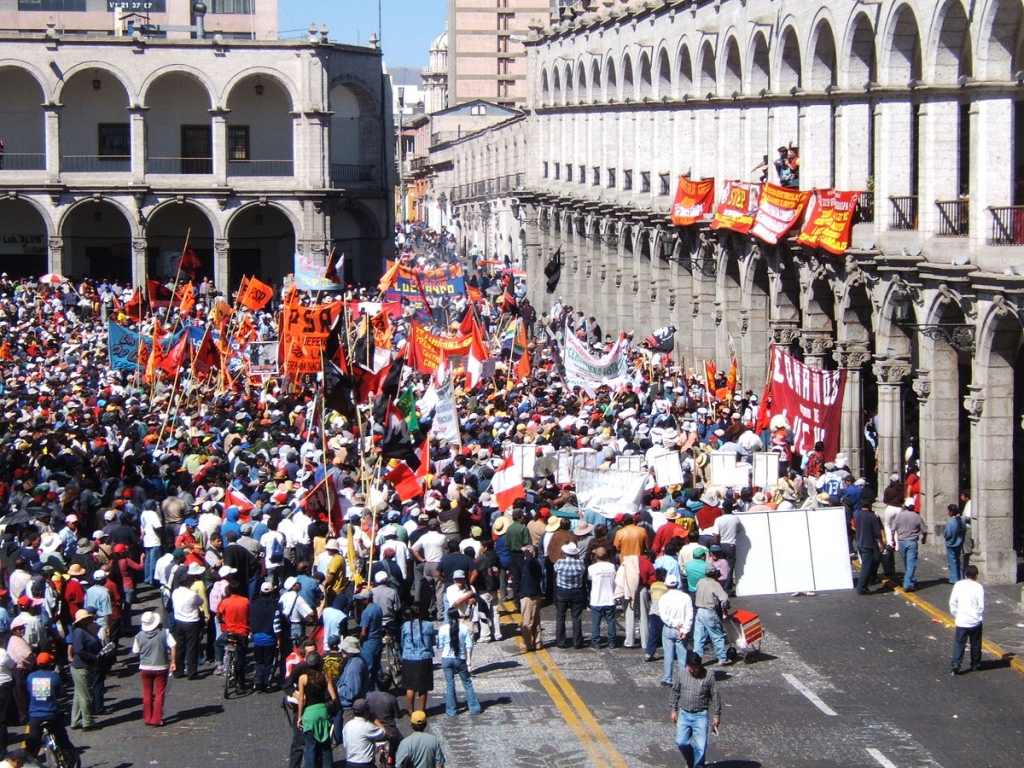 Diverse studies observe that social conflicts and protests arise in areas where natural resource extraction occurs (Arellano-Yanguas 2011a, b). Recently, several intense localized protests have occurred at mining sites in almost all the democratic countries of Latin America (except in Paraguay); for instance, these social demonstrations have arisen in Peru (Conga), Chile (Mina Invierno), Argentina (Fanatina), Panama (Cerro Colorado), Uruguay (Aratirí), Costa Rica (Crucitas de Crutis), and Ecuador (Fruta del Norte). Is there a local resource curse behind these events? Why do these protests arise in areas where firms extracting natural resources operate? We answer these questions in the article titled “The Explosive Combination of Inefficient Local Bureaucracies and Mining Production: Evidence from Localized Societal Protests in Peru” recently published in the journal Latin American Politics and Society (2014). We synthesize and comment the main arguments and findings in this short article.

We address these important questions by focusing the analysis on the Peruvian case. We select this case for two reasons. First, Peru is one of the leading mining producers in the world. Consequently, societal protests have become frequent, and this provides rich information to test key hypotheses quantitatively.

Second, Peru has introduced a tax on mining companies, called the canon, which is allocated to the “region” (a state in other countries) and to the municipality where the mining firms operate. Since 2004, the canon has represented the 50 percent of the total income taxes paid by mining firms. Given the significant increase in mining production experienced by Peru during recent years, the amount of canon transferred to subnational (regional governments and municipalities) has risen rapidly during the 2000s. The canon transfers aim to compensate the regions and municipalities for the grievances caused by the mining operations. Figure 1 provides detailed information on the magnitude of this increase. Subnational governments and their bureaucracies are in charge of spending the canon resources on public infrastructure and investment in scientific and technological research. Since the (increasing) canon transfers have been skewed toward a few subnational governments located in areas where mining operations exist, some subnational governments have received an avalanche of resources that they could hardly spend.

Regrettably, the steep and rapid increase in transfers has not been accompanied by a fast development in local bureaucracies´ capacities for spending (Loayza et al. 2014). Subnational governments spend at a slower speed than the increment in the resources they have at their disposal (Avila et al 2011).  Figure 2 precisely displays the rates of execution of canon transfers of the Peruvian regional governments. The figure reveals that almost all regional governments cannot execute their respective canon transfers; while only one regional government could spend its entire budget, several could execute less than 50 percent. Clearly, most local bureaucracies have not developed the capacities to take full advantage of the canon (Avila et al 2011; Baca et al 2007; Crabtree 2014).

Source: Ministry of Economy and Finance

Our empirical analysis finds evidence to support three explanations for the rise of localized societal protests in areas: greater externalities from mining operations, greater canon transfers, and greater local bureaucracies´ incapacity are associated (positively) with the likelihood of protesting. We accomplish the empirical analysis through two types of models.  We assess the effects of the key independent variables on the monthly number of protests by region reported by the Defensoría del Pueblo (from May 2004 to December 2010) through a (negative binomial) panel data model. We also use survey data from the Latin American Public Opinion Project (LAPOP, 2010) to construct a logistic model that explains the individual decision of participating in a protest.

Our first finding confirms a result reported by several previous scholarly works: the greater the negative externalities of production in the mining sector, the more likely that localized protests will increase. This literature considers mining production as a relevant factor of the substantial damage to the environment, livelihoods, and property of local populations. For instance, some scholars have argued that mining production has compromised the water resources of communities located close to mining operations (Bury 2002; Bebbington and Williams 2008). Water contamination can damage agriculture and livestock, prevent personal consumption, and create social distress (Arellano-Yanguas 2013). In addition to environmental damage, landowners have been forced to accept prices under the expropriation procedures specified in Law No. 26505. These procedures, designed to foster greater investment in the mining sector, have provoked dissatisfaction among landowners (Bury 2002). In sum, local communities have systematically blamed mining firms for causing social dislocation and economic losses.

Our second finding concerns the effect of the canon transfers on the rise of protests. We find that the more revenues subnational governments receive from the taxation of mining firms, the more likely an increase in localized protests. Taking into account additional data, we also corroborate Arellano-Yanguas´s previous work. Arellano-Yanguas (2011a, b, 2013) states that the existence of the canon revenues could boost protests as local communities seek to better negotiate the distribution of the canon transfers. In addition, the canon transfers have also created conflicts among levels of government and among districts and regions over territorial boundaries.

Finally, we find that local bureaucracies´ incapacity to respond to communities´ demands exacerbates the frequency of localized societal protests. If bureaucracies´ incapacity leads to lower spending of canon transfers, dissatisfaction grows and protests persist. Through our quantitative analysis, we show that greater bureaucratic capacity (measured by the rates of execution) can compensate for the negative effects of grievances on the likelihood of protesting. Both types of models – panel and logistic – indicate that the lack of bureaucratic capacity increases the emergence of societal protests.

In addition, canon transfers could be redesigned to channel spending more to those areas with greater mining production (measured by tons of minerals) and not necessarily to those generating more taxes. Direct cash transfers could more accurately target compensation for negative externalities. Furthermore, the Peruvian government could more actively encourage mining firms to improve their relationships with local communities through greater direct social investment in local communities (e.g. construction of hospitals or schools). Finally, the Peruvian government could continue empowering the Ministerio del Ambiente, especially through greater financial and human resources to effectively fulfill its regulatory functions.

Ávila, Gustavo, Claudia Viale, and Carlos Monge. 2011. Extractive Industries and their Imprint. In John Crabtree (ed.), Fractured Politics: Peruvian Democracy Past and Present. London: Institute for the Study of the Americas.

Loayza, Norman, Jamele Rigolini, and Oscar Calvo-González. 2014. More Than You Can Handle: Decentralization and Spending Ability of Peruvian Municipalities. Economics and Politics, 26, 1: 56-78. 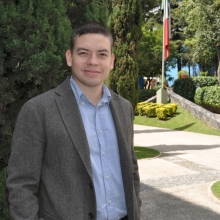