Life for Women in Colombian society after Guerrilla Warfare 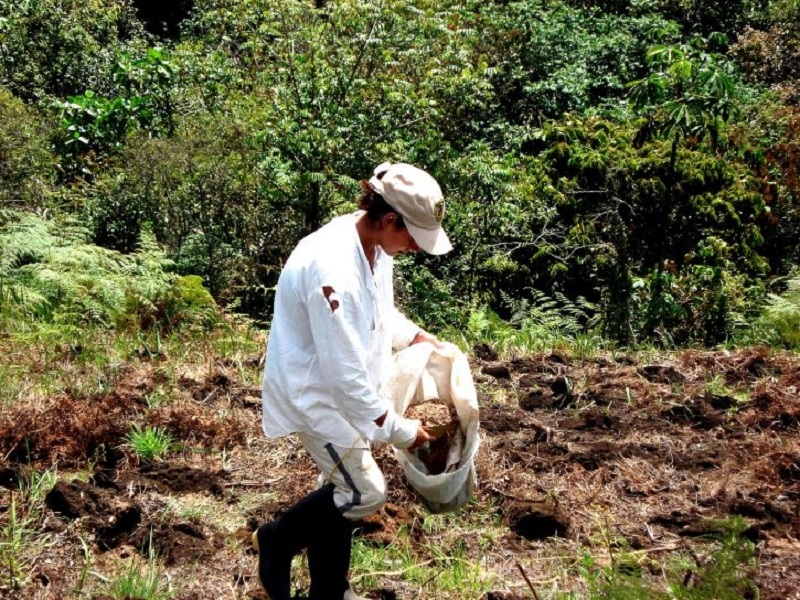 For over 50 years, Colombia has been riddled with violence and corruption. To combat this corruption and a lack of representation, idealists form guerrilla groups fight for their beliefs and morals. The reasons for creating guerrilla groups vary, the Fuerzas Armadas Revolucionarias de Colombia (FARC) (Revolutionary Armed Forces of Colombia), for example, were founded on socialist ideals. However, the means by which Colombian guerrilla groups intend to achieve their goals frequently stray from the reason on which they were founded, often causing more violence, corruption, and losing sight of the ideas on which they were formed. Guerrilla leaders often recruit child soldiers, impoverished men and women, often from the underrepresented Colombian country-side. Through interviews with some low-ranking guerrilla members, human rights groups have found that these recruits feel that by joining paramilitaries they will be better off fighting than living in poor conditions, a claim that guerrilla leaders deny (BBC Latin America & Caribbean, 2016). After over 50 years of fighting, the three main Colombian guerrilla groups have been or currently are in the process of demilitarization. The Autodefendas Unidas de Colombia (AUC) (United Self-Defence Forces of Colombia) disbanded following peace deals with the Colombian government between 2003 and 2006. The FARC are now in the process of demilitarization and shifting to be a civilian political party. FARC now stands for Fuerza Alternativa Revolucionaria del Comun (Common Alternative Revolutionary Force). Although the Ejército de Liberación Nacional (ELN) (National Liberation Army) has just recently began the process of peace talks, which began on February 7th of 2018, these talks are currently on hold due to recent acts of violence by ELN members against government officials. Despite the demilitarization of these groups, many members of guerrrilla groups reject reintegration into society and form new paramilitary groups. For those who do decide to once again become Colombian civilians, reintegration can be more than challenging. Women face perhaps the harshest challenges in the process of reintegration due to deeply rooted misogynism that has been present in Colombia and the whole of Latin America for hundreds of years.

Many of the women in guerrilla groups join due to lack of better options. Some join to escape poverty, sexual assault, or fight for political representation and ideals. Many women join for a combination of these reasons. Although misogyny is still present in guerrilla groups, women are treated much more as equals as they fight for ideas that they believe in. Women are provided weapons and expected to fight on the front-lines, just as their male counterparts. FARC Guerrilla fighter, Gladis, explains that “we are all equal here. Everyone is treated the same… Men respect us here. There's no machismo” (Moloney, 2017). Many female guerrilla fighters reported that they are not treated as objects or victims, and they are respected regardless of their gender or race. However, there are still frequent cases of gender inequality in guerrilla groups as women are sometimes forced to terminate pregnancies and have testified that they have been used as sex slaves for high ranking men. Now that the demilitarization process is occurring, women may be able to have more of a say on decisions regarding pregnancy and body autonomy. However, the women will also begin to reintegrate into a society that is embedded with machismo (Moloney, 2017). Regardless of the instances of gender inequality in guerrilla groups, man women still feel that they were treated much better, frequently as equals while members of these groups.

As part of a group in which women are respected and given equal opportunities as the men, reintegration into a society where gender inequality is prevalent may come as a shock to women, especially those who have been treated equally for a majority of their lives. According to Rua Catañeda of the Escuela Nacional Sindical (National Union School, ENS), a Colombian pro-worker think tank, “Only 8.5 million of the 18.2 million working age women have jobs—compared with 12 million working age men who are employed—and the vast gender gap in workforce participation is largely due to a type of cultural discrimination in which employers seek women who fit a certain ideal” (Connell, 2013). Thirty-seven percent of Colombian women face physical or sexual intimate partner violence, and Colombia has one of the highest female murder rate in the world, with 6.3 homicides out of 100,000 women (Yagoub, 2016). Often in rural Colombian communities, women are expected to have children, cook, clean, and meet high beauty standards rather than encouraged to pursue meaningful careers. Though this is not always the case, it is still the standard in many rural cultures of Colombia. For women who are ex-members of guerrilla groups, they are often considered undesirable by men, as though their guerrilla past puts a stain on their beauty or femininity. Men who are ex-members of a guerrilla group do not face the double-standards that women face, often finding no trouble with being accepted socially. Even men who were once members of guerrilla groups do not accept their female counterparts because the women are seen as “damaged goods” (Alpert, 2016).

Women have an equally difficult time being accepted into the workplace after reintegrating into society from life as a guerrilla member. Not only will a woman face judgement based on her guerrilla past, but also based on her gender, as is explained by Catañeda (Alpert, 2016). With so many women demilitarizing as a part of the FARC peace process, the already existing gender prejudice in the work place is going to become an increasingly volatile issue. However, as gender inequality becomes a more and more prominent topic in Colombia due to the many guerrilla women reintegrating into society, perhaps social reforms will be brought to the forefront of Colombian politics.

As the FARC continues to demilitarize, hundreds of female ex-guerrillas will become a part of a political system in which men are much more prevalent than women. If the FARC members that will soon be reintegrated into society begin to support reforms regarding women’s equality, Colombia may come a step closer to having gender equality. With the Colombian Presidential elections being held later this Spring, social justice and women’s rights may become key elements to the presidential candidate’s campaigns. If ex-FARC women can inspire reform in Colombian politics, women may play a larger role in the work force, face less cases of domestic violence, and degradation based on their gender. Not only could this improve the lives of women in Colombia, but these potential changes may help to inspire the empowerment of women in all of Latin America.