The proposal is structured following the three main frameworks developed by social movement studies, which allows us to merge the contributions of the other two fields in a systematic and analytically productive way, and facilitates the application and transference of concepts and insights from one field to the others. Hence, the theoretical propositions of legal mobilization studies and democratic constitutionalism are combined under the three main set of variables developed by social movement theory: the availability of resources for legal mobilization, the development of cultural framings, and the political opportunities for movement’s influence.

Furthermore, drawing from social movement theory, the article proposes to analyze the mobilization by conservative social sectors in Latin America as counter-movements, and to apply the same categories and frameworks for the study of this type of collective action in the region. Specifically, the article proposes the term counter-legal mobilization to refer to the legal strategies developed by conservative actors.

Throughout the article, examples from processes of legal mobilization and counter-mobilization in the field of abortion rights in Latin America are offered. The abortion controversy is especially apt to analyze the role of social movements in broad processes of legal mobilization and legal change, as well as the role of courts in these processes. The legalization of abortion has been a core claim of one of most prominent contemporary social movements in Latin America; it is a paradigmatic case of interaction between movement and counter-movement; it has motivated the intervention of constitutional courts; and it includes prominently the crucial problem of implementation of legal decisions. Furthermore, in Latin America, the rise of women’s demands for abortion legalization intersected with the expansion of constitutional justice and the judicialization of the political process, in the aftermath of reforms that created new constitutional courts or reformed existing supreme courts with ultimate judicial review powers. In sum, abortion politics and abortion legal struggles in Latin America offer a particularly appropriate field in which to analyze the role of social movements in legal processes that are part of wide-ranging social and political conflicts. 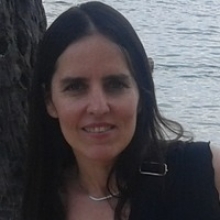