Latino Identity and Presence Across the United States 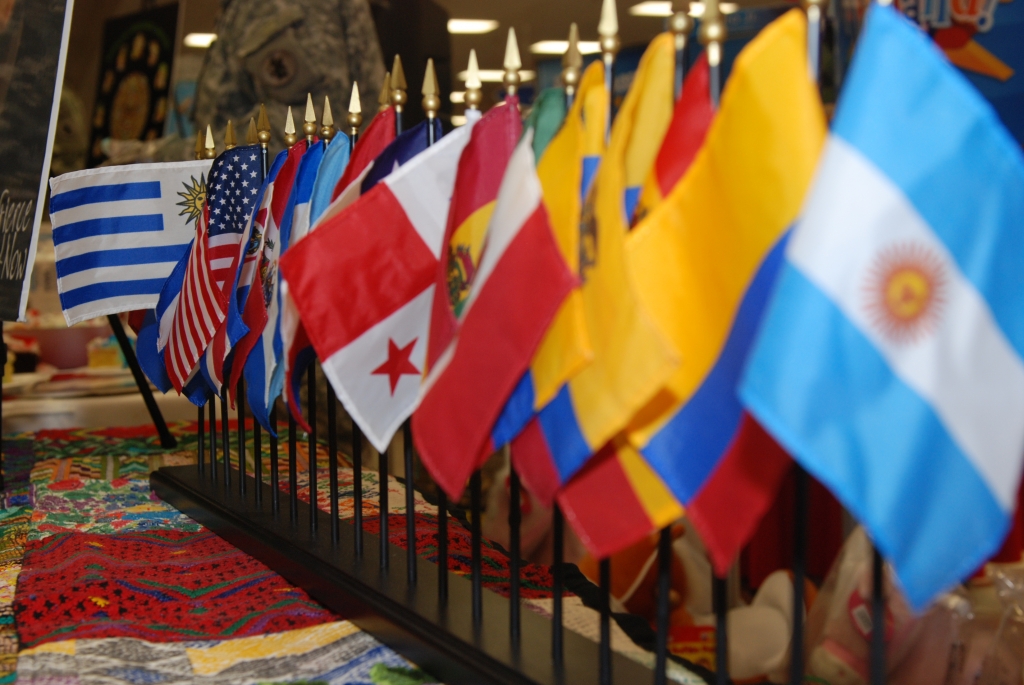 As Latino people comprise an increasing proportion of the United States population, it is more and more pressing that non-Latino people understand who these people are, where they come from, and what role they play in our modern society. Latinos make up the largest minority group in the U.S. at around 58 million people, or 18% of the country’s population (Pew Research).

The term ‘Latino’ encompasses a diverse peoples from a wide range of countries and backgrounds; however, a huge majority of Latinos in the U.S. (63.3%) find their roots in Mexico (Pew Research). Other significant Latino populations in the U.S. are those with origins in Puerto Rico, El Salvador, Guatemala, Cuba, and the Dominican Republic. However, these trends are constantly changing depending on the political and economic conditions of countries in Latin America that drive immigrants to the U.S.

Worth noting is the definition of the word ‘Latino’. This term is typically used to describe anyone with origins in Latin America, which generally encompasses South America, Central America, and some Caribbean countries. The term is considered by many Latinos to link a diverse peoples by a similar story of struggle, migration and resilience (National Geographic). It is worth noting, however, that not all people who fit this description choose to identify as Latino, with many finding it too vague a characterization.

Latinos can be found in any city or town across the United States; however, there are certain regions of the country that are undeniably more dominated by Latino presence and culture than others. There are also subgroups of Latinos that tend to concentrate around certain regions rather than others. For example, Mexicans, Salvadorans and Guatemalans more typically reside in Western states such as California, New Mexico, or Texas, while Puerto Ricans, Dominicans and Ecuadorians tend to gravitate towards states in the Northeast (Pew Hispanic).

Some U.S. cities with the highest Latino populations include New York City (27.4% Hispanic), Los Angeles (48.5%), and Miami (68.2%) (U.S. News). In many cities with such significant Spanish-speaking populations, Latino peoples have found a new source of empowerment through new terms which describe their identity. For example, the term ‘Chicano’, which came into public discourse in the 1960s, generally refers to U.S.-born Latinos whose families came to the U.S. from Mexico. The term ‘Chicano’ is now used by many Mexican-Americans who consider it a more specific and empowering indicator of their mixed ethnic identity.

Latino subgroups with origins in other countries have adopted similar methods and terms to identify themselves with their mixed Latino-American identities. For example, the term ‘Nuyorican’ (a combination of the terms ‘New York’ and ‘Puerto Rican’) is often used to describe people of Puerto Rican origin who now reside in New York, the country’s largest hub of Puerto Ricans outside of Puerto Rico. This term can be considered in contrast with ‘Boricua’, which generally refers to anyone who was born in Puerto Rico, regardless of where they now reside. Another example is the term ‘Tejano’, used to self-describe Latinos who reside specifically in Texas.

The adoption of these terms to describe specific subgroups of Latino identities clearly demonstrates the powerful presence of people of Latin American origin in our nation. However, it is important to recognize that not all Latino people that fit these descriptions choose to use these terms, just like not all Latino people choose to use the term ‘Latino’. Many prefer to use a term more specific to their country of origin to self-describe (Colombian, Venezuelan, etc.)

Though the Latino population in the U.S. has grown significantly since 2000, accounting for half of the U.S.’s population growth, this growth has actually slowed in recent years (Pew Research). This is in part due to lower trends of immigration from Mexico and declining fertility rates among Hispanic women in the United States.

Despite this downward trend, however, the peoples who encompass this broad term ‘Latino’ still make up a significant portion of our country’s population and collective history. Nearly half of immigrants to the U.S. are Spanish-speaking (Pew Hispanic), and therefore Latinos are often quickly mentioned in any discourse relating to immigration in the U.S. This is increasingly true since the rise of President Donald Trump, who has taken an especially hostile stance against immigration from Mexico and other Latin American countries.

However, Latinos in the U.S. are increasingly born within the confines of the country’s borders, leaving only around 34% of U.S. Latinos that are actually immigrants. Because of this, the mean age among Latinos in the U.S. is much lower than the national average, indicating a significant population of young Latinos in the country. Many of these young Latinos do not speak Spanish, and often find themselves struggling to choose a culture with which to identify (NBC News). Many of these young people are torn between options of assimilating into U.S. culture versus preserving of their families’ identity, led by expectations by their families and their societies for what it means to be Latino—or what it means to be American.

Though the U.S. Latino population is extremely dynamic, it is important to understand certain patterns of migration and empowerment among these peoples throughout our country’s history. Latinos comprise a huge portion of the U.S. population, and are becoming especially integrated into America’s collective story. This is especially true as an increasing proportion of the population are natural-born citizens of the United States. Therefore, it is crucial to recognize the histories and identities of these peoples who make up such a large portion of our nation’s population, and the role that they have played in shaping U.S. history to date.