Interculturality in Medicine: An Analysis of Botanicas in the United States 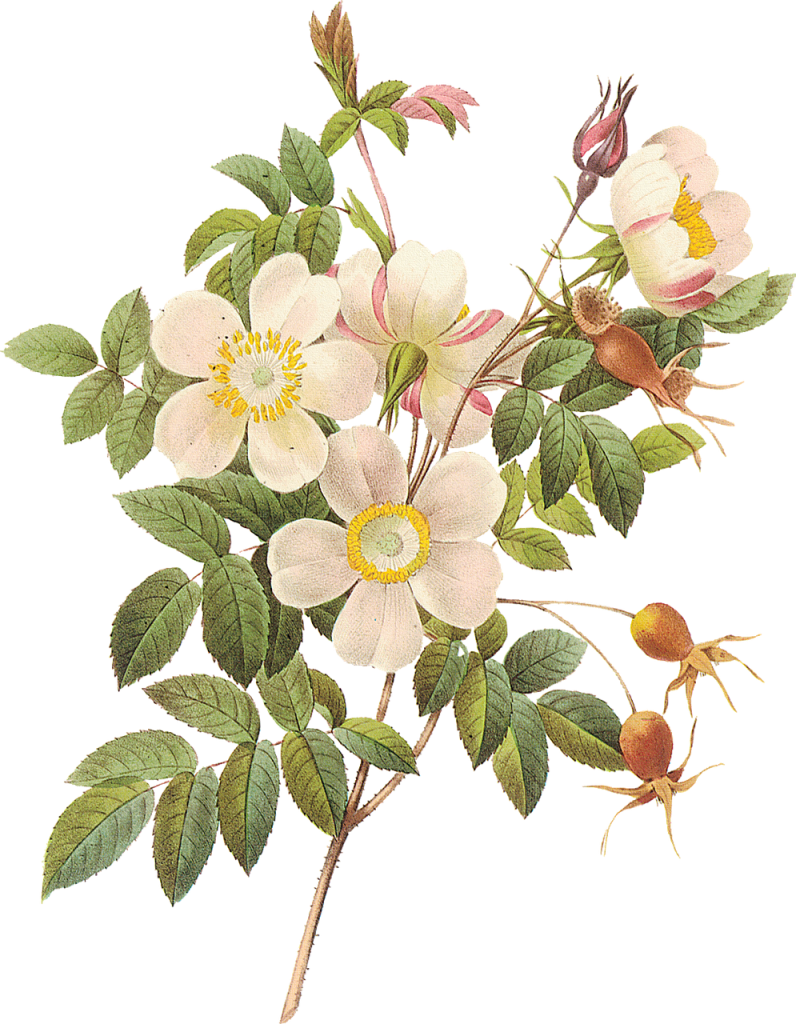 It is no secret that the Latinx population in the United States is growing every year.  Also, it is well known that this group tends to experience more troubles and obstacles than other immigrant groups, even though they represent a significant portion of the U.S. population.  According to the 2010 U.S. Census, those who identify as “Hispanic or Latino” represent 18.5% of the U.S. population, and this number was expected to grow another 6.3% by 2019 (U.S. census Bureau QuickFacts).  Latinx people represent a fairly large portion of people in the United States.  Furthermore, the Central Intelligence Agency estimates that Spanish is the second most commonly spoken language, even though it is not recognized officially.  Because of this, there should be more inclusion of the language and culture of the Latinx community into U.S. healthcare.  Due to the possibility of a language barrier or different health beliefs, it is fairly common that Latinx people avoid visiting the doctor.  The Centers for Disease Control and Prevention (CDC) states that “A reliance on traditional healing systems is common not only because it is culturally approved but also because of the lower costs involved” (Cultural Insights, 2012, 4).  This can lead to overall worse health than people who regularly visit the doctor.  An important topic to consider when discussing the Latinx population’s health is that of traditional medicine and what it consists of.

To begin, a few key terms should be defined and explained.  As mentioned earlier, one difference between various Latinx communities and the healthcare common in the US is the popularity of traditional medicine.  First, biomedicine or Western medicine is “a system in which medical doctors and other healthcare professionals… treat symptoms and diseases using drugs, radiation, or surgery” (NCI Dictionary of Cancer Terms).  There are various similar but different terms under the category of traditional medicine, including complementary medicine, alternative medicine, and folk medicine.  According to the National Center for Complementary and Integrative Health (part of the National Institute of Health, or NIH), complementary medicine is “a non-mainstream practice is used together with conventional medicine” while alternative medicine is “non-mainstream practice is used in replacement of conventional medicine” (Complementary, alternative, or Integrative health,  2018).   Both are possibilities that the Latinx community in the US may utilize; the main difference is if an individual also chooses to use Western medicine with their natural remedies.  Something fairly common in both Latin America and the Latinx community in the U.S. is the use of folk medicine, which has an emphasis on the spirit and its role in health.  Courtney Parker, a researcher at the University of Georgia, explains that for many Mexican-Americans “good health is achieved by balancing the spiritual, natural, physical, emotional, moral and communal factors within one’s life” (Parker, 2017).  Even though she talks specifically about Mexican-Americans, the same idea is true for various other Latin American cultures.  The Western medicine common in the U.S. does not take the spirit into consideration, so for people who prefer a more spiritual approach, they would have to look elsewhere to receive sufficient healthcare.  A challenge that Western doctors and members of this community face is how to combine both types of medicine in order to create the best care plan for the patient.

A less commonly known resource to bridge this gap is botanicas.  Typically, they are smaller shops that offer herbs and other traditional remedies.  They serve to help the Latinx community to receive medical attention that they feel comfortable with.  These stores exist in various parts of the country, but there are a variety of these stores in both New York City and Los Angeles, places where the Latinx presence is noticeable.  Cuevas Health Food Store in Los Angeles, CA states “We don’t sell Analgesics, Antibiotics Chemical Medicines or Medical Prescriptions. We only sell Nutritional food and supplements that enhance the health” (https://www.facebook.com/CuevasHealthFood).  The majority of botanicas’ owners have not received any formal training, but sometimes they are directed by people with medical titles. It is possible that the botanicas can serve as a first stop for some Latinx people when they need medical attention. They can be a good resource, but there also could be a problem if a person who has sickness not related to the spirit, that requires attention from a doctor, does not look for this form of care besides the botanicas. For this reason, botanicas and their remedies are generally beneficial for the Latinx community, but they are not without their dangers.

Botanicas have created a safe place for people to come and receive medical or spiritual advice. Many people do not want to go to the doctor for various reasons, whether it is due to the high cost of medical care in the US, feelings of intimidation, or something completely different. Therefore, it is important that these people have a place where they feel safe talking about their health concerns with someone that can help them. As mentioned before, Courtney Parker describes that they can “serve as initial access points for those facing cultural barriers to mainstream care” (Parker, 2017).   Unfortunately, it is common that when someone arrives to the US from another country in general, but specifically from Latin America, they feel overwhelmed by the health system here. Therefore, if there is someone they trust, this can allow them to develop confidence in the possibilities of obtaining care in a more formal manner besides family or friends.

While it is possible that the owners of botanicas do not have formal medical training, often they have many years of experience dealing with a variety of both allopathic and folk diseases.  For this reason, botanicas offer a safe place to the Latinx community where they can receive advice about diseases with spiritual roots that the majority of the allopathic doctors do not know much about. Consumer Reports describes the botanicas as “a place where folk medical traditions intersect with centuries of religious beliefs” (Latino use of alternative medicine and Botanicas, 2012).  When arriving in a new country with different beliefs, it can be difficult to find help from other people with similar ideas.  For immigrants and other members of the communities that believe in folk medicine it is important to have a place like botanicas to serve as a form of medical attention.  It is intimidating enough to go to a doctor that speaks another language and has different beliefs, but even more so if one believes their disease is related to spirit and Western doctors do not know anything about this.  Also, sometimes people just need a relaxing environment to calm themselves.  Consumer Reports notes the feelings of tranquility and healing just upon entering the stores (Latino use of alternative medicine and Botanicas, 2012).  It is no secret that there are numerous diseases caused by stress; therefore, it is possible that these diseases can be helped by reducing levels of stress. If this is the key visiting a relaxing place like botanicas and talking to someone that understands your worries and how they can be related to the spirit can be helpful with treating these diseases.

Even though the botanicas are great for immigrants and the Latinx community in the US that are offput by the confusion within the American health system, they still have their apprehensions related to their security.  A major problem that can be scary comes from the lack of communication between doctors and their Latinx patients.  Unfortunately, it is fairly common the topic of herbs or other natural supplements never is brought to the conversation during a visit to the doctor.  Consumer Reports explains, “Mixing healing and spiritual techniques with conventional medical treatment could be a potent combination” (Latino use of alternative medicine and Botanicas, 2012).  It is not the fault of the Latinx patient, but rather something lacking in the education of many doctors in the US.  While they learn the definition of cultural competency and that each culture has different ideas of the meaning of health, it could be beneficial to explain more details of these differences. It would be extremely useful to teach medical students how other cultures  practice medicine and how they think of health especially those cultures that are prevalent in their community and the US in general. Also, it is important that these students learn about special topics they should ask when taking a patient’s medical history.  If the doctors know to ask about natural supplements or remedies then Latinx patients would feel more comfortable opening up to the provider, not only with these treatments, but also about their health in general.

Another concern with the use of natural treatments from botanica surrounds the security and identity of the products being sold.  For the majority of Western medications there are many levels of strict regulation. There are organizations both in the private world and from the US government that create and in floor the security regulations. Consumer Reports begins the discussion by saying, “Potential concerns include accurate product identity, freshness, contamination with heavy metals and pesticides, and interactions with medications” (Latino use of alternative medicine and Botanicas, 2012).  If there is no form of regulation or security control it opens the possibility of a variety of dangers. For example, foods (or herbs) that are sold in large supermarkets throughout the US cannot be sold without precise and adequate labeling. Amanda L. Risser and Lynnette J. Mazur add, “Patients may use medications brought or imported from other countries or use medications from previous treatments that could be inappropriate or dangerous” (Risser and Mazur, 1995).  Again, if there is no regulation for the people that produce these herbs and other supplements, there should be regulations with the owners of the botanicas or someone before the patient uses the remedy. It is crucial that the owners know what they are selling, and that their clients know what they are consuming. Even if patients reveal their use natural remedies with their doctors, if the treatments include ingredients that they should not, they still could have adverse reaction with other medications.  However, any creation of rules for natural remedies should be directed by someone who understands their use and importance.  For the future there are necessary changes for both the owners of botanicas as well as doctors in order to assure the good health of the Latinx community in the US.

Kalee Hovetter is a senior majoring in Spanish with a minor in Chemistry on the pre-med track.  She is the current President of Pitt Spanish Club and a member of the American Medical Student Association.  Kalee's research interests are interculturality in medicine, specifically as it relates to Latin America and the Latinx community in the US.  Additionally, she is investigating intercultural birth options for her honors thesis.