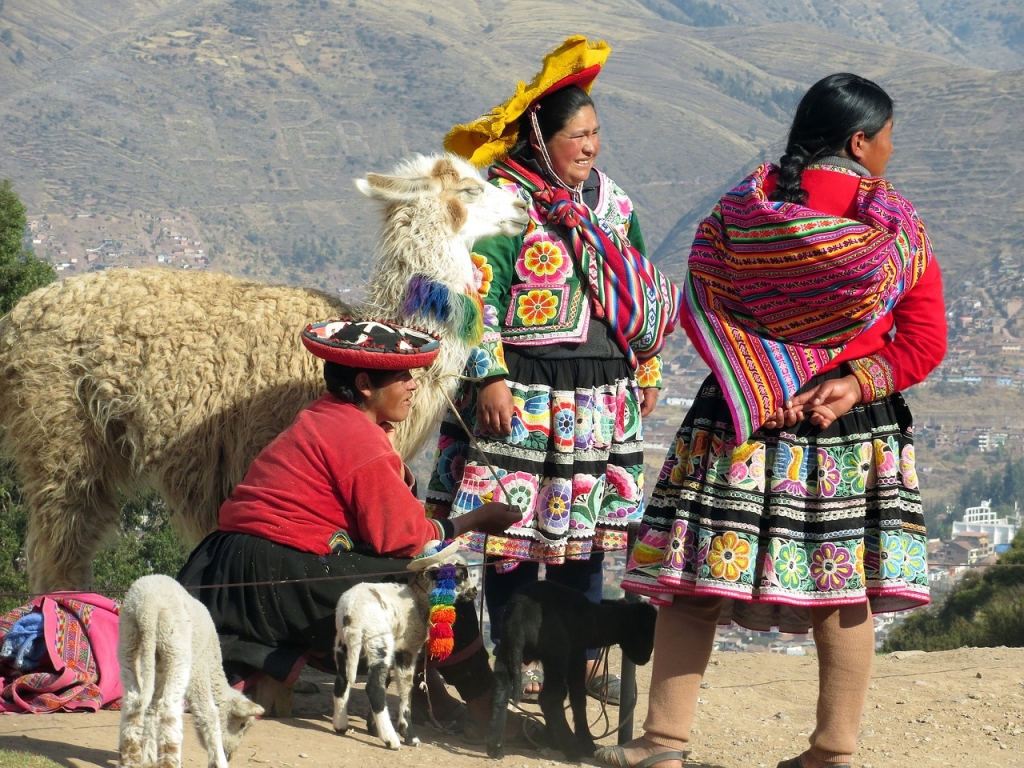 Many tourist attractions throughout Central and South America, in countries including Mexico, Guatemala, Peru, and Ecuador, draw millions of visitors each year, in part because of their rich histories and the indigenous cultures that are believed to keep ancient traditions alive. While tourists from around the world travel to these locations in search of relaxation, exploration, and/or cultural immersion, many find themselves venturing outside of resort areas to learn more about these unique cultures and traditions.

Individuals travel out of desire to learn more about other parts and peoples of the world. It is this fascination with foreign cultures, and with people who speak, eat, and live differently, that drives people to trek outside of their comfort zone and into new and seemingly exotic places. This curiosity about the world is what makes us human, and it is a natural part of traveling. However, this fascination can become dangerous when tourists arrive uninformed, and view the inhabitants of these destinations as photo opportunities—or, little more than animals in a zoo.

The growing industry of Ethnotourism, also known as ‘tribal tourism,’ capitalizes on this ignorance for financial gain at the expense of the lives and cultures of indigenous peoples. Some tourist agencies seek to profit off of uninformed tourists’ quest to find an ‘authentic’ indigenous experience. This can be easily seen in the streets of Cusco, Peru, where tourist agencies send women to walk around the town square wearing traditional Quechua dress to pose for photos with tourists. Many of these women steer alpacas, llamas, or sometimes even sheep (which are not native to the Andes), and charge a small fee in exchange for photos.

These types of tourist activities may seem harmless, but they feed into complex power structures and misconceptions of identity that have existed since the era of colonization. By using traditional dress and ‘authentic’ looking women as a photo opportunity, tourist agencies and the tourists that sustain them only serve to further emulate the image of indigenous peoples as exotic and inherently different, and a spectacle of enjoyment for traveling Americans and Europeans. In doing so, these agencies create a caricaturized image of what an indigenous person is and looks like, and downplay the value of legitimate cultures and traditions for commercial gain.

Similarly, in Ecuador, an entire industry has developed around experiencing supposedly ‘authentic’ shamanistic practices and rituals. This often entails visits to the rainforest, limpiada or ‘cleansing’ rituals, and sometimes ‘entheogen tourism,’ or the guided use of hallucinogens with the purpose of connecting to ancient spirits and the spirit world as some pre-Colombian societies in the Amazon were known to do. While these practices may be used to learn more about indigenous Kichwa culture, pressure from international tourists to provide the most authentic experience possible often compels these shamans to falsify a romanticized version of traditional indigeneity that complies with these expectations (Davidov, 2010).

When this occurs, these rituals become little more than a performance focused on the tourists’ entertainment. Many argue that the exaggeration and commodification of these sacred practices takes away from the meaning that these they hold for indigenous peoples. In turn, by seeking some imaginary ‘pure’ or ‘authentic’ experience based off of a mystified image of these peoples’ cultures, tourists only serve to dilute the actual cultural and historical value of these practices.

These forms of tourism are rooted in a false sense of essentialism by Western tourists, or the view that these indigenous peoples and cultures are unchanging remnants of an ancient past. Many view people who speak indigenous languages and continue the practices and traditions of their ancestors to be ‘pure,’ authentic, or untouched by modern society. However, with the exception of uncontacted tribes, indigenous peoples are active members of their societies and have constantly evolved for centuries as a result of contact with outside cultures and the increasingly globalized world. However, many foreigners consider to view these peoples as unchanging, or somehow stuck in the past.

This misconception can be easily detected in an anecdote told by University of Pittsburgh alumni Anne Marie Toccket, who is now the strategic advisor for Awamaki, a women’s cooperative based in the Sacred Valley in the Peruvian Andes. Anne Marie describes an experience that she had when she first started out with this organization in which she saw a Quechua woman weaving a textile with the design of a car on it. Anne Marie was puzzled, and asked the woman why she was weaving a car, as that is not something that is ‘authentic’ or ‘indigenous.’ The woman plainly responded, “I simply weave what I see. If I see a car, I will weave a car.”

This anecdote perfectly demonstrates the misconceptions that many foreigners automatically have about what it means to be indigenous. Without even thinking about it, by creating and perpetuating these images of indigenous peoples as ancient peoples in a modern society, we pressure these peoples to conform to these expectations and provide tourists with an experience that validates this notion of ‘otherness.’ And, if they do not fit into this mold, they are written off as inauthentic or diluted.

These misconceptions and stereotypes are harmful not only because they pressure indigenous peoples to modify their traditions to fit expectations, but because they turn these rituals and practices into a performance rather than an educational experience. In conforming to the expectations of Western tourists, these agencies perpetuate racialized colonial power structures that establish the indigenous person as an exotic and primitive presentation to serve the European’s need for entertainment and self-fulfillment.

This power dynamic dates back to the era of colonization, during which it was relatively common practice for European colonizers to put indigenous individuals from Latin America, Africa, and Polynesia on display in exhibits for audiences to ridicule and study as if animals in a zoo. A comparable practice can be seen today in Peru, where corrupt agencies will charge tourists between $7,000 and $10,000 for a ‘human safari’ around the protected territory of the uncontacted Mascho-Piro tribe—which could potentially expose members of the tribe to new diseases that could easily wipe out the entire group (COHA).

Though this is an extreme example, these ‘human safaris’ too are a form of Ethnotourism, and they play on the same notion that indigenous peoples are primitive and/or ancient groups who are there to serve as entertainment for visiting tourists. The tourism agencies that allow for these human safaris, shamanistic ‘cleansings,’ or photos with indigenous Quechua women, capitalize on the ignorance of tourists and feed into the already exoticized image of these groups as inherently different or inferior to others.

However, these corrupt agencies that establish indigenous peoples as an opportunity for an ‘authentic’ or ‘pure’ experience will continue to offer these programs as long as there are ignorant tourists willing to pay for them. For this reason, the key to reducing the harm that these practices invoke is education about the power structures at play, and about the problems with viewing indigenous peoples through an essentialist lens. If any foreigner seeks to learn more about indigenous culture while traveling, it is necessary to first conduct thorough research about the tourism agencies and the history of those peoples to avoid further misrepresentation or exploitation.

Traveling internationally is a privilege, and it is crucial that the countries and peoples being visited receive respect and courtesy, not ridicule and demands for photo opportunities. When traveling to a country with a prominent indigenous cultural presence, people must be aware of the power dynamics at play, and act accordingly to ensure that these peoples are not further marginalized for commercial profit.