Fighting Abuse: The Struggles of Domestic Workers in Mexico 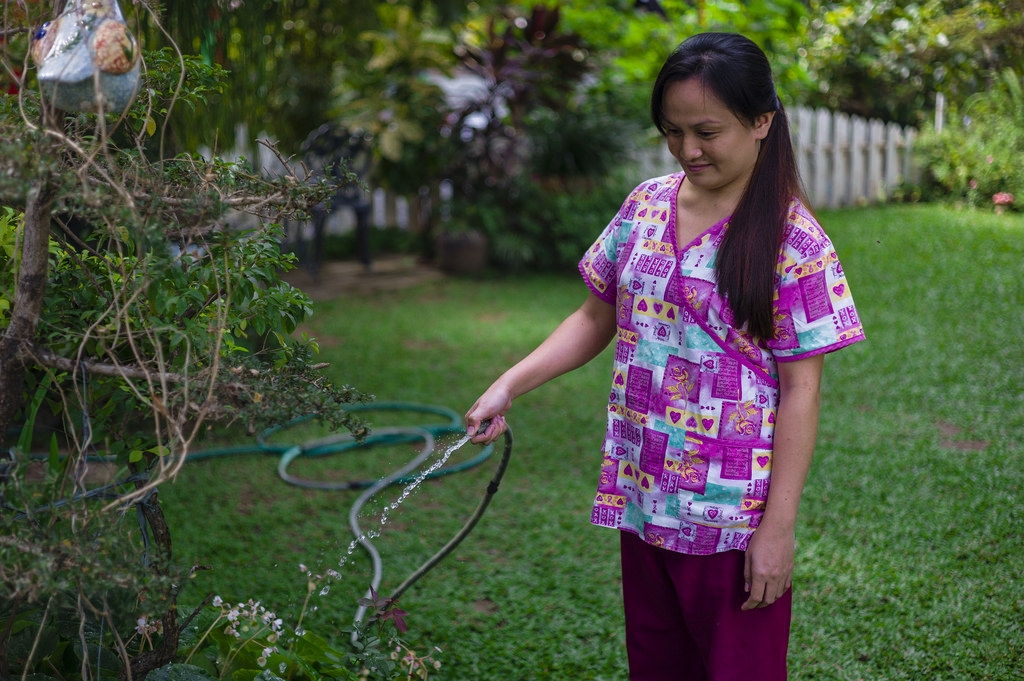 At age 13, Carolina Hernández began working as a maid for a middle class family just outside of Mexico City. After her first two weeks of work, her employer refused to pay her and then accused her of stealing. The employer told Carolina that she would call the police if she did not leave, so she did. She never got paid for her two weeks of work. Hernandez’s next position was with a middle-aged woman who made sexual advances towards her when she was bathing. When Carolina refused her employer’s advances she was slapped across the face1. Hernández continued to work in various households as a maid, but she never received sick pay or holidays, she was constantly tested to make sure she didn’t steal and her hours were cut and her job halted without warning.
Yoloxochitl Solis is a single mother who had a similar experience working as a domestic employee. She remembers how her boss would throw food at her and prevent her from using the bathroom. Her pay was only about $20 a day and two of those dollars would pay for her hour long commute to work each day. She worked Monday through Saturday and was supposed to work from 8:30 to 3:00pm, but was often forced to work until 8 p.m. One day she was too sick to go to work and was yelled at and insulted by her boss. That was when she had enough and finally quit the position2.
Magdalena Urbano Blas also started working as a domestic worker at age 13. Her first employers paid her $4 a week. She was encouraged to complete her primary education, but her employers paid her so little that she could not afford rent. Instead, she lived in an open room on the roof of a house nearby and she irons for the owner to pay the rent3.
These women’s’ stories are not unique. There are around 2.3 million domestic workers in Mexico. More than 90% of them are women and one in five began working before the legal age of 16. It is not uncommon for domestic workers to be subjected to poor working conditions and abuse. One in five domestic workers toil 11 hours or more each day and 30% do not get a break during their work shifts. The bad conditions often extend to abusive environments. The National Board for the Prevention of Discrimination found that 14 percent of domestic workers have been physically or sexually abused. Seventeen percent had been falsely accused of stealing and another 17% had been fired without without proper cause. These workers are also unlikely to get a financial break, with just 30 percent getting paid holidays and 75% never having had a pay raise4. The future for these workers is limited, as 83% of employers do not allow their staff to continue their studies. This results in half of domestic workers not having finished secondary school.
Marcelina Bautista had an experience similar to many of these women. She wanted to become a lawyer, but had no secondary school in her town. As one of 13 children, she had no choice but to move to Mexico City to look for work. At the time, she could only speak Mixtec, her local dialect, so when she became a live-in housekeeper and nanny, she had to learn Spanish from the children she watched. Bautista was insulted and harassed by her employer because she was uneducated and and could not speak Spanish. After working for 22 years as a domestic worker with long hours and low wages, she was able to start the Centre for Support and Training for Domestic Workers (CACEH).  This association, launched in 2000, was aimed at fighting for the employment rights of domestic workers. It has since become a union run by and for domestic workers. Now Bautista is helping other domestic workers know their rights and demand better treatment. CACEH receives between 3 and 5 complaints a day, most focusing on firing without cause and discrimination. Bautista explains that “domestic workers are fired without justification, accused of theft, thrown in jail over accusations of all kinds just to avoid paying them, and suffer sexual harassment . . . They have no protection and their work is not valued”5.
Bautista and the union are working to get the Mexican government to ratify the International Labour Organization Convention 189, which requires that domestic workers have basic rights such as a minimum wage, overtime pay, a set workweek with days off, maternity leave and contracts that also protect them from abuse.  In 2011, the Mexican government signed the convention, but has yet to ratify it. CACEH hopes to enable domestic workers to band together to demand the legal protection they deserve.