The Downfalls of the Andean Strategy 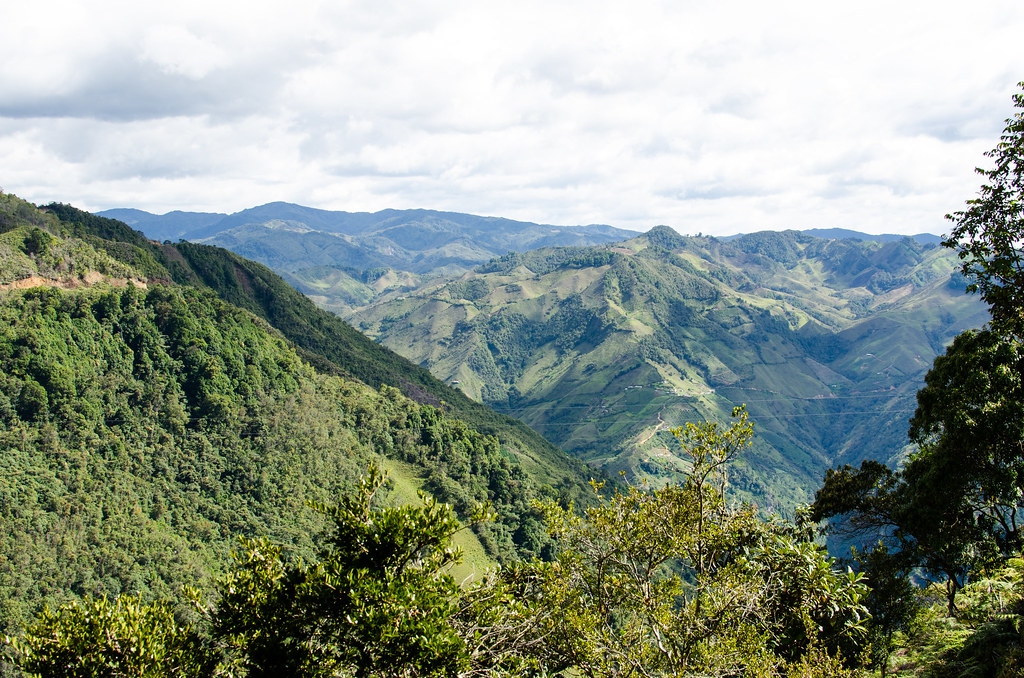 We know the “War on Drugs” as a U.S.-led, global effort to reduce the illegal drug trade within our country. Richard Nixon originally coined the term during a press conference in 1971, also calling drug abuse “public enemy number one” (Vulliamy, 2011). Drug abuse has certainly been treated as an enemy, and the fight against it has relied heavily on military force and criminalization. The very name signifies a violent and militaristic approach toward resolving a global public health issue.

In 1989, President Bush was left to inherit the most recent efforts toward the War on Drugs:  Ronald Reagan’s 1986 and 1988 Anti-Drug Abuse Acts. The 1986 act changed the supervised release of drug offenders from a rehabilitative system to a punitive system and created new mandatory minimum sentences for drugs (Marcy, 2010). While Reagan called for a “national crusade against drugs,” he also cut 225 million dollars from state and local drug enforcement programs. Further, Reagan gave the drug education budget 100 million dollars less than what was promised (Marcy, 2010). The 1988 act created the Office of National Drug Control Policy (ONDCP), a new cabinet position of national drug czar, and increased participation of the U.S. military in the northern Andes (Marcy, 2010). The latter was the most influential component for the creation of President Bush’s new drug policy, the Andean Strategy.

The Andean Strategy had three main goals: the reduction of coca and cocaine production in the Andes, increased interdiction of drug shipments entering the U.S., and the significant increase in the price of cocaine to reduce its availability in the U.S. (Levitsky, 1990). Differentiation of the coca leaf and the drug cocaine is necessary because the U.S. has often misconstrued the two as being one entity. Coca is a plant with great significance to Andean culture, but it also obtains practical and medical purposes. The leaf plays a role in religious and nonreligious rituals, can be made into tea, chewed, and used to suppress tiredness, hunger, colds, and altitude sickness (Hwang, 2016). On the other hand, cocaine is the alkaloid or chemical compound found in coca. Coca leaves must go through a rigorous chemical process in order to become powered cocaine. Specifically, about 400 pounds of coca are needed to produce one pound of cocaine (Hwang, 2016).

The U.S. views Colombia, Peru, and Bolivia as the main sources of their cocaine problem. Therefore, the Andean Strategy sought to suppress coca and cocaine production within these three countries by separating coca-growing areas, blocking chemical deliveries, and destroying laboratories. In Bolivia, for example, the government felt pressure from the U.S. to implement Law 1008, which set caps on the legal cultivation of coca to 12,000 hectares and implemented annual eradication of the plant ranging from 5,000 to 8,000 hectares (Marcy, 2010). The Andean Strategy also attempted to reduce coca growth with crop substitution, encouraging Campesinos to grow oranges, bananas, and other fruits. Furthermore, the policy provided military assistance, training, and logistical support to the northern Andean governments. From 1989 to 1990, the budget allocated to the northern Andean nations for drug control increased from 234 to 359 million dollars, almost entirely for military assistance. In addition to the Andean militaries, Bush sent U.S. Special Forces to partake in counternarcotics activities throughout the region (Marcy, 2010).

The Andean Strategy essentially failed in its three goals as a result of economic drawbacks and militarization in a region with a historical background of narcotics-related corruption. Aside from the fact that fruit production was not a lucrative industry in this region, the reduction of coca supply only drove up the price, which encouraged more Campesinos to grow it. A balloon effect of coca production sites also occurred, meaning that when one site was shut down, it was easy to revamp production in a neighboring country. Lastly, the interdiction and seizure of drug shipments only made a minuscule dent in the overall profit of drug traffickers (Marcy, 2010). Beyond economics, the militarization of the Andean Strategy exacerbated several problems in all three countries. In Bolivia, Law 1008 caused a mobilization of Campesino workers to protest against the new system as well as the overpopulation of the Bolivian prison system (Andean Information Network, 2012). Increased coca prices intensified the complex war between guerillas, narco-paramilitaries and the national military for control over coca cultivation areas in Colombia. President Fujimori of Peru preferred to grapple with the threat of the terrorist group Sendero Luminoso before the drug problem, but the Andean Strategy failed to differentiate narcotics and terrorism as separate issues (Marcy, 2010). By failing to consider the social, political, and historical contexts of these three countries, the Andean Strategy dismissed any potential for success in combatting cocaine use in the U.S.

How can drug use be minimized without the problematic spiral of mass militarization? What happens when drug use is viewed as a public health issue, rather than a criminal justice issue?

In 1994, the RAND Corporation—a public policy research organization and nonprofit—conducted a study to analyze policies for controlling cocaine. The study investigated the efficacy of “supply-control” efforts such as domestic enforcement (seizures within the U.S.), interdiction (seizures at U.S. customs), and source-country control (eradication or seizure in the Andean region) along with “demand-control” efforts, which are treatments for drug abuse. Results demonstrated that treatment was seven times more efficient than domestic enforcement, 10 times more efficient than interdiction, 23 times more efficient than attacking drugs at their source, and the cheapest method of all four efforts (Rydell & Everingham, 1994). Not only is a treatment more effective, but it also leads to an increased understanding of what drug use is, and how it functions. In 2016, the United Nations General Assembly Special Session on Drugs (UNGASS) and its 193 member states unanimously approved and recognized “drug addiction as a complex multifactorial health disorder characterized by a chronic and relapsing nature” (Volkow et al, 2017). The assembly further recognized drug use as preventable, treatable, and not the result of moral failure or criminality. Eight recommendations for treatment and drug use approach originated from the session, one of them being to address substance use disorders as public health problems instead of criminal justice issues (Volkow et al, 2017). Unanimous recognition of drug use concerning health and addiction is essential for creating future policies to combat the problem as such.

At the time of the RAND study, the U.S. was spending an estimated 13 billion each year on cocaine control, with only 7% of the funds being allocated toward treatment programs (Rydell & Everingham, 1994). While mental disorders are becoming increasingly more understood and legitimized in society, substance abuse is a complex disorder that is still often attributed to the fault of the individual. Widespread recognition for drug abuse as a health issue is on the rise but needs improvement in public policy settings in order to successfully combat the U.S. drug epidemic.

Marcy, W. (2010). 6: The Militarization of the Drug War: Bush, Panama, and the Andean Strategy. In The politics of cocaine how U.S. policy has created a thriving drug industry in Central and South America (pp. 163–206). essay, Chicago Review Press.

Marcy, W. (2010). 7: The Failure of the Andean Strategy. In The politics of cocaine how U.S. policy has created a thriving drug industry in Central and South America (pp. 163–206). essay, Chicago Review Press.

Sustainability Series: Part One- Mangroves as a Case Study for Effects and Implications of Plastic Waste on Flora and Surrounding Populations in Latin America
01/17/2022 - 20:45

Stigma and A Lack of Safe Spaces and Resources Enforces Violence against Sex Workers in Argentina
12/02/2021 - 10:44