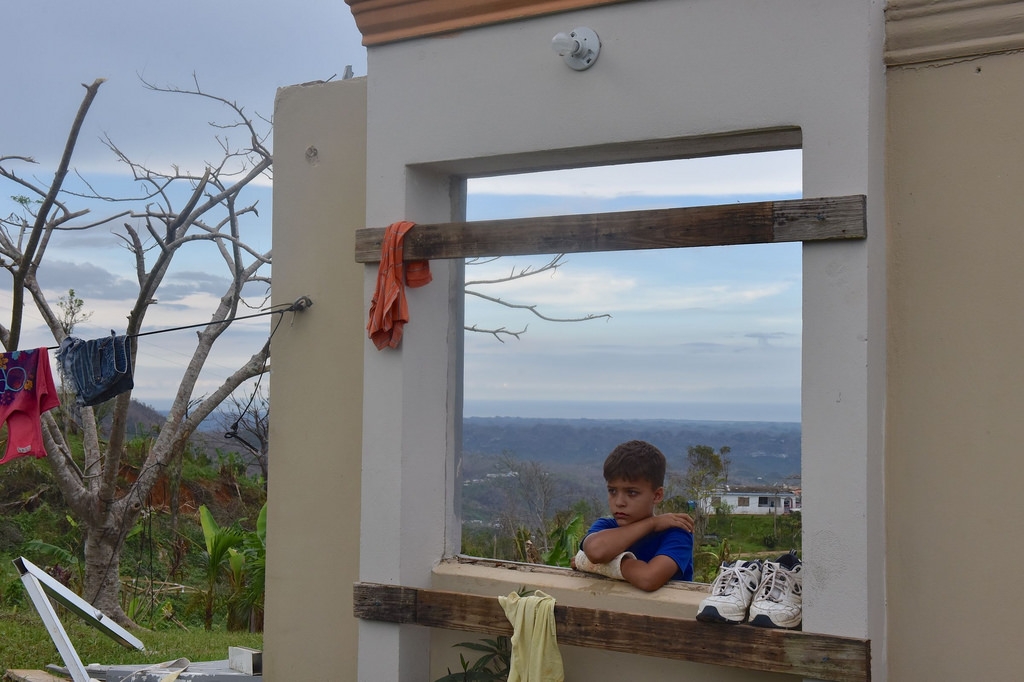 Only two weeks after hurricane Irma caused destruction in Puerto Rico, hurricane Maria ravaged throughout the small island. A Harvard study published in May 2018 sought to unpack the lasting implications of the hurricane destruction on the lives of Puerto Ricans. Even with an estimated $90 billion dollars in damages, the official death count of hurricane Maria was declared 64 (Hernández and McGinley). However, this number doesn't even scratch the surface of the deep-rooted damage done to the island---in which Harvard estimates resulted in 4,645 deaths (Kishore et al.). The official death toll of 64 people included people who perished throughout the island from injuries, floodwaters, or could not reach medical attention in time while experiencing severe medical emergencies. These acute problems caused widespread issues during and after the natural disaster. According to the the Harvard study, the interruption of medical care was the primary cause of continuously high mortality rates from September 20th through December 31st, 2017 (Kishore et al.). The Washington Post covered a piece that detailed how a woman named Miliana Montanez held her mother in her arms in terror as she needed life-saving attention, but there was nothing the family could do to save her. The family finally desperately searched for 20 minutes to find cellular reception to call an ambulance-- but the poor road conditions and inoperative traffic signals caused the first responders to arrive just too late, her mother had already passed (Hernández and McGinley). As well as acute problems, long-term accessibility to water supply, electricity, telecommunications networks, and access to medical care resulted in thousands of indirect deaths. Although public health analysis is extremely difficult post-disaster when disfunction plagues public service and health systems, Harvard surveyed 3,299 randomly chosen households to evaluate their displacement, infrastructure loss, and causes of death (Kishore et al.).

Despite Puerto Rico’s long history with natural disasters, the analysis of long-term damage to the residents of the island calls for massive improvements to immediate response measures, future risk reduction, and preparedness planning. Right now, an almost year-long effort costing $3.8 billion dollars is underway to end the longest blackout in U.S. history and finally restore power throughout the entire island (Greenemeier and Dzierzak). Although it is a sign that restoration efforts are making positive change, there is still hesitation over whether the immensely expensive electrical grid will hold up during the next hurricane season. Nonetheless, the Puerto Rican government believes that a complete redesign of the territory’s power generation, transmission, and distribution is necessary. The usage of microgrids using renewable energy seems like the best option for Puerto Rico’s residents as they take on future storms. Because the Puerto Rican government is experiencing a huge debt crisis, it puts residents at risk for neglect during crises or disasters due to the lack of resources. According to an article published by Scientific American, the Puerto Rico Electric Power Authority (PREPA) is responsible for $9 billion of the island’s $72 billion dollar public debt (Greenemeier and Dzierzak). In an effort to combat total reliance on the government, homes and residential buildings are now trying to build solar panels and microgrids. Although some Puerto Ricans have been building these energy resources for years, it is now recognized under law and seen as a legitimate way to obtain and distribute energy. The main problem is that enough generated energy to cover the bare minimum of living necessities would require six rooftop solar panels which costs roughly about $7,000 dollars on an island where the average income is less than $20,000 a year (Greenemeier and Dzierzak). However, innovative ideas as well as helping neighbors have come out of the destruction of hurricane Maria. An environmental watchdog organization called The Casa Pueblo has distributed 54 small, solar powered refrigerators to people who depend on temperature-controlled medication. The organization is also a strong force in pushing Puerto Rico to depend on microgrid energy using food waste.

The Future of the Island

It has been an extremely difficult year for the island, as it deals with ongoing issues related to the hurricane's path of destruction. It has also served as a symbol around the world for disaster preparedness, and offers new ways to think about the safety and security of humans. In the essence of government negligence, the conversation of statehood has continuously been brought up concerning Puerto Rico. On July 4th, The Hill published an article stating that Puerto Rico deserves the liberation of being a state of the United States. In the past five years, Puerto Rico has voted twice in favor of becoming a state rather than remaining a territory or becoming a sovereign nation (Schatz). Even on the campaign trail, Donald Trump declared that Puerto Rico should be able to determine their own political status (Schatz). A fundamental benefit of granting statehood to Puerto Rico according to the Government Accountability Office states that “statehood could eliminate any risk associated with Puerto Rico’s uncertain political status and any related deterrent to business investment” (Schatz). Meaning, statehood could also lead to desperately needed economic growth for the territory and Puerto Ricans. With uncertain economic, political, and development changes in Puerto Rico’s future, only one thing is for certain-- the next heavy storm season is coming and Puerto Rico cannot be unprepared.