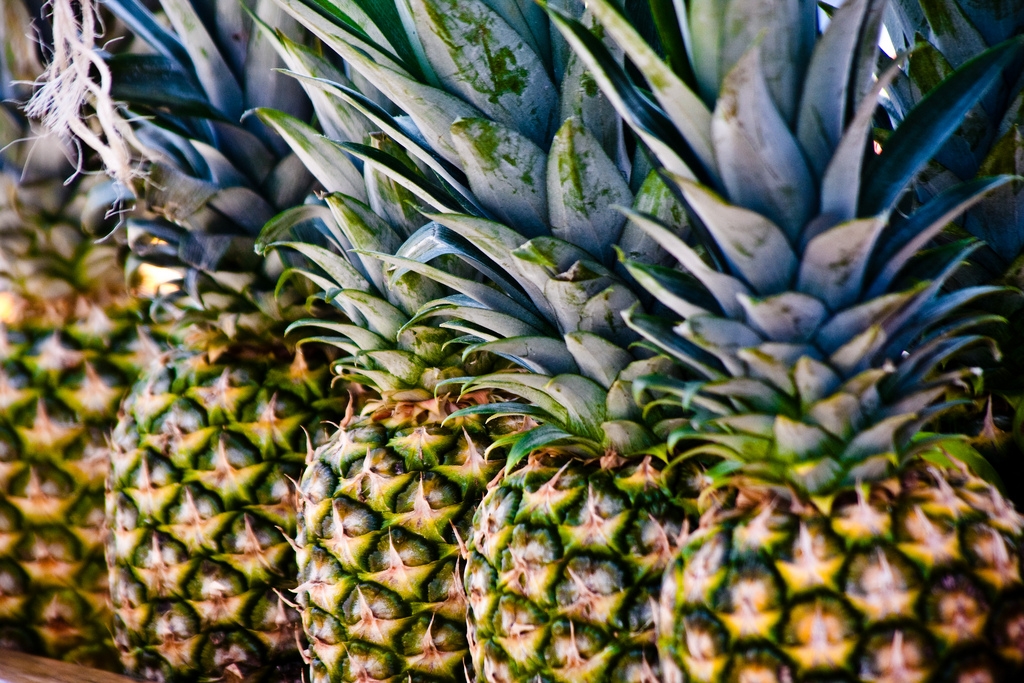 Since the year 2000 the worldwide demand for pineapple has skyrocketed about 300 percent, prompting growers in Costa Rica to increase their output and find new ways to satisfy hungry consumers (Pura Vida Guide 2016).  Costa Rica is the largest pineapple supplier to the European Union, and the largest importer is the United States, which gets 90 percent of its  pineapples from Costa Rica (Glass 2013).  I was able to attend a presentation given by Francisco Arguedas Arce, the financial manager of the fourth largest pineapple producer in Costa Rica, Chestnut Hill Farms.  To help us visualize what this jump in production looks like, Arce reported that between 2001 and the present time, pineapple export growth has increased from 25 million to 200 million boxes per year. It seems obvious that with the boost to the country’s economy and the resulting happy customers in supermarkets all over the world the deal is a win-win situation, but some locals would be quick to tell you otherwise.

While many hurriedly predicted the revitalization of Costa Rica’s economy with the new opportunity, the reality remains that many of the communities in which pineapple producers have settled have not felt the benefits of the change.  Many of the jobs that were created are only seasonal positions, and often the conditions are so harsh that many people look for work elsewhere.  As a result, most of the employees are not actually locals but rather Nicaraguan migrant workers.  About 60 percent of the total employees are Nicaraguan, with numbers as high as 90 percent in the Atlantic and northern growing regions (Lawrence 2010).  A majority of these Nicaraguans are undocumented and are well aware of their risk of deportation, forcing them to work long hours with low wages.

Many of these problems stem from overproduction and market price drops, but the enormous political and economic influence plantation owners have makes change an arduous process.  Arce noted that Del Monte and Dole together control 68 percent of the market, and they effectively control prices for the rest of the producers.  While companies like Chestnut Hill Farms follow the USDA shipping point prices to create an average price for the entire year and stabilize the wages they provide for their workers, other companies are not as forward thinking.

Workers and locals alike face another alarming threat in the pineapple industry.  Pesticide sprayers are most directly impacted, but Costa Ricans whose water supply comes in contact with these chemicals also experience the side effects, including diarrhea, rashes, gastric complications, bone and head pains and vision loss (Lawrence 2010).  The Caribbean communities of Milano, El Cairo, La Francia and Luisiana, which are home to around 7,000 people, have been hit particularly hard.  Traces of these dangerous pesticides were first found in their water supplies in 2003, and there has been little relief since; the towns have been depending on water that is trucked in since 2007, an action that was thought to be a temporary solution.  Instead, families are still left praying that the truck doesn’t break down or have to tend to another emergency, leaving them without drinking water for up to four days at a time (Ortiz 2015).

In response to the rise of complications that accompanied the pineapple boom, the United Nations Development Programme (UNDP) has been working with the Costa Rican government to advance an action plan that will address the social and environmental implications of the pineapple industry.  One of the key issues being targeted is the agrochemical runoff, and producers will now face a certification process for chemical application, new policies, and improved water quality monitoring (Lopez 2016).

Arce maintained that Chestnut Hill Farms does its part to test the safety of its pesticides, and that much of the problem today actually comes from the pressure from environmentalists and universities, who he says reject newer pesticides that are environmentally friendly, cleaner alternatives to the ones they must legally use.  He stated that “every time the ministry approves a new [pesticide], it’s a scandal.  They are wrong because we are using the old ones.  We need to use the new ones.”