Can the "Ciclovías" Lead to Social Change in Latin America? 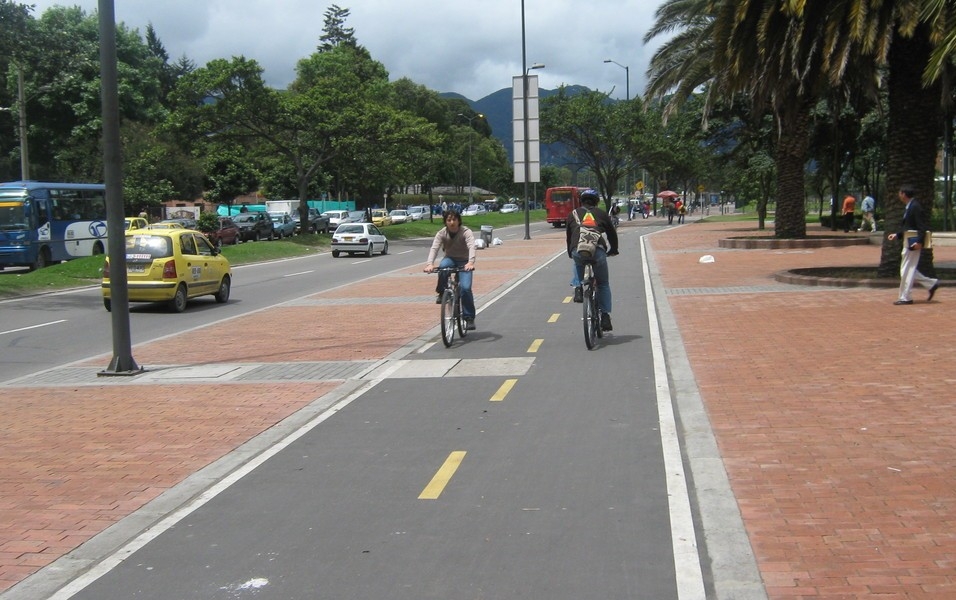 Many Latin American countries are home to vast slums that cover large parts of cities. These slums are almost completely disconnected from the infrastructure of the main cities, including roads and public transportation. Cities with large slum populations such as Rio de Janeiro, Mexico City, and Buenos Aires were all built to transport people via automobile and bus with little room for people who can only travel either by foot or by bicycle. In Latin America, 96% of the roads are designed to be used exclusively by motor vehicles, leaving very little space to people without cars.1 In Rio, Mexico City, and Buenos Aires, the percentage of non-motor vehicle roadways are 2.2, 0.15, and 0.31 percent, respectively.1 Much of this dissociation between city infrastructure and its inhabitants has to do with the rapid growth of slums which leaves little time and money to properly urbanize those parts of the city that need the most help.

Luckily, Latin America is also a pioneer in infrastructure innovation. Ever since the introduction in the 1980s of the ciclovía (bike path) in Bogotá, Colombia, many Latin American cities are adopting the idea of transforming city streets into inclusive places for all forms of transportation. The objective of the Ciclovía is to create roads that are inclusive and safe to all urban dwellers, including motorists, bikers, and pedestrians. This is done by creating different lanes for cars, buses (many of which are rapid transit buses), bikes, and pedestrians. Depending on the location of the street it will favor certain modes of transportation. Streets in poor parts of the city will have more bike lanes, since that is the most popular form of transportation, while central highways will have car and bus lanes.

Cities implementing ciclovías shut down major roads on the weekend and make them open strictly to bikers, skaters, runners, and pedestrians while also converting public spaces into areas for large community exercise classes. Along with integrating people into the city infrastructure, the ciclovías also allow for social integration, which helps cut down on violence and crime that could otherwise run rampant in disconnected parts of the city. A poster child for the benefits of the ciclovías is Medellin, Colombia, which introduced a ciclovía into its urban revitalization plan in 1986 and has seen a reduction of crime and violence connected to narco-trafficking, as well as a reduction in pollution. The ciclovías have been a major factor in changing Medellin’s reputation as a drug capital into a city known for strong urban design and social inclusion. In 2011 the city had 21 kilometers worth of bike lanes and has been expanding ever since to meet the standard of Bogotá which has about 300 kilometers of bike lanes.2

According to urban expert at the World Bank, Veronica Raffo, “the creation of good infrastructure, quality public spaces, and modes of transportation that help the most vulnerable and excluded members of society is essential in order to reduce levels of inequality and poverty.”3 Creating safe roadways, and even public transportation, to and from poor parts of the city allows those people to come and go as they please and look for jobs outside of the slums. Recently, people of the slums of Buenos Aires, known as “villas miserias,” have come out in favor of urbanizing the slums in order to be included. Many people who live in the villas moved to Buenos Aires from across South America to get jobs in the city, but have found it hard to gain legitimate employment since they are socially and physically disconnected from the city.3

While implementing vast changes in infrastructure across cities can be costly, as Raffo noted, “well designed public spaces stimulate social inclusion, prosperity and functionality of a city,” and will pay off in the long term health of the city, socially, economically, and environmentally. Changing the way roadways are used, and creating less emphasis on cars as the main mode of transportation, can change the social landscape of poverty, unemployment,  and inequality in Latin American cities.