Brazilian healthcare in the ICU: analysis of federal spending on SUS in the time of COVID-19 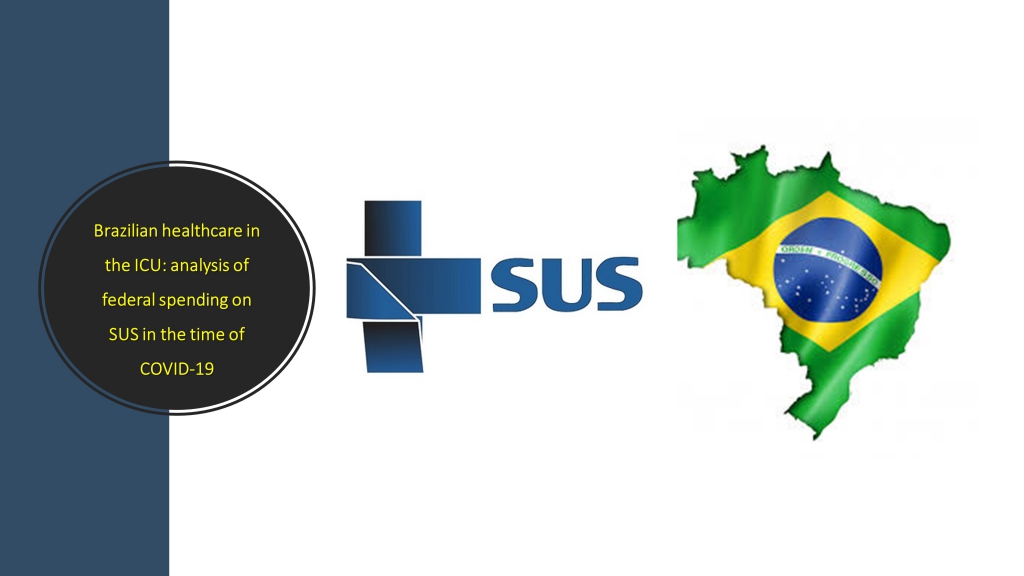 The Brazilian Unified Health System (SUS, of the acronym in Portuguese) is considered “one of the largest and most complex public healthcare systems in the world” [i]. In theory, it should guarantee universal and free access to healthcare for the Brazilian population, covering simple to highly complex medical procedures.

In recent years, media coverage of poor healthcare services rendered to the population has been frequent. The problem extends from the North to the South of Brazil and cuts across all forms of care (primary, medium, and high complex care). The chaos in hospitals and health centers highlight the precarious conditions of infrastructure, equipment - basic and specialized - and staffing deficiency faced by health professionals in multiple levels and responsibilities.

With the current pandemic, national media has brought SUS into the limelight, uncovering persistent health chaos always ignored by different governments and often blamed on health professionals and managers. Although one can justify the unpredicted nature of the pandemic, the disruption of SUS units and services is a major contributing factor that aggravates its effects. In fact, the shortage of beds in intensive care units has always been prevalent prior to the COVID-19 pandemic. With the pandemic, the situation has escalated, opening a debate on the question: Does (Did) SUS lack funding for routine services, especially considering the current moment of urgency?

Given the complex nature of the question, we will provide a tentative answer by revisiting the creation of SUS, analyzing the use of federal funds on healthcare and the effects arising from the mechanisms that may have reflected on the resources for such investments.

Although Liberal and Keynesian models have been in competition since the military regime in Brazil, the re-democratization and promulgation of the Federal Constitution of 1988 (CF/88, in Portuguese) made it evident that Brazil established an institutional political model whose spirit was the expansion of citizenship (social policies, combating inequality, etc.). The original regulation was built through an agreement between different party ideologies fed and supported by a collaborative federalism model involving the Union, states, and municipalities.

This model of social welfare, with federal coordination and cooperation, prevailed during several governments, although it has adapted and yielded to pressure from neoliberal-oriented political actors, especially in times of state fiscal crisis. Supported by the discourse of order and fiscal balance, several political parties planned actions to be undertaken (such as: cuts in resources in essential areas, privatizations of public services such as health, education, security, etc.)

The 2008 economic crises whose effect was full-blown in Brazil by 2012 triggered fiscal deterioration. With this event, the social welfare model began to gain grounds in the political debate, most importantly with the impeachment of Dilma Rousseff and replacement by Michel Temer, where political speech associated with social welfare state was substituted by a sustained narrative based on neoliberal assumptions, advocating privatization, reduced spending and investment in social policies. It should be noted that this model of minimum state is accentuated by the government of Jair Bolsonaro, who, despite the motto “more Brazil and less Brasilia”, has continuously sought to dismantle federative coordination and cooperation, passing obligations and responsibilities to almost all departments and municipalities and seeking to reduce the role of the central government in directing public policies[ii].

The emergence of COVID-19, however, made it evident that the model founded on the market is not capable of solving externalities, especially resulting from a situation as serious as what we are currently going through, thus resurfacing the debate on State intervention based on the Keynesian argument, where the economic cycle is not self-regulated as defended by neoclassicists since it is determined by a supposed “animal spirit” of the entrepreneurs.

In addition to the lack of coordination and cooperation between the central government and subnational entities, the crisis exposed the state’s inability to respond quickly to the demands caused by the pandemic. Also, the capacity of the market (omnipresent, omnipotent, and omniscient) to solve the problems was not evident. As we have witnessed, there is a lack of materials, doctors, nurses, equipment, hospitals, beds, respirators, etc.

And Why? We must specify that Brazil invests approximately 3.6% of its Gross Domestic Product (GDP) in health. When compared to countries that have national health systems like the United Kingdom and Canada, our investments are far behind. As regards countries in the Organization for Economic Cooperation and Development (OECD), Brazil is at a disadvantage. 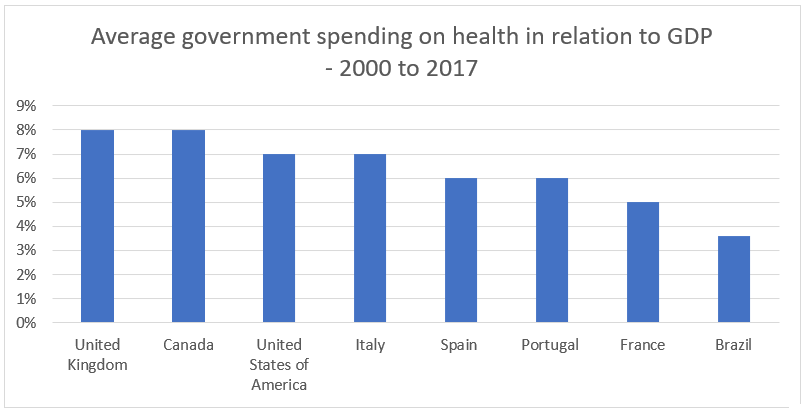 It is necessary to pay attention to two significant factors regarding the numbers in the figure above: i) besides countries spending higher GDP in percentage than Brazil, the majority have a relatively lower population, leading to a higher investment per capita; and ii) instability related to the growth of the Brazilian GDP makes the volume of investments unstable.

Also, it should be considered that resources destined to SUS are largely linked to a tax system mainly advantageous to the Union, leaving municipalities with a set of taxes that, due to the economic characteristics, they are forced to restrict their fiscal space and investment in improving public policies, including health policies.

The COVID-19 pandemic is a clear and forceful evidence of the fact that although SUS is formally defined as a unified health system, it is not so uniform. In fact, each federated entity has its own SUS, which reflects inequalities (economic, social, etc.). Materially, SUS differs from department to department and municipality to municipality.

An example of this situation is reported daily. Take the case of Amazon State, where only the capital (Manaus) has specialized resources to deal with the pandemic; Maranhão, Belém, among others, are all in a state of sanitary chaos. In all these cases, and basically all over Brazil, the constitutional principles of universalization, equity, and integrality of SUS are not being respected, nor the organizational principle of regionalization and hierarchy of health services.

In this pandemic and controversial context, the argument that the recent neoliberal policies contributed to the crisis is brought up, given that measures such as the establishment of an expenditure ceiling and the privatizations of the system which withdraws money designated for health to private entities less effective in the provision of health services. Although these arguments make sense, it is necessary to take some analytical care to avoid incurring a Manichaean view of reality that deprives analytical capacity.

It is a fact that recent measures of the government withdrew resources from SUS, as shown in the graph below, containing the relationship between expenditures of the Federal Government from 2002 to 2019 and the effect of applying the expenditure ceiling from 2018. Also, investments in health have long been kept at much lower limits in Brazil compared to OECD countries, for example. 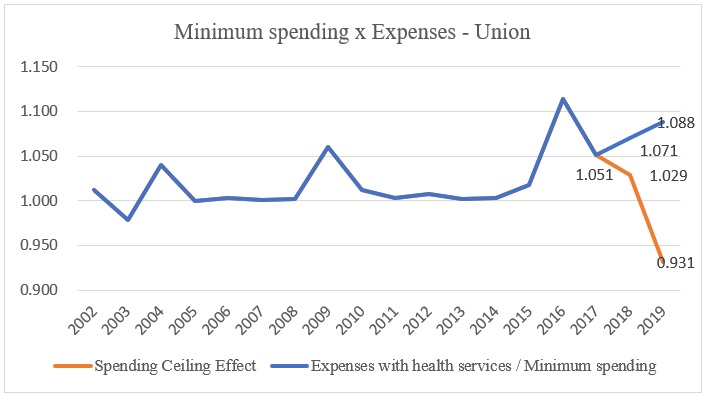 Source: Based on data from the National Treasury Secretariat (2020)

When it comes to the subject of minimum spending of resources for health, it is necessary to observe article 198 of CF/1988 and its various redactions. Until the edition of the Constitutional Amendment (EC) No. 29/2000, the definition of a minimum application limit was conditioned to the revision of a complementary law (never edited). After EC 29/2000, a floor was established (the amount committed in 1999 plus at least 5%) and corrected by the nominal GDP variation. In 2015, with the revision of EC No. 86, the limit became 15% of the Union's current net revenue, which was in effect until 2017 when EC No. 95/2016 was revised, establishing a spending ceiling for the Federal government.

The graph shows that from 2002 to 2015, with the exception of 2004 and 2009, the Federal Government spent the minimum stipulated by CF/1988 for health services. This demonstrates that during the mentioned period, there was no significant increase in expenditure on SUS, leaving our health care system lagging behind countries like Canada and the United Kingdom.

These resources are certainly missing right now. However, considering the Federal Government's spending pattern, over almost 20 years, the lack of these resources (due to the spending ceiling) is not the main cause of the crisis experienced by SUS in recent years.

Taking into account that Brazil spends less on health than countries like the United Kingdom, Canada, Portugal, and Spain, it is clear that there was no investment policy to structure SUS to meet the demands of Brazilian society, much less, for a pandemic in the proportions of the current one. This situation explains why dengue and yellow fever (to mention some examples of other endemic diseases) caused saturation in the SUS network.

When these health expenditures are subdivided into their respective budget subfunctions, we are able to see which area was most affected by spending cuts. As shown in the chart below, except for 2014 and 2019 and the Health Surveillance subfunction, the amounts executed showed little variation in the period from 2012 to 2019. 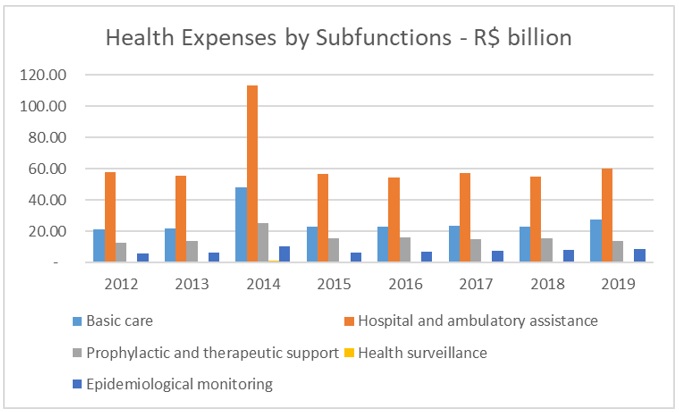 An important point to be highlighted is expenditure (investments) on Sanitary Surveillance, which, from 2015, fell by approximately 20%, corresponding to an average reduction of R$ 0.36 billion annually. Also, expenditure on sub-functions demonstrates an incremental budget practice, contributing to the persistence of the current model’s problems. Even in the face of new demands, the expenditure suggests that they are not being considered in budget allocation.

Given the above, we can infer that Brazil has maintained an average level of investment in Healthcare for years, placing it far behind developed countries. This limits the ability of SUS to invest and transform its system into a more efficient one. It is important to note that these investments also depend on the investment capacity of the subnational entities, generating more inequality among the federative entities.

Thus, despite the fact that health investments have been well below the average of developed countries and presented little growth over the analyzed period, healthcare has been deprived of more than R$ 23 billion in investments since the approval of the EC aimed at governmental spending ceiling. COVID-19 is only revealing the state of chaos, abandonment, and inequality of SUS and public health in Brazil. However, it does not change the fact that healthcare has been mistreated for decades. The question still remains: after the pandemic, will the weakened system be maintained? Or will it be given the due attention and accordingly removed from the ICU? Will the citizen spirit of the constitution be resumed? Or Will a model where the “wild spirit” finds shelter be embraced once and for all?

Note: The text was initially published on the Brazilian National Journal Estadão on May 06, 2020: https://politica.estadao.com.br/blogs/gestao-politica-e-sociedade/a-saude-brasileira-na-uti-analise-dos-gastos-federais-no-sus-em-tempos-de-covid-19/ 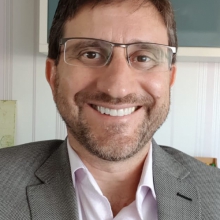 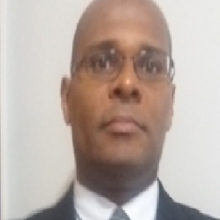 Janilson Antonio da Silva Suzart
Janilson Suzart is a Ph.D. in Controllership and Accounting from the School of Economics, Management, Accounting, and Actuarial Sciences (FEA - USP) in Brazil. He also collaborates with the Institute of Public Accounting and Democracy (ICPD). 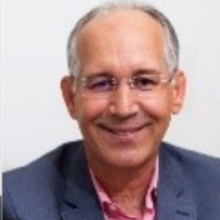