Brazil: A Model for HIV/AIDS Prevention? 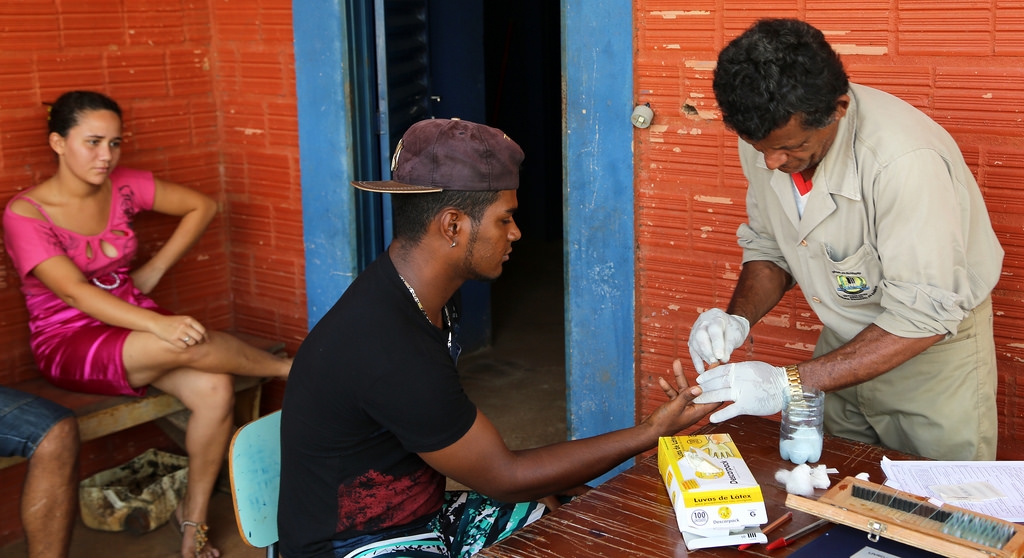 Brazil has accomplished a great deal when it comes to combating AIDS. It has developed a comprehensive, multi-level approach to fighting the disease that includes both prevention and treatment. The nation’s approach brings together the federal government, local government and NGOs to combat the epidemic from all angles. After decades of working to perfect the plan to combat AIDS, Brazil received international acclaim for its success. Just a decade later, the country is at risk of shifting their focus away from the disease and losing all of the progress they have already made.

In 1991, both Brazil and South Africa had an HIV prevalence rate of 1% of the population. The divergence in the success of each nation’s HIV prevention programs is seen clearly a decade later. South Africa’s rate grew to 25% of the population, while in Brazil, the rate of infection remained at 1% (1). In the mid-1990s, Brazil was faring better than many other countries, but the nation still had half a million people who were HIV positive. The government helped to set up clinics to help those people who were infected, but did not provide the needed drugs to treat HIV. Many of those infected could not afford all of the medications that they needed. One teacher, Nair Brito, decided to take on the government when she found that she was infected. She sued the Brazilian government for the drugs needed and won. In order to begin providing HIV drugs to all those who needed them, a national health care system called the Sistema Unico de Saude was created. Through this system, local governments could help treat those who were already infected while nonprofits, religious groups and the World Bank added in assisting with prevention, counseling and additional treatment (2).

Before long, the financial weight of the HIV medication became so heavy that the government had to make some changes. In order to bring down the cost of the medication, Brazil started to create generic AIDS drugs, which were then used to negotiate lower prices on the global market from the companies that held the patents for the “triple cocktail” needed to treat AIDS. While some questioned how a developing country could afford treatment of all those infected, the government argued that the treatment saved $2 billion in health care costs since the early 1990s. The comprehensive plan for prevention consisted of two parts: treatment provided by the government which makes the infection less likely to spread, partnered with aggressive advertising campaigns.  The campaigns did not shy away from being extremely frank about topics usually considered taboo. Ads focused on the message that sex should be celebrated and enjoyed, but with a condom. This message was well received by the more sexually open Brazilian society (3).

In the early 2000s, the cost of AIDS medicine once again became a problem for the Brazilian government. The government threatened to break patents in order to provide medication to all those in need. In 2005, the Brazilian government asked three American companies to provide them with the voluntary licenses for the drugs needed to treat HIV/AIDS. Finally, a compromise with the research company Abbott was reached, even though the CEO emphatically stated that patents are necessary for further research to continue. Despite the effort to save the treatment, the government had another crisis in 2005 in which it was unable to provide enough of the drug tenofovir due to a combination of high prices and a lack of the generic form of the drug. In order to ward off the immediate consequences, the Brazilian government purchased the needed medication from Argentina. Another deal was made with the Brazilian branch of Gilead to cut the price of the medication in order to save the government $15.2 million dollars each year (4). The government’s response to HIV/AIDS received international acclaim from the Bill and Melinda Gates Foundation as the best model response in 2003 and was further supported in 2004 by UNAIDS. This success also pushed Brazil to help African nations to find means to develop the medications needed to treat AIDS (5).

Less than a decade after receiving international acclaim for their response model, the support and success of HIV/AIDS treatment and prevention began to wane. The increase in the lifespan of AIDS patients combined with a growing number of people infected, have put a strain on the supply of anti-retroviral drugs. According to Pedro Chequer, the UNAids coordinator in Brazil, the government must increase its work to reach all of those infected including the estimated 250,000 Brazilians who are unaware they are HIV-positive. Other critics of the treatment state that getting treatment beyond simply the basic AIDS medication is challenging. Many complain that the public health system has become overwhelmed, leaving hospitals overcrowded. Others assign the blame to the overconfidence of former President Lula, who shifted international attention and funds away from Brazil and towards Africa, leaving Brazil without much of the financial assistance that had made its program a success. Veriano Terto Jr, the coordinator of the Brazilian Interdisciplinary AIDs Association says that religious groups have also put pressure on the government to soften their marketing approaches. He argued, “The government has lost its boldness and is faltering in its ability to produce a firm, calm message to get to the people it must reach” (6).

Numbers from 2015 show that Brazil has 830,000 people living with HIV. In 2015 alone there were 44,000 new infections and approximately 15,000 AIDs related deaths. It has the largest number of people (47%) living with HIV in all of Latin America. Globally, it is one of 15 countries which represent 75% of the global number of those living with HIV (7). These numbers alone show that despite the previous success of Brazil’s AIDs prevention and treatment program, there is still a long way to go before eradicating the disease.