Berta Cáceres - A Loss for Honduras and the World 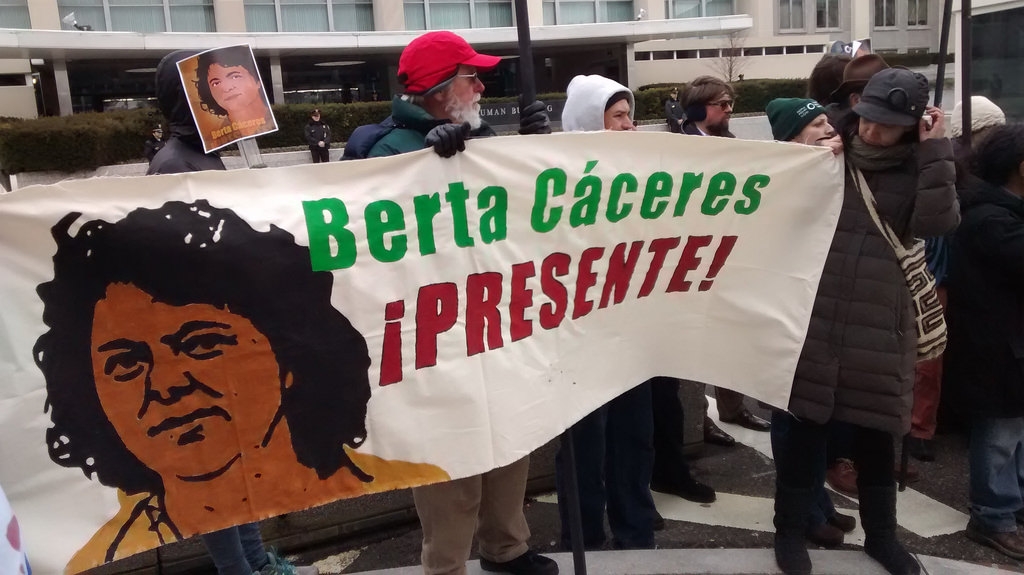 March 3, 2016 marked a sad day for activist of human rights, indigenous peoples’ rights and environmental activists.  Berta Cáceres, a well-known Honduran activist, was killed[1] at home in the early hours of that Thursday morning. Cáceres fought on many fronts, including human rights, indigenous peoples and the environment, and for this reason, she lived as a target.

The El País journal[2] reported that this Honduran activist "fulfilled all the requisites to be a victim of violence in Honduras." Why? Because she was a woman, an activist, a defender of the local communities and a thorn in the government’s side. In 2009, the Inter-American Commission on Human Rights demanded the State of Honduras guarantee Berta Cáceres’ safety because she was the victim of frequent threats. The Minister of Safety and Security, Julián Pacheco, said that there were protective measures in place, though armed men entered in her home around 1 a.m. local time.

Berta Cáceres founded the Civic Council of Popular and Indigenous Organizations of Honduras in 1993.  She led the charge against the hydroelectric project of Agua Zarca and was against the coup d' état in 2009 which took Manuel Zelaya from power. In 2015, she won the Goldman Environmental Prize, regarded as the most important distinction in the area of environmental protection.

Cáceres was an activist who, since her teens, had been involved in defending the collective rights of the Honduran indigenous group, Lenca.  For two decades, she was directly involved in the Lenca’s victories against hydroelectric projects that would have decimated ancestral forests and rivers.  Through her leadership, she led the way into pressuring the Honduran government into ratifying a law requiring prior and informed consent of the Lenca people prior to performing work on their lands.

Her murder has shocked a country with a rate of homicides which fell from 68 in 2014 to 62 in 2015 per 100 thousand inhabitants, according to the National Autonomous University of Honduras[3]. The U.S. Ambassador to Honduras, James Nealon, condemned[4] "strongly this reprehensible crime" and "cowardly murder." Julián Pacheco, also regretted the events and reported that the watchman of the residential complex where Cáceres lived was detained.  Pacheco argued that although the activist "was always guarded" during their displacements in Intibucá, "the residence where she lost her life had not been reported to the custodians." Cáceres had met last week with his security officers, he adds.  For her energy and love for humanity, Berta Cáceres was an outstanding role model, and is now a great loss to humanity.

After the great loss to the Honduran community and the world, Hondurans and the rest of us can only hope for the perpetrators to be brought to justice.