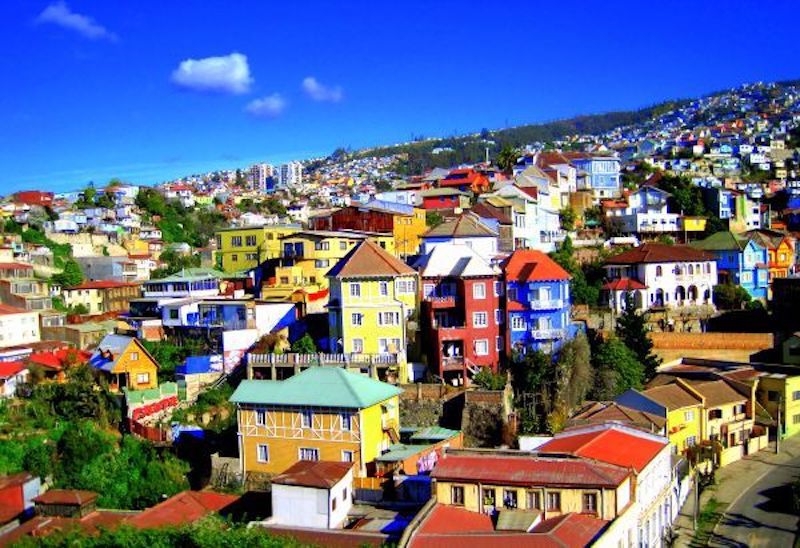 Chile, for legislative purposes, categorizes disabilities into “auditory, visual, intellectual, autism, multiple, language and learning” disorders (García-Cedillo, Romero-Contreras & Ramos-Abadie, 2015, pp. 149-150). As more research is conducted and more is learned about special needs, there is a rise in disability representation as well as a growing positive image of Chileans with disabilities today (García-Cedillo et. al, 2015). As perspectives change, so will legislation, ushering in a new era of resource availability.

Employment of workers with disabilities is a huge problem in many countries. Misinformation and misunderstanding have propagated years of workforce suppression. Although an estimated 7.6 per cent of people in Chile have a disability, disabled employees represent only .5 percent of the workforce (Hiring people with disabilities is not charity; it’s good for business, 2013). While certain disabilities do exist which inhibit a person’s capability to work, this number is surprisingly low compared to representation in the general public.

So where does this discrepancy come from?

Andrés Yurén, Senior Specialist for the ILO Bureau for Employers' Activities in Santiago, argues that “lack of good information generates myths, fear and prejudice” (as cited in Hiring people with disabilities is not charity; it’s good for business, 2013). Deliberate and nondeliberate lack of correct information causes companies to stay away from hiring people with disabilities due to concerns about productivity and image. Yet, as Yurén also notes, “ILO evidence shows … People with disabilities are often very careful … The same goes for work absence. They are absent less often from work and they are very loyal” (as cited in Hiring people with disabilities is not charity; it’s good for business, 2013). The most important thing to realize about workers with disabilities is that they are workers all the same. It is astonishing how quickly people are to judge without even trying to understand the scope of the situation. Today, in Chile, companies that are beginning to incorporate members of the disabled population into the workforce are seen as innovative, inclusive, and progressive (Hiring people with disabilities is not charity; it’s good for business, 2013). There is certainly a growing trend in workforce diversity in Chile, a sign of hope for the future. As of late 2020, new amendments have been made to Chile’s Labor Code, including requiring at least one HR staff member to have specific training regarding workers with special needs and labor inclusion (Chile: Adoptions of Measures to facilitate Employees with Disabilities, 2020). In addition, these departments are now required to host annual training programs with their staff regarding inclusive labor. If perceptions and policies pertaining to workers with disabilities can change across all countries in Latin America, more and more companies will begin to shift; hopefully leaving non inclusive ones in the past.

Along with arising opportunities for workers with disabilities, Chile is beginning to make large transitions in terms of educational inclusivity, despite decades of government turnovers and education policy changes. Under different regimes in the past, Chile’s education system has been rebuilt multiple times, with a lot of changes to the fundamental framework of special education in particular. Up until recent years, it was thought that the most effective special needs curriculums should be taught in designated special needs schools. Growing research, however, has begun to show that students with disabilities should learn in their “least restrictive environment”; in other words, the program in which they have the most contact with peers without disabilities (Morin, 2020). This sort of inclusive education is critical for both the students requiring special education as well as their typical peers. Inclusive education can eliminate stigmas, grow confidence, and foster an overall healthier classroom environment for all students. In Chile, this shift towards inclusive education began in the early 1990’s and, “allowed for the implementation of school projects to integrate students with disabilities in [the] general classroom” (García-Cedillo et. al, 2015). Because Chile is split between public and private education, it is difficult to implement legislation that enforces an education system of this kind. Nonetheless, growing popularity of the movement as well as new resources for diagnosis and treatment have caused a boom in inclusive education. For example, between 1997 and 2005, the number of students requiring special education that were integrated into typical classrooms grew from just over 3,300 to over 29,000, an increase of over 850% (García-Cedillo et. al, 2015). Aside from growth in actual student numbers, resources for students with special needs have also increased, from Braille adaptations to required teacher trainings (García-Cedillo et. al, 2015). This growth of resources reflects a positive change in accessibility and promotes a brighter future for children with disabilities. Inclusive education means more collaboration between special education and typical classroom teachers, ultimately allowing for the generation of more comprehensive curriculums (García-Cedillo et. al, 2015). Although problems do still exist, improvement in this sector is noticeable and exciting for the future of Chileans with disabilities.

Apart from the growth of resource availability in education and the workforce, Chileans with disabilities are still fighting for representation elsewhere. Massive protests in 2019 gave way to even more problems facing the disabled population, such as access to public healthcare, political representation, and higher pensions (Cuffe, 2019). Because the public healthcare system is focused on generalized resources, people with disabilities often turn to private specialists. Unfortunately, these resources are often inaccessible due to the high cost of such treatments (Cuffe, 2019). Despite these issues, Chileans with disabilities remain strong. Their efforts along with continued activism have captured the government’s attention. Recent talks for future legislation “include constitutional recognition of people with disabilities … recognition of sign language and deaf culture, and the creation of a Ministry of Disability” (Cuffe, 2019). Although slow working and particularly laborious, these kinds of conversations are propelling this movement in the right direction. Continued support and the spreading of awareness about resources for those with disabilities indicates signs of progress and hope. Eliminating stigmas in the workplace, schools, and society, we can all help people with disabilities achieve the representation and the adequate access to resources that they deserve. Chile should be used as an example for other Latin American countries to embrace inclusivity and to show the impact that activism and awareness have on public policy.

Peyton Stuart (He/Him/His) is a Junior at the University of Pittsburgh. Originally from York, Pennsylvania, Peyton is majoring in the Natural Sciences as well as minoring in Hispanic Language and Culture as well as Secondary Education. He is also pursuing a Latin American Studies Certificate. He loves travelling, learning more about the world, and researching special needs. In his free time, Peyton enjoys eating good food, drinking good wine, thinking about the Universe, and listening to Kanye West.