Abortion in Latin America: Definitely Not Pro-Choice, but Certainly Not Pro-Life 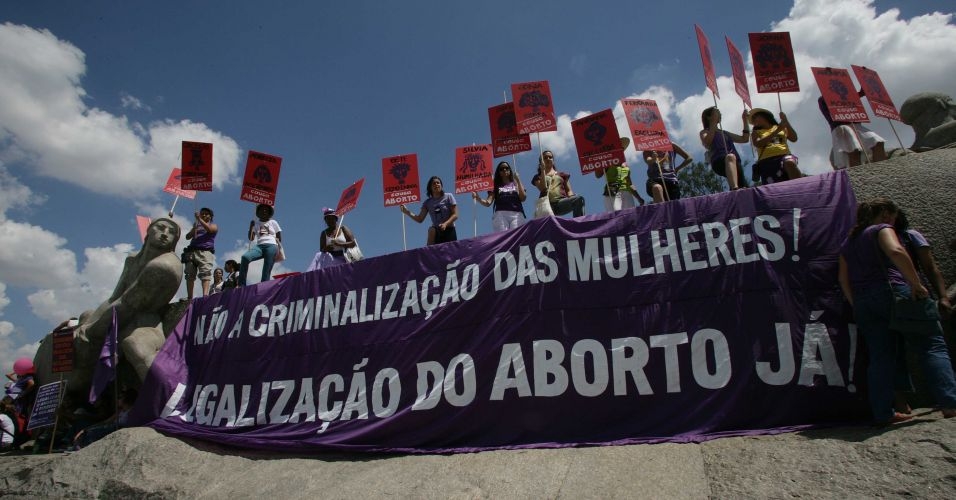 Hundreds of women sit behind bars in El Salvador punished for defying the ban on abortion. Many, such as María Teresa Rivera are pleading they are wrongly jailed for having suffered miscarriages or stillbirths. Three years ago Rivera miscarried and awoke handcuffed to her hospital bed surrounded by seven policemen who proceeded to charge her with murder.1 After an eight-month trial, she was sentenced to 30 years in prison for aggravated murder. Thirty-year old Rivera was given the longest sentence ever imposed on a Central American woman for an abortion crime. “The judge didn't believe me when I told him that I didn't even know I was pregnant at the time and that I'd started bleeding at home and had a miscarriage," Rivera told the Thomson Reuters Foundation in an interview at the women’s prison Llopango in San Salvador.1 María Teresa, already a mother of one, was taken from her son and sent to jail where she spent the first night of imprisonment sleeping on the bare floor, contemplating thoughts of suicide as her fellow inmates chanted “baby killer.”1

Her story is all too familiar in El Salvador, where abortion has been illegal in all cases since 1998.  The government prosecuted 129 and imprisoned 26 women on charges of aggravated murder between 2000 and 2011.1 The Citizen Group for the Decriminalization of Therapeutic, Ethical and Eugenic Abortion (CFDA) has launched a campaign alongside several other international human rights groups with the objective to free 17 El Salvadoran women under similar charges.1 They criticize these convictions for flimsy medical evidence and inconsistent judicial rulings, producing flawed, unjust trials.

Only seven countries worldwide have laws this strict including five in Latin America: El Salvador, Chile, Nicaragua, Honduras and the Dominican Republic.2 Rights group Amnesty International condemns the strict legislation for inducing “maternal mortality” that forces women to undergo dangerous backstreet procedures. The World Health Organization has estimated over 6,500 clandestine abortions are conducted every year in El Salvador with a mortality rate of 11%.1Wealthier women are able to travel abroad to clinics to be treated by licensed professionals, but poor and often young and single women stuck in the countryside have few alternatives.

Teen pregnancy, especially after rape, is one of the leading causes of suicide in El Salvador. Three in eight maternal deaths in women under 19 are a result of suicide.3 Sexual abuse usually comes from the hands of relatives or gang members and is almost never reported due to the social stigma surrounding rape. In cases where the rapist is the family’s main breadwinner, it could be detrimental to the survival of the entire family to report the crime. Due to these fears and the inaccessibility to other options, many pregnant teens make the most unfortunate decision to end their lives. El Salvador has one of the highest teen pregnancy rates in the Americas: girls aged 10 to 19 accounted for over a third of the nation’s pregnancies last year.3 It is illegal to have sex with a child under the age of 15, but in 2013 over 1500 girls under 15 became pregnant; enforcement of this law is extremely weak and few perpetrators are actually sent to jail.3

Many efforts to increase accessibility to contraception have been thwarted by the Church. International aid agencies have attempted to combat these reproductive issues through increased sexual health education. They want to demonstrate to young women surrounded by male-dominated Central American culture the importance of upholding the responsibility to their bodies and also to teach them their physical rights.3

In 2013, the El Salvadoran courts showed no mercy against “Beatriz,” a 22 year-old rural woman carrying a malformed fetus. Although the fetus was unlikely to survive and greatly risked her own life to attempt to give birth, the high court rejected her plea for an exception on the ban.1 It wasn’t until the Inter-American Court of Human Rights escalated the case that the El Salvadoran court relented. Beatriz underwent a C-section and survived; her baby only lived a few hours.1 This Inter-American Court, the UN and many other international human rights organizations are pressuring El Salvador to liberalize its abortion laws and release the women jailed for accused abortion crimes.

Many point to the influence of the Catholic Church for the nation’s lobby against abortion, strengthened by evangelical groups and the powerful conservative government in place in El Salvador. These lobbies argue for rights of the unborn child upheld in the nation’s constitution, acknowledged at the moment of conception in accordance of the May 29th Supreme Court ruling.4Fearing to alienate conservative voters and the Church, abortion policy is a political hot button no politician is willing to press due to quick election turn around and cultural taboo already highlighted by religious norms.

Chile and Nicaragua serve as two equally restrictive states deeming abortion illegal even in cases of rape, fetal malformation and ectopic pregnancy.5 The strict abortion policies in Latin America are definitely opposite pro-choice, but they aren’t proving to be pro-life either. In Nicaragua in 2010, 27 year-old Amalia was diagnosed with advanced cancer that had spread to her lungs, breasts and brain; she was pregnant. The court banned her from receiving chemotherapy or radiation and refused her an abortion. Seven months after conception, Amalia delivered her severely malformed baby and died herself 17 months later.5 In 2011, a 12 year-old Nicaraguan girl gave birth after being raped by her stepfather.4 Katie Gilmore, Amnesty International’s Executive Secretary General responded to Truth-Out, “Nicaragua’s ban of therapeutic abortion is a disgrace. It is a human rights scandal that ridicules medical science and distorts the law into a weapon against the provision of essential medical care to pregnant girls and women.”6

Brazil also boasts some of the world’s most restrictive abortion laws, commonly profiled by human rights groups. There, abortion is legal under only three cases: rape, brain abnormalities or risk of life to the mother. A 2010 survey reported that as many as one in five Brazilian women has had an abortion by the age of 40.7 Last month 47 people were arrested in Rio under allegations of operating an illegal abortion network, the group included police officers and several doctors.7Police have concluded about 2,000 Brazilian women have visited similar clinics in the past year, paying the equivalent of $3,000 or more for the procedure. The investigation claimed the abortions were performed in “unsanitary places,” putting patients’ health at risk. The arrests were made as part of Operation Herod, gaining momentum as two Brazilian women, 27 and 32, died as a result of illegal termination procedures. Rio Police issued 28 arrest warrants in the days following the arrests. Women caught in violation of the ban are subject to lengthy jail sentences.7

Uruguay, on the other hand, has imposed many social changes, legalizing abortion (2012), expanding rights of same-sex couples and decriminalizing marijuana.2 Uruguay separated its government from the Catholic Church in the early 20th century, one of the first nations in Latin America to do so.8 Although the overwhelming majority of Latin American governments are officially secular, the Catholic Church continues to successfully influence legislation.5  Progressive movements have taken hold in Mexico, Argentina, Colombia and Peru, as well. Mexico City (2007) and two other Mexican states have legalized abortion in the first 12 weeks of pregnancy.4 Bolivia has lessened restrictions so that women no longer need a judge’s approval to undergo the procedure. Argentine and Honduran women can seek abortions in cases of rape and incest.8 Still, over half a million Argentinean women resort to underground abortions each year.6 In Cuba abortion has been completely legal since 1965.8 The Guttmacher Institute, a reproductive health organization, estimates over 4.4 million abortions are performed in Latin America every year, or about 32 abortions per every 1,000 women of childbearing age. In Cuba where abortion is legal, the rate of abortion is nearly one-third lower than the regional statistic.4 Only five other Latin American states boast legal abortions, defined as “permitted either without restriction as to reason to on socioeconomic grounds:” French Guiana, Puerto Rico, Guyana and Uruguay.5 Why has the rest of Latin America struggled to impose such reforms like their Catholic colonial empires?

Throughout the 60s and 70s, many Latin American countries were governed by  dictatorships and brutal regimes while feminist movements swept Europe and North America. In many of these nations, the poor were destitute and survival was of main concern, not reproductive rights. Momentum has increased in very restrictive countries such as Chile; last year three bills were sent to Congress to loosen the absolute ban on abortion. All three were rejected. Unfortunately for these social reformers, many international NGOs that advocate abortion legalization have lost significant resources after the US banned their federal funding, especially under George W. Bush.6

Identification with the Catholic Church among Latin Americans continues to fall from 90% in 1910 to 72% in 2010.8 Urban living has increased and progressive values are growing among these populations. Every year on September 28th, women mobilize on Global Day of Action for Access to Safe and Legal Abortion. The movement began in 1990 and demands “safe and affordable abortion services” in addition to ending “the stigma and discrimination towards women who choose to have an abortion.”6 But, over 24 years since the effort's inception, Latin America stands far behind the rest of the world on these terms.

4. “Miscarriages of Justice.” The Economist. Available at:

Latin America.” The Guardian. Available at: