“I love that, that is my story:” An Evening with Richard Blanco 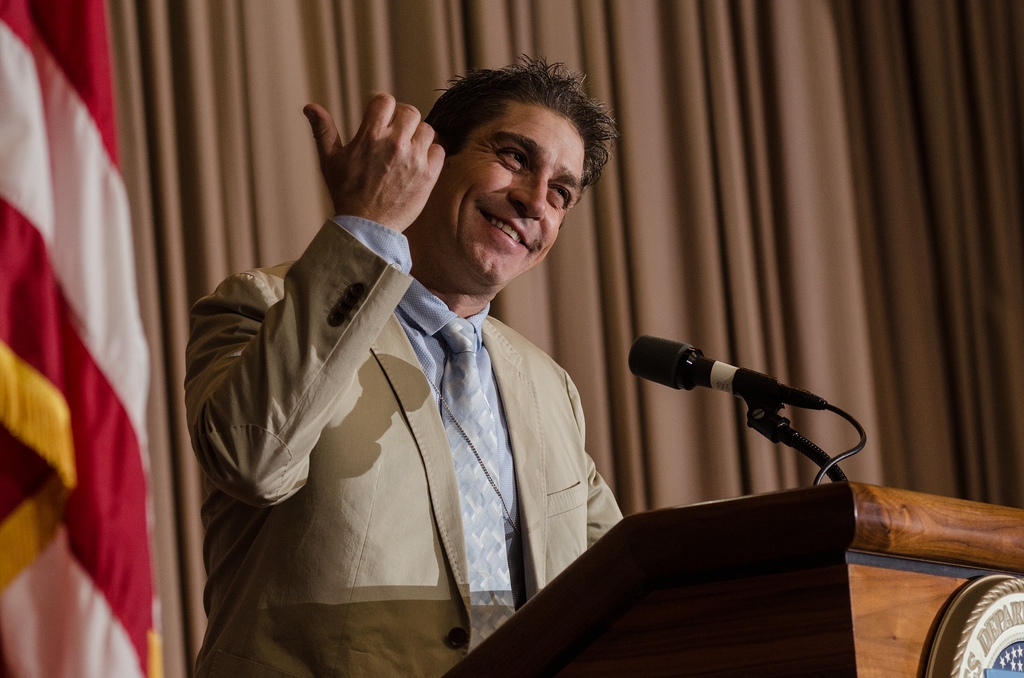 On October 2, 2015 Carlow University and the city of Pittsburgh were given the pleasure of hosting Richard Blanco, the inaugural poet for Barack Obama’s 2012 inauguration, the poet chosen for the ceremonial reopening of the United States Embassy in Cuba, and an author of various works. Of Blanco’s works many are published by The University of Pittsburgh Press. Blanco started off the evening, which was his first time in Pittsburgh, saying he felt that he had come home. It was a momentous night considering that his “first baby,” also known as, City of a Hundred Fires, was born in Pittsburgh, and he could finally visit the “great literary city.”

Blanco began by explaining and connecting the different links of the main theme in his poetry–home. For him, he explained, home relates to understanding heritage along with cultural and sexual identities. Questioning what home is and what it means, is a fundamental human drive that is examined in faith, pop music, and other avenues. Blanco may be seen as having a life of intersectionality, between Cuban and American, and civil engineer and poet, but these intersectional ties are what drive humans to understand home.

The intersection between civil engineer by day and poet by night may seem abstract to many. To him it is simply translating “the conscious of home, to brick and mortar.” While designing a sidewalk, he thinks about how someone’s son or daughter will learn how to ride a bike on it. Or, maybe on a park bench a couple will share their first kiss, so he positions it toward the horizon. He elaborated that everything we experience is linked to the physical environment. But the poetry is what bridges the cross-gender, cross-cultural, and cross-sexuality and creates conversations.

In this respect, the inaugural reading did not stir his nerves. It was the bridging and exposure of what had always been a part of the American identity – gay, Latino, immigrant. The moment was much bigger than him. With the task of writing three poems in three weeks for the inauguration, it was hilariously clear that “no one in the White House had ever done an MFA.” But for Blanco, the task of writing about what America means, brought him to realize that he was home all along. All the time searching for his identity and thinking his mom was more American than he could ever be – for leaving her country, unsure if she would return – he realized his identity was just as important of a story, in what it means to be American.

When asked about his feeling about the ubiquitous description – the youngest, first Latino, immigrant, and gay person – he had a firm answer about whether he feels minimized and put in a box, or if he owns it and is proud of it. “I’m incredibly proud of it. I love that, that is my story, and I try to use it as a doorway into what that really means.” Continuing in his warm, witty sense of humor he stated, “People have a problem with labels, they get so weird, but what am I supposed to say? Bolivian, straight, from Brooklyn?”