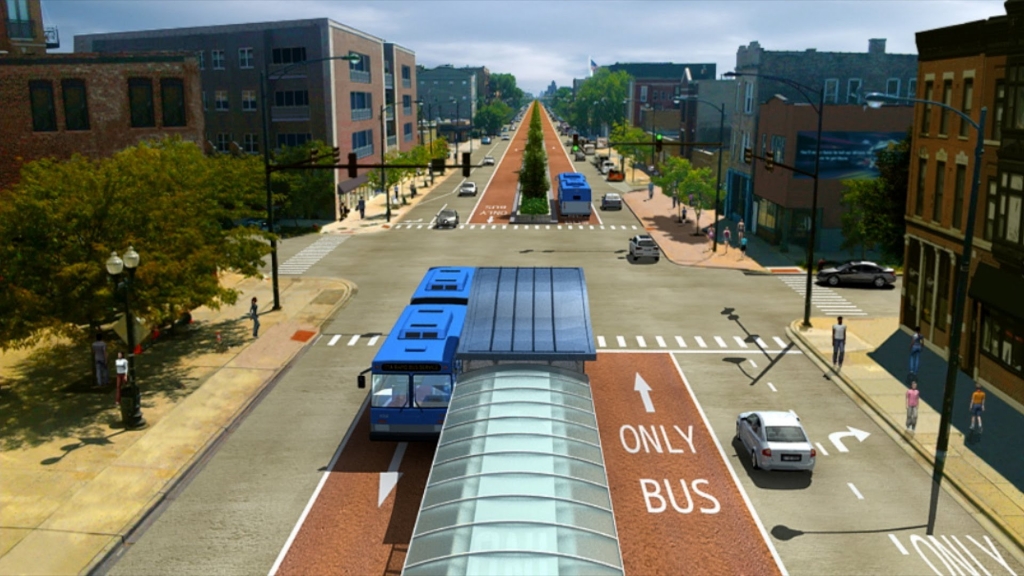 Latin America and the Caribbean are the world’s most urbanized regions with an enormous 80 percent of the population living in urban cities.1 The rapid rate of this urbanization is resulting in cities being pushed to their functioning capacity. The need to efficiently and cost-effectively move people has resulted in many cities building Bus Rapid Transit (BRT) systems. This worldwide transportation trend uses benefits from traditional buses and rail lines to integrate a successful public transportation system. Important features typically include dedicated bus lanes, stops with stations, and automatic fare collection.2 BRT systems have many benefits including: low cost of construction, short preparation time, quicker travel times, local air pollutant emission reduction, improved traffic safety, increased physical activity, and capability to generate economic activity.3,4 Safety benefits in Latin America show that on average there was a 40 percent reduction in fatalities and injuries on streets with BRT corridors. In addition, the reduced travel time impacts economic activity due to the principle that people have more time to live, not commute, so much so that in Mexico City the Metrobús Line 3 is predicted to save the city US$141 million in regained economic productivity.4

Latin America is known as the region leading the world in BRT indicators with 1,752 km of lanes in 65 cities with 20,107,175 daily passengers. Within Latin America, Brazil is leading the way with almost 60 percent of total daily BRT riders in the entire region. The first modern successful BRT was in Curitiba, Brazil in 1974 but Bogotá’s TransMilenio has become the poster child for corridors in Latin America.5 “We called it TransMilenio, in order to make buses sexier. And one thing is that it is also a very beautiful democratic symbol, because as buses zoom by, expensive cars stuck in traffic, it clearly is almost a picture of democracy at work.” Enrique Peñalosa explains of the TransMilenio BRT system that he implemented as mayor in 2000.6 While the TransMilenio now suffers from overcrowding, it is proof that designing cities and using resources that impact a wide range of people can positively change a city, the way citizens use it, and the way citizens feel about it.

While BRT systems are often the best option for transit corridors, these systems can sometimes become political tools. Designing, implementing, and seeing the effects of a BRT system is achievable in one term of a local politician. The quick implementation of BRT corridors create a powerful and potentially dangerous tool that local politicians can use creating large impacts on cities.3 BRT successes are widespread and supported by data from cities across the world, but that does not mean that all cities need BRT systems.7 A crucial success of BRT system planning lying in connecting existing subway and rail lines and analyzing current traffic flow patterns and problems.