Using Heritage as a Strategy for Development in Mexico 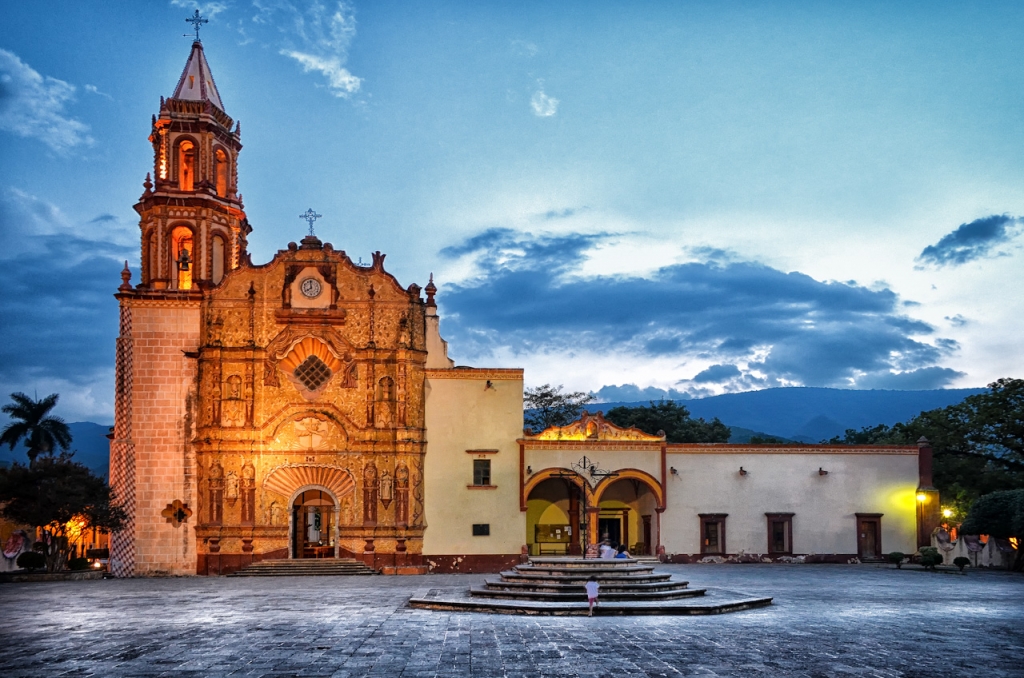 Tourism as a method of income has grown in variety. Aspects such as history and culture have assisted in the development of tourism sectors throughout the world. Many countries have taken the route of diversifying their tourism by amplifying their historical towns and culture throughout their nation. This results in the revival of lesser known cultures, history, art, cuisine, and even language. It also helps develop smaller tourist towns, as well as provide greater sources of income and opportunity for local people. A great example of this is seen through Mexico’s Programa Pueblos Magicos or Magical Town Program created by the Secretary of Tourism in 2001.

However, when thinking of tourism in Mexico what first comes to mind? Common answers include places such as Cancun, Playa del Carmen, Mexico City, and possibly Chichen Itza. After these locations, the rest of Mexico is less recurrent in the minds of the world even though Mexico has a rich historical background and is home to numerous locations that are vibrant showcases of this history.  This is part of the reason why the Mexican government created the Programa Pueblos Magicos for the world to explore and discover the history of ancient civilizations and learn how they are still present in today’s society.

Programa Pueblos Magicos began in 2001 with the primary goal of creating profit from travel and tourism, beginning in only four magic villages. The towns are selected based on specific requirements that define a Pueblo Magico. There is no simple answer on the definition of a Pueblo Magico, but overall they are places that consist of features such as: history, significant events/festivals, a strong cultural presence, symbolism, and/or ancient legends seen in the town.  They are approved after a process that marks them as qualified based on formalities such as having: a Pueblo Magico representative group, an economic establishment for tourism, a municipal administration that oversees tourism, developed tourist amenities such as hotels and restaurants, and of course, symbolic and unique aspects of the town. Specifically, according to a research project done by Adam Uhnak under the University of SS Cyril and Methodius in Trnava, these towns have strict rules that they must follow to become a Pueblo Magico. The rules include that the town officials must:  “preserve...original architecture, maintain and share aboriginal myths and legends, identify the original culture and its connection to the past, avoid innovation...(and) preserve its original habits and customs” (Uhnak 2).

These regulations present the main goal mentioned in the previous paragraph: to increase the amount of tourist destinations that are specifically geared toward recognizing and teaching the history and culture of Mexico. By doing so, they create a new image for the country, and provide new land for tourists to spread to, acknowledge, and explore. Finally, the Programa Pueblos Magicos was initiated for the benefit of smaller local communities, as this could be used as a profitable activity for business, increase local income, and to again, attract different kinds of people (Secratario de Fomerto Touristico 10). Thus, this program simultaneously had the intention of diversifying and strengthening not only the tourism sector itself in Mexico, but also the type of tourists that were traveling to Mexico.

From 2001 through 2015, there have been 107 towns added to the list of places that classify as Pueblos Magicos. An example of a Pueblo Magico is the town Valladolid which is located in the Yucatan Peninsula. Valladolid was added to the list for many factors including its historical significance in the Yucatan Caste War, Mayan culture, natural presence of cenotes, and colonial style architecture that is present in churches, convents, and buildings (Mexico 5)..

Through projects like the Programa Pueblos Magicos, Mexico has made efforts to diversify its economy from being reliant on their primary resource sector. This has resulted in the service/tourism industry experiencing more success and becoming a significant player in Mexico’s economy. Specifically, according to the World Travel & Tourism Council’s Travel & Tourism Economic Impact 2017,  the direct contribution that travel and tourism had on employment in 2016 is that it created 4,059,500 jobs in Mexico. This is above the North American (United States, Mexico, and Canada) average creation of 3,362,800 jobs and the world average creation of 843,900 jobs (Mexico 11). The tourism sector directly contributed to Mexico’s growth by causing an increase of 2.6% of their GDP from 2016 to 2017 (Mexico 13).

Likewise, the total employment contribution that tourism and travel had in 2016 is the creation of 8,659,200 jobs that were directly related to the industry. This is in comparison to the North American average of 8,080,000 jobs and the world average of 2,152,900 jobs (Mexico 11). Thus, the data presents how the travel and tourism industry contributes to the economy of Mexico. Specifically, the travel and tourism sector provides for 16% of the total employment in Mexico as of 2016. This value was expected to rise by 0.8% in 2017 (Mexico 5). Thus, tourism is a growing industry that makes up a respectable portion of employment in Mexico.

Mexico has not been the only country to take the route of promoting their historical towns in order to develop their tourism industry further. Russia also has many small towns that are abundant in ancient history. Similar to the case in Mexico, these towns are lesser known, but are being promoted more due to their historical and cultural resources. The main types of tourist attractions that are often seen in these towns, as opposed to cities, is archeology, religious sites, ecological monuments, culture in various forms (art, ethnicity, etc), and country history. These sites differentiate themselves from the highly attractive tourist cities because their authenticity often make them specialized and unique (Ismagilova, et. al., 157-161).

The Pueblos Magicos are significant in the rebuilding of the less populated towns and rural communities that are dependent on the income and investment they receive from tourism. With an increased focused on these historical towns in Mexico, rural communities can expect to experience or continue to experience an increase inflow of a diverse people of various backgrounds who are interested in the Aztecs, Mayans, and other indigenous cultures/histories. Towns that may have smaller economies are now promoted to experience increases in development for their community—instead of being ignored and left out of the economic conversation.