Uruguay’s Challenge with its Aging Population 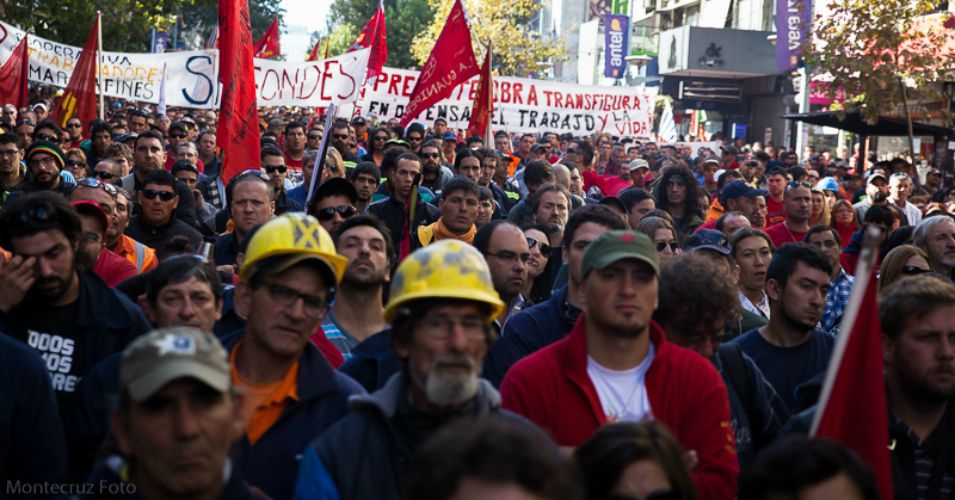 Compared to other countries in Latin America, Uruguay typically stands out as a model nation for its successful democracy, strong education, low levels of inequality and poverty, and its social security systems (The World Bank in Uruguay, 2019). Yet, Uruguay still has challenges that lie ahead—one of them being its aging population that negatively affects sustainability and economic prosperity. Aging populations are now a global concern, especially in Asia and Europe that are home to some of the world’s oldest populations. The top country being Japan at 28%, followed by Italy with 23% (Population Reference Bureau, 2020). In “World Population Prospects 2019”, the UN estimates that in 2050, one in six people will be over 65 years old, while in 2019 the proportion was one in eleven (Ortega, 2020a). So, although the overall world population over 65 years of age is rapidly increasing, by 2050, most of these people will live in developing nations (Shetty, 2012). Studies estimate that in Latin America, Uruguay will have the highest rate of aging in the region (Ortega, 2020a).

About sixty years ago, the average life expectancy in Latin America was around 55.7 years, while today it is nearly 75 years (How Does an Aging Population Affect a Country?, 2016). This trend is observed specifically in Uruguay, having been 68.3 years in 1960, and increasing to 78.4 years in 2020 (Worldometer, 1955–2020). This is a result of improvements in public health, an increase in the quality of life, and the level of equality in Latin American societies. In fact, these improvements were particularly efficient and successful in Uruguay. The country had a period of strong development in the early 2000s under the left leaning Broad Front party. President Tabaré Vazquez was Uruguay’s first Socialist leader who ruled first in 2005-2010, then from 2015-2020. His first success was to govern as a relatively cautious moderate to avoid radicalization and polarization that have usually caused upheaval throughout Latin America. As President, he adjusted the health-care system and expanded aid for families, children and the elderly, which contributed to improved standards of living and a reduction in poverty (U.S. News & World Report, 2020). Among other reforms, Tabaré Vazquez also revived collective bargaining rights, allowing wages to rise, informality decreased as more informal workers got labor contracts, and labor conditions improved overall—achievements that stand out in a region that struggles to provide satisfactory labor conditions (Pribble, 2020).

Most Uruguayans are content with their political system and democracy as a result of a high trust in political institutions. In 2016, a poll from Vanderbilt University showed that 65% of Uruguayan citizens stated their support for the country’s institutions. This number is 7 points higher than Argentina and over 20 points higher than Brazil or Chile. Their trust comes from the government’s welfare policies that provide near-universal access to pensions, childcare, health care, education, and income support for the poor. The Gini Index, which measures inequality on a scale from 0 to 100, reflects Uruguay as having one of the smallest gaps between the rich and the poor in Latin America. Their latest Gini Index is 39.5, while most South American countries have an income inequality index above 45, meaning wealth distribution is very unequal (Pribble, 2020).

Although life expectancy is certainly reflective of a society’s well-being and quality of life, the longer people live, the more effort is needed to rethink about social and economic institutions to guarantee citizens’ welfare once they retire. Like other countries in Latin America, Uruguay is experiencing similar demographic changes, but the exception is that these changes are slower (How Does an Aging Population Affect a Country?, 2016). This means that the population is aging because there is a negative trend in migration and a low birth rate that does not allow the Uruguayan population to grow like most countries. According to a study by the Social Security Bank in Uruguay, the country went from having a Global Fertility Rate of 2.73 born per thousand inhabitants in 1950, to 1.9 in 2020 (Ortega, 2020a).

Generally, an increase in life expectancy is a good thing, but if changes are not happening in the economically active population, the size of the labor force will tend to decrease. This then limits the economic capacity to cover the needs of those who already retired. In other words, if there are no changes in policies, the cost of services to support the aging population will be higher as more people will be demanding health care services. Especially, because illnesses present in older populations require more complex and expensive treatments. So, if by 2100, 30% of Uruguayans are over the age of 65, as stated in a World Bank report, the expenses in GDP allocated to basic social services (health and education) and social protection will increase from less than 25% in 2013 to nearly 43% in 2100 (How Does an Aging Population Affect a Country?, 2016).

Economically, less developed regions are failing to present aging as a major public policy concern, even though older populations are growing at a faster pace in developing countries than those in industrialized nations (Shrestha, 2000). So, knowing that in demographic proportion, Uruguay and Cuba have the highest number of people over 65 years of age in Latin America and the Caribbean, many changes in economic policy need to be made in the coming years for these countries. Uruguay is experiencing a phase where they currently have a higher percentage of the working-age population, which is important to increase savings and generate investment resources. Pushing for a quality education system will produce more highly skilled workers who can produce more goods and services for the whole population, and that will contribute to mitigate the effects of an aging population. Likewise, better equipment and the adoption of new technologies can increase productivity, despite a declining number of workers (How Does an Aging Population Affect a Country?,2016).

The Uruguayan government recognizes what is at stake if they do not begin to address changes in policy relating to their aging population. That is why they have now begun to discuss a revision of their social security system and carry out a structural reform that will essentially change the regulatory framework of the economy. Currently, Uruguayan workers must contribute part of their salary to social security institutes in charge of paying benefits like old-age pensions, disabilities, family allowances, and more. According to the Minister of Economy and Finances, Azucena Arbeleche, stated that the pressure of expenses associated with retirements and pensions is too high, so they need to think about how all citizens can participate in the system (Mesa, 2020). So far, some suggestions for reforming the pension system include reducing the replacement rate (the percentage of salary that a worker can access upon retirement), increasing the required age to retire, promoting voluntary pension savings, increasing the amount that workers pay to social security institutes, and tackling informal employment. However, these suggestions are still up for further discussion (Mesa, 2020) .

As Álvaro Forteza, an Uruguayan economist stated, “we have a population more similar to that of Europe, which from this point of view is a problem, because our population has aged with lower income levels than Europeans” (Ortega, 2020b). So, the pressure for countries in developing regions, especially Uruguay, to discuss reforms relating to social security and the economy is much higher, despite them currently having lower levels of aging. It is crucial that the Uruguayan government is starting to direct its attention towards aging now, so that long-term effects will not harm the welfare the country has achieved, and for which it is notably recognized.

How Does an Aging Population Affect a Country? (2016, September 5). World Bank. https://www.worldbank.org/en/news/feature/2016/09/05/uruguay-como-afecta-pais-envejecimiento-poblacion