The Untold Stories of Arabs in the Americas 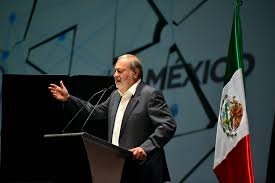 There have long been Muslim and Arab populations in Latin America, but few people are aware of the sheer number of Arab descendants in the region. In fact, Latin America has the largest number of Arabs outside of the Middle East, with anywhere between 17 to 30 million people.1 In order to gain a full picture of this aspect the region’s demographics, one must first look back to the time of Columbus’ first voyage to the new world in 1492. In the same year, the Moors, as the Muslim communities were called, were defeated in Spain and Christianity ruled once again. In 1478 the Inquisition was officially launched with the goal of reestablishing and maintaining Catholic Orthodoxy in Spain. In 1499, Archbishop Francisco Jimenez de Cisneros broke with the policy of gradual conversions and began to violently persecute the Moors by instituting forced conversions and the burning of Arabic manuscripts. When the Muslims revolted against the loss of their freedoms, Cisneros took away their freedom of religion entirely. Though the Moors were forced to convert to Christianity, there was still a movement to retain Islamic and Arabic culture.  After several failed attempts by the Spanish to force the Moors to fully assimilate, King Philip III expelled most of them. The majority are believed to have gone to Northern Africa, but some made their way to Spanish colonies in Latin America.2

At the beginning of the 20th century, a new wave of Arab Christians and Jews fled the Ottoman empire from what is now Syria, Lebanon and Palestine. Some left seeking refuge from the conscription laws, others left during and after World War I to escape food shortages. The chaos continued through World War II and more Arabs immigrated to the Americas for their own safety[3]. Latin American governments largely accepted this influx due to the influence of 19th century intellectuals who believed that the immigrants could be used to work in the factories and fields. The exact numbers of immigrants remain unclear, but some say anywhere between 250,000 and 300,000 people came to Argentina, Brazil and Mexico. Other nations such as Chile and Colombia received up to 10,000 Syrian immigrants before World War I[4]. Still other Arab immigrants attempted to go to the United States and were surprised to find that they had been delivered to Latin America[5].

Many Arab immigrants struggled to assimilate into Hispanic culture at first, due to religious and cultural discrimination. Some Latin American governments were either unable or unwilling to provide all of the necessary resources for easy assimilation into a new country and culture. Because of this lack of institutional support, and as a way of assimilating while preserving their cultural traditions, the Arab immigrants formed their own communities to support each other. These collectives assisted each other in every aspect of society from cultural preservation clubs and business organizations to charitable and religious groups. This not only provided a sense of community, but also a way to learn and preserve languages. Originally, Spanish and Portuguese were taught to new immigrants, but as time went on, the communities transitioned to teaching Arabic. Beyond language assistance, these communities also provided resources to newcomers that helped them become successful in their new nation. Even medical care was provided by these local communities, as well as small loans and food to fill in the resource gaps not provided by the state[6].

Many of these communities have stood the test of time and continue to play important roles in the lives of Arab-Latinos in the 21st century. Their goals have transitioned away from integrating new immigrants to preserving Arab history and culture. The members are mostly Latin American-born citizens that trace their ancestry to the Middle East, particularly the Levant[7]. These communities are one reason that Arab culture can be found throughout many Latin American countries. One example of this cultural spread is the Palestinian community in Chile, which is so strong that it has its own soccer team, called Palestino. In Brazil, there is a popular Arab fast-food chain called Habib’s that sells Middle Eastern cuisine[8].

These communities have given modern day Latinos of Arab descent valuable connections and networking opportunities. Some of the largest communities have become very influential in their prospective cities such as the Centro Libanés in Mexico City which had President Felipe Calderón as a guest speaker. Argentina has one of the largest cohesive network of Arabs due to the “Confederación de Entidades Argentino Arabes” which connects over 160 different Arab community groups in the country. These groups and connections have been said to be one reason that so many Latin American-Arabs have had so much success. Many presidents have been of Arab descent throughout Latin America, such as Julio Cesar Turbay Ayallah (Colombia), Carlos Menem (Argentina), Antonio Saca (El Salvador), Jacobo Majluta Azar (Dominican Republic), and Abdala Bucaram and Jamil Mahuad (both of Ecuador)[9]. There have been a number of successful Latin American- Arabs in other fields as well, such as Carlos Slim Helu, reportedly the fourth wealthiest man in the world[10] and Carlos Ghosn, the CEO of Nissan and Renault. Even international superstars Salma Hayek and Shakira are of Arab descent.

Arabs in Latin America are a perfect example of a large group of immigrants that has successfully integrated into a new culture. This does not mean that anti-Arab and anti-Muslim sentiment has completely faded or that Arab immigrants do not still struggle in defining their identity in Latin America. Nevertheless, over a hundred years after the first major wave of Arab immigrants, those of Arab descent are living peacefully throughout Latin America. One of the clearest signs of integration is that they typically do not refer to themselves as Syrian or Lebanese, but rather as Mexican or Argentine. Through their communities, they have been able to retain their history and culture while also becoming a part of a new national identity. The long history of Arab immigration to the Americas has not always been smooth, but it may be a good example for the rest of the world.