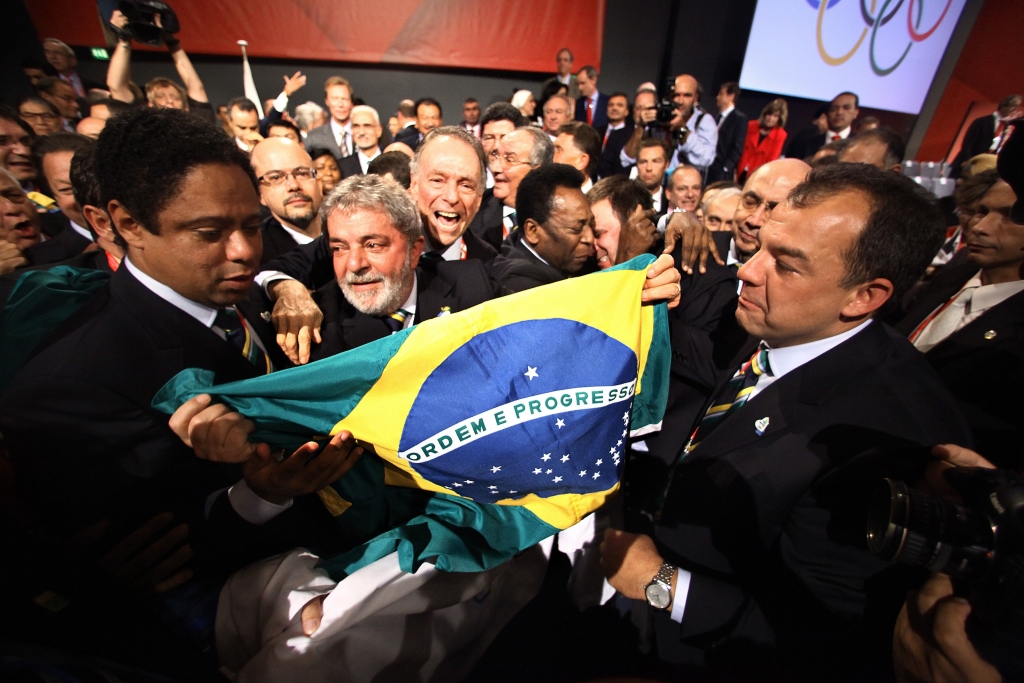 The 2016 Rio de Janeiro Summer Olympic Games are making history in a number of ways. They will be the first Olympic Games hosted on the South American continent. Second, they have shown the worst preparation for the games in Olympic history. This chaos has played a large factor in neglecting the Legacy Projects that were promised as part of the 2016 Olympic Games.

Legacy projects are part of the history of the Olympic Games, used to perpetuate long-term benefits to the host city through a variety of projects. The legacy projects proposed for Rio included reducing the pollution of the famous Guanabara Bay, a ten-mile metro line, and the favela urbanization proposal known as Morar Carioca (To live Rio).[1] Unfortunately, with the games one summer away, these legacy projects seem to have been lost in the chaos that has become the preparation.

The Guanabara Bay will be the home of Olympic Sailing next summer. It has also been the home of sewage from the Rio metropolitan area since 2007 and has a large pollution problem. The legacy project promised an eighty percent reduction in pollution by the start of the games in 2016. Recently, there has been sightings of hospital waste, home electronics and human defecation in the Bay. It is projected that if the project continues at its current pace, the Bay will not reach an eighty percent pollution reduction until ten years after the Olympic Games.

Similar problems have occurred during the construction of the metro line. The proposed line would connect the west zone of the city, the location of the Olympic Village, with the beaches of Ipanema and Leblon. Currently, this route is only accessible through a bus system that is often slow and inconsistent. This metro would cut the travel time by a total of 45 minutes, making the city extremely accessible long after the Olympic Village leaves Rio.

The scheduled completion date was originally early 2016 but has been pushed back multiple times and is now hoping to open one month before the games. The construction in Ipanema has already seen craters in residential streets that took six months to repair. If the metro is not completed prior to the games it could mean inefficient, slow traveling for athletes and spectators, but a larger loss to those whose daily commute could be halved if this metro is built efficiently. [2]

The most exciting legacy project for the city of Rio de Janeiro is Morar Carioca, with it’s promise to reintegrate all of the city’s favelas by 2020. This project had the potential to better the lives of 232,000 households throughout the city. It was intended to address infrastructure, landscaping, education, and social services in order to provide a chance at integration with the rest of the city. It proposed a chance to truly better the city of Rio de Janeiro.[3]

Instead, the city has taken earlier public works projects, approved under different infrastructure policies and renamed them “Morar Carioca” to attempt to show the legacy project is being fulfilled. [4] Unfortunately, it seems that Morar Carioca was just a planner’s dream and a Mayor’s promise. And, again, the residents of Rio de Janeiro will be the ones missing out the most.

Despite all of this behind schedule ill preparation, the International Olympic Committee has stated that there is no Plan B. The games will be held in Rio de Janeiro in the summer of 2016. What is unsure is what will Rio look like after the games? Without the follow through of the legacy projects, how much will the city benefit from the Olympics? With one year left to make positive progress towards achieving these goals, the city needs to decide soon what- and who, is most important to them.