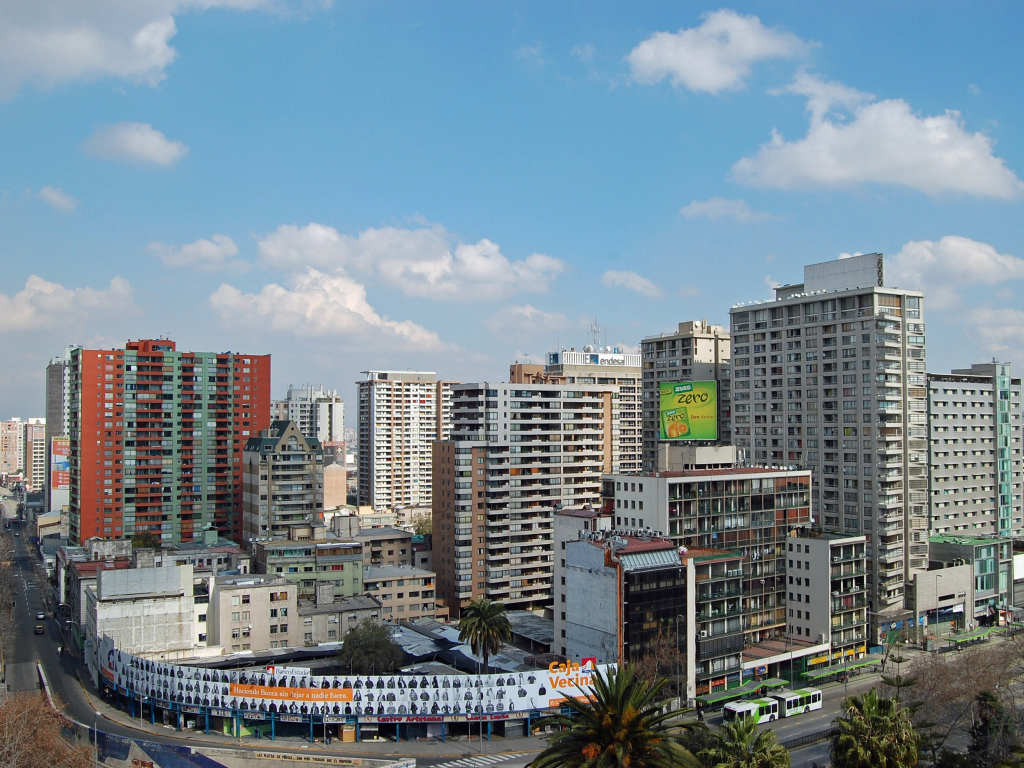 Today’s headlines surrounding Latin America illustrate a continent full of raging protests in Nicaragua, political oppression in Venezuela, and economic crisis’s in countries like Brazil and Argentina. Yet, there lies one country with significant stability compared to its Latin American brethren. Chile, although it encompasses a similar history to its neighbors, including economic instability, socialism, and military dictatorships—persists as a Latin American success story. Chile’s road to economic and political stability lies in its complex history of revolutionary socialist policies to radical adaptation of free market capitalism. After experiencing right- and left-wing economic extremes throughout its history, Chile has embraced a more pragmatic economic model that has resulted in one of the highest qualities of life in Latin America.

In 1970, Chile was experiencing massive economic instability as inflation was skyrocketing and the quality of life decreased drastically as poverty ravaged throughout the country. In the same year, Chileans democratically elected a Marxist, President Salvador Allende, who printed money in mass and established price controls to protect the working class. Often seen as a man of the people and dedicated to democracy, he enacted socialist policies and increased public spending. Meanwhile, the United States government attempted to stifle economic prosperity in any country under Marxist power and slapped Chile with crippling economic sanctions. The combination of an unwavering economic crisis and inadequate fiscal policies led to depletion of foreign-exchange reserves and a plummeting GDP. The subsequent years of economic and political polarization led to a violent coup d'état in 1973 (backed by the United States) in which General Augusto Pinochet took and held power until 1990.

The Pinochet military dictatorship enacted violent political oppression and committed atrocious human rights violations. While Pinochet’s draconian legacy should not be overcast by the economic policies made during his time in power, his administration’s impact cannot be ignored in attempts to understand the economic timeline of Chile. This ethical clash can be still be seen today as the BBC noted, "Despite his human rights record, many Chileans loved him and said he saved the country from Marxism and put the country onto a path of strong economic growth (Brender). On the other hand, critical authors like Orlando Letelier (who was murdered by the regime in a car bomb in Washington) argue, “[the] convenient concept of a social system in which “economic freedom” and political terror coexist without touching each other, allows these financial spokesmen to support their concept of “freedom” while exercising their verbal muscles in defense of human rights (Letelier).

The Pinochet Era: The Chicago Boys

Pinochet’s regime reached for a free-market economy while combatting the downward economic spiral that the country was facing. The foundational economic changes laid by the government were facilitated by a group of Chilean-born but U.S.-educated scholars called “The Chicago Boys,” ostensibly because they were educated at the University of Chicago. These scholars were famously in favor of free market principals and neoliberal economic models.

In 1970, the Chicago boys had created a book on economic policy called El Ladrillo (the brick) as a recommendation to the presidential candidate Alessandri in the 1970 presidential election. When Alessandri lost to Allende, the scholars decided to publish the book as a reference anyways. The book stated the major problems identified in the country were “rising prices for internal goods without a rise in income, exaggerated estimates, shortage of productive employment, inflation, slow agricultural development and extreme poverty in important productive sectors of society” (Brender 119). The scholars argued that Chile’s internal problems were worsened due to disproportionate state involvement in the economy. Moreover, they said that state intervention hurt economic growth by “manipulating economic variables, forming a luxurious bureaucracy, ineffectively creating state activities that paralleled private activities in the commercial or service sectors and politicizing public institutions” (Brender 119).

In the mid-1970’s, the Chicago boys were called into action as economic advisors under the Pinochet government and quickly made deep-rooted changes in Chilean economic policy. This included the sale of nationalized companies, or in the interest of the U.S., returned them to previous owners. Additionally, they attracted foreign investment that was deterred under Allende’s policies by cutting import duties and pushed local businesses to sell to executives or foreign investors to increase exports of crops and natural resources. The socioeconomic policies also changed drastically as the government slashed government spending and removed entitlement programs for the middle class. As a result, Chile experienced increased capital inflow from foreign investment coming into the country. While the economic changes arguably didn’t facilitate much positive change, the policies seemed to halt the economic freefall by reducing inflation and eliminating the fiscal deficit.

Yet, the product of such strong-handed neoliberal policies landed Chile in a banking and foreign exchange crisis in 1982. The country was hit hard by the results of their internal policies as well as the rippled effects from the Latin American debt crisis. During this time period the GDP plummeted while unemployment, poverty, and wealth inequality skyrocketed. Some scholars argue that the origin of the 1982 crisis came from the Chilean peso being pegged to the USD and record-high interest rates. On the other hand, others argue it was a product of Pinochet shocking the Chilean economy through laissez-faire capitalism. Still, the crisis not only triggered waves of protest against the Pinochet military regime, but also forced the government to roll back such radical free-market policies for a more pragmatic approach.

From 1982-1989 Pinochet facilitated a new era of economic reforms that revolved around economic reconstruction after the crisis including foreign debt renegotiations and policies to balance the external deficit through tariff increases. Perhaps the most surprising was the government taking control of the broken financial system, although the government had to privatize the financial system again “when their balance sheets were in order thanks to heavy public subsidies to banks and debtors costing the Treasury some 35% of annual GDP” (Ffrench-Davis 2). The aftermath of the 1982 crisis also led Pinochet to adopt a floating exchange rate and a price bands for food exports. In the reconstruction period after the Pinochet regime was ousted by a democratic referendum, economic reforms were continued and strengthened by President Patricio Aylwin, a Christian Democrat.

The return to democracy under President Aylwin brought a new hope for the slowly reviving Chilean economy. Learning from the country’s turbulent past, Christian Democrats embraced the slogan “change with stability” to garner support and to reflect their precautious economic policies and supported widespread social reforms (Ffrench-Davis 3). The government quickly made progressive reforms such as labor laws, increased social programs to reduce poverty, income distribution, created new jobs, and increased the minimum wage (Wittelsbürger and Von Hoff 98).

Under Aylwin, Chile entered a new era in which socioeconomic issues were prioritized and tax reforms were implemented to increase overall social expenditure. The government emphasized social programs to build a safety net for Chileans that was absent during the Pinchet regime. The government devoted itself to long-term, stable macroeconomic development to not only curb inflation but to also stabilize the fiscal balance, GDP, sustainable external balance, and exchange rate (Ffrench-Davis 3). One of the defining factors during Aylwins government was the implementation of capital account regulations which had a flexible reserve requirement to maintain stability whether the economy was robust or in decline. The results were long-term and stable allocations in productive investment, a stable exchange rate, and economic activity close to the potential GDP (Ffrench-Davis 3). Overall, social and economic indicators were on the rise and Chile was finally on the track to the success demonstrated in their society today.

Today, Chile is holding up well despite a recent global commodity drop that devastated countries like Venezuela and Brazil. In 2016, almost half of the country’s exports were related to the copper industry and mining accounted for nearly 14% of its GDP (“Chile: An Island”). Yet, because of the extreme, destabilizing measures Chile had implemented in the past, the government commits itself to fiscal responsibility.

Renowned Chilean economist Ricardo Ffrench-Davis notes that although the Chilean economy is lauded internationally as a success story, it has reached its current stability through trial and error, swinging left and right under military and democratic governments. After the Aylwin government ended in 1994, another Christian Democrat, Eduardo Frei Ruiz-Tagle, governed until 2000. Since then, power has been held by socialist governments such as Michelle Bachelet, center-left such as Ricardo Lagos, and conservative such as Sebastián Piñera. Each government enacted different economic stability policies according to their ideology. Bachelet instituted the Social Stabilization Fund, which accumulates fiscal surpluses which are above 1% of GDP. This prevents the government from overspending on public programs or creating a fiscal deficit. In 2018, Chileans elected billionaire businessman Sebastián Piñera for his second term (the Chilean constitution prohibits consecutive terms) who seeks to enhance economic growth through the private sector by cutting bureaucratic blockages and promoting foreign investment. His presidency is a part of right-wing wave rippling throughout Latin America, but with three years left of his presidency his polices remain indeterminate.

Overall, the country is not impervious to drastic changes in the global economy and its current system cannot be described as perfect. Nevertheless, the tough times of Chile’s history have paved the path to a careful economic approach that is reflected in their thriving society today.