This article is a commentary on research by Fahrenbruch and Cochran (2014) in San Juan del Sur, Nicaragua. Our study was spurred by the realization that there is a dearth of research on the vulnerability of tourism communities in the developing world, despite the increasing popularity of tourism in these regions (Faulkner 2001; Bowonder and Kasperson 2005). Of particular need are studies that look beyond physical and economic vulnerability and shed light on the sustainability of the tourism industry in the developing world (Richie 2008).

The focus of this research is the community of San Juan del Sur, Nicaragua (henceforth “San Juan”). San Juan, is a small port community in the Nicaraguan department of Rivas, located in the southwestern corner of the country. On the evening of September 2, 1992, much of Nicaragua’s Pacific coast, including San Juan, was struck by a powerful tsunami. The wave, approximately 5 meters in height, damaged about 60 percent of the structures in San Juan alone (UNDHA 1992). At the time, the local economy was based primarily on fishing, shipping, and some domestic tourism – primarily second home owners from Managua and Semana Santa vacationers (Brugger 2010, Babb 2010). Since 1992, the community has recovered from the tsunami and has experienced a revolutionary economic transformation after winning the government designation of a national tourism city/port (CANTUR 2011)

San Juan has a long history as one of the few viable ports on the Pacific coast of Nicaragua and of Central America as a whole. It served as a transportation hub for Cornelius Vanderbilt’s Accessory Transit Company which moved goods and people between the east and west coasts of the U.S. via Nicaragua during the California Gold Rush of the mid-nineteenth century (Hall and Brignoli 2003, 2010-11). After the construction of the Panama Canal, traffic through San Juan collapsed and the community settled in as a fishing village and regional shipping hub for the next 100 years. In the 1990s, however, things began to change. The fishing industry, and specifically shrimping, had by that time declined from overfishing. Shipping was abandoned in 1997 in favor of the deeper ports of Corinto and Puerto Sandino to the north (Brugger 2010; Babb 2010). Since the 1990s, with commercial port activity on the decline, tourism, and especially international tourism, has become a major driver of the local economy.

While the majority of the tourism economy revolves around backpacking, bars, sport fishing, and surfing, the community has gained a reputation as a cheaper alternative to Mexico and Costa Rica for expatriate retirees. As of late, the community has become a reality TV and retirement darling in the United States.  In addition to being featured in numerous newspaper and magazine articles, HGTV’s House Hunters International has featured the community at least five times, and CBS’s Emmy award winning show Survivor used the community as a base for four seasons including the aptly named season 29, Survivor: San Juan del Sur. Despite the meteoric rise of the community as a tourism destination – or perhaps because of it – I was struck during my first visit to San Juan in 2011 that there seemed to be little memory of the 1992 event or the potential for future tsunamis.

Our study, which took place in the summer of 2012, sought to determine to what degree San Juan was prepared for a future tsunami and the effect of tourism development on community vulnerability. Over the course of six weeks, we administered 146 household surveys and conducted semi-structured interviews with a sample of residents and government officials. An extended account of our research methodology and results can be found in Fahrenbruch and Cochran (2014). In brief, we found that despite the population and tourism infrastructure of San Juan largely being concentrated along the coastal areas of town, the warning and evacuation system was weak and attitudes among local residents fatalistic regarding tsunamis.

According to the local emergency manager, during the 2011 Japanese earthquake and tsunami, a warning was issued for the Pacific Coast of Nicaragua, but few residents evacuated. Some respondents we talked to even said that they, upon hearing the news, headed to the beach with beer and their surf boards to “wait for the wave.” Fortunately, for them, the wave never arrived. A friend in the community noted recently that there have been large strides taken in San Juan in recent years to improve tsunami preparedness. On the evening of October 13th 2014, a 7.3 earthquake struck off the Pacific coast of El Salvador and Nicaragua, leading NOAA to issue a regional tsunami warning. As it happened, the lead author was chatting with a friend in San Juan through Facebook during the event.  The friend related that military and police were evacuating people from low-lying areas, and that churches and schools inland were opened to house displaced people. Unlike the warning issued during the Japanese tsunami, this warning was heeded.  The evacuation was assisted by a newly installed automatic alarm system (which is the result of a collaboration between Nicaragua and Japan). The tsunami warning was canceled a short time later without incident, but the response and existence of an automated warning system is a very encouraging development.

Less encouraging are ongoing challenges with community/government relations and the negative socioeconomic effects of the tourism industry. Tourism has had many positive impacts in San Juan, including the growth of business, employment, educational opportunities, intercultural exchanges, infrastructural improvements, and capital investment. Most of our survey respondents strongly agreed that tourism has benefitted the community and they support its growth. This however, does not mean that tourism has been without its pains or that tourism has washed away the centuries of aid-for-patronage governance common throughout Latin America.

While overall opinions of tourism were positive, over 90% of respondents noted that tourism has led to a rise in the price of goods, services, and real property. In Season 18, Episode 2 of HGTV’s House Hunters International, there is an epic battle of wills between a couple on where their property buying budget would fall – the gentleman wanted 500,000 USD while his fiancé preferred 900,000 USD. To their credit, the couple was looking at large ocean front/view homes in San Juan, but a visit to local real estate offices in town reveals that even modest inland homes are fetching around 100,000 USD. Furthermore, prices are such that many residents themselves do not participate in the tourism industry outside their function as workers. The director of the local development NGO Comunidad Connect explained that restaurant prices in San Juan are 150% to 200% that of prices in the departmental capital of Rivas.

Many of our respondents noted that local workers expect to earn on average a few hundred U.S. dollars per month. Unskilled positions earn the least and those requiring English skills and the tipping professions, such as restaurant/bar jobs and fishing or surf guides, generate substantially more. For many, if not most residents, however, property and service prices are such that their children will likely not be able to afford to live, or participate fully, in the community and economy, at least not without a significant increase in local wages. This phenomena of socioeconomic alienation has been referred to in the scholarly literature as gringolandia and has been observed in Latin American tourism communities from Cancún, Mexico (Torres and Momson 2005) to Bocas del Toro, Panama (Prado 2011). In terms of the vulnerability of tourism communities, the perceptions of local residents can be essential during disaster recovery. A number of studies have suggested that alienation of local residents can lead to misunderstandings and hostility towards tourists and the tourism industry (Macbeth et al. 2004; Jones 2005), and at least one (George 2008) found that this alienation can lead to outright obstruction, by residents, of rebuilding efforts during recovery.

The second concern raised in our study was the health of community-government relations. A number of survey respondents complained about the government’s lack of responsiveness to infrastructural problems in the community and the distribution of resources, especially between coastal (tourism) and inland neighborhoods, and between Sandinista (the ruling FSLN party) and non-Sandinista residents. In one inland neighborhood, the city government had dug a trench to install a sewer line, only to abandon the project shortly thereafter, leaving an open trench about a meter wide and deep bisecting the neighborhood. As soon as it rained the trench filled with water and began to attract insects. The residents complained to the government, but in the end they were forced to fill the trench as best they could.

A number of survey respondents complained about cronyism associated with government distribution of aid, especially practices that were discriminatory of non-Sandinista members of the community. In one of the more heartbreaking accounts, a respondent’s sister, who suffers from epilepsy, was told of a program that could help her pay for her medication. According to the respondent, she was turned away by the local government, because she had worked for a rival (non-FSLN) political campaign in a prior election. While it is impossible to know the full story of why the respondent’s sister was rejected for the program, several respondents recounted similar stories, suggesting the importance of political networking and party affiliation. We find this especially concerning given the local government’s role as first responder in the event of a disaster.

Overall, while strides have been made to reduce the physical vulnerability of the community’s residents and patrons, much more work is needed to overcome the negative socioeconomic effects of tourism development and governmental cronyism in the community. While the legacies of Spanish colonial governance and the inflationary nature of tourism economies will not be resolved overnight, several organizations in the community, including Comunidad Connect and the Jean Brugger Foundation are working for change.  Comunidad Connect promotes local recycling programs, and volutourism opportunities while the Jean Brugger Foundation provides educational and scholarship opportunities for local youth, and both organizations provide a variety of community and sports programs for both young people and adults that keep local residents engaged. Beyond these organizations, tourism development and the influx of expatriates has helped bring about infrastructural improvements in roads, water treatment, sanitation, and internet access. While it would be a stretch to equate the cultural shift in San Juan to the cultural sea change of a phenomenon like the Arab Spring, it is not a stretch to say that tourism and a growing expatriate population may help precipitate government reforms in San Juan. The question is, can this change occur in a manner that does not alienate local residents and in a time frame sufficient for San Juan to be prepared for the next tsunami?

Richie, B. W. 2008. Tourism disaster planning and management: From response and recovery to reduction and readiness. Current Issues in Tourism 11:315-333. 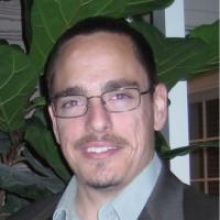 Matthew Fahrenbruch
I am currently a PhD student in the department of geography and the University of Kansas. I am a broad-based geographer with experience and interest in cultural and human/environmental topics and a regional focus on Latin America. Of specific interest are the topics of tourism, territoriality, and political economy and globalization. Webpage: http://geog.ku.edu/fahrenbruch-matthew