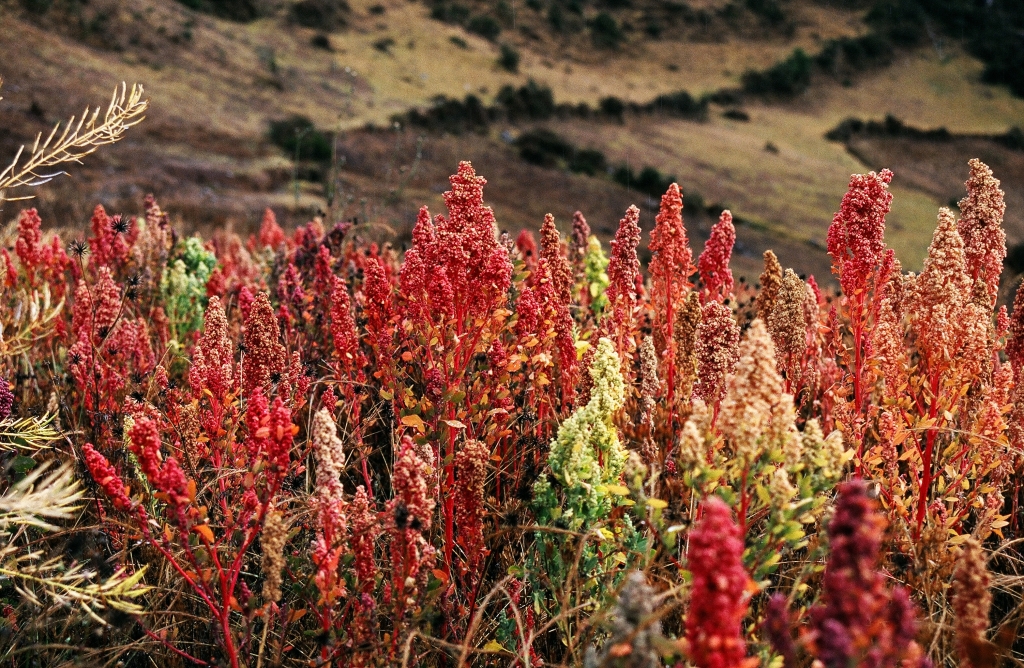 Each year it seems a new superfood enters the market, the majority of which originate in South America. Among these include kiwicha, pichuberry, sacha inchi, maca, cacao, acai, chia, and arguably the most famous of them all, quinoa. Health-conscious consumers covet these nutrient-dense foods that contain more antioxidants, vitamins, minerals, enzymes, and protein than most foods grown locally in the United States. As such, it’s no surprise that in 2013, the global market for superfoods reached $USD 177 billion.1 Naturally, with that high of a demand, traditionally poor South American farmers of these sought-after foods are enjoying higher profit margins than previously experienced. But are there consequences to this increase in demand?

Basic economic theory suggests that when demand is high, prices rise to balance overall supply and demand. This fact explains why the cost of quinoa has tripled over the past five years.2 While many consumers in the United States may be able to absorb the price increase, recent arguments suggest that the South American communities that have traditionally enjoyed and relied on these nutritious foods as a part of their daily intake, are no longer able to afford them.

This phenomenon is most apparent in Bolivia where the economic climate is characterized by rapidly growing demand of quinoa, insufficient supply, and unfavorable international trade practices.3 Indeed, the Bolivian Ministry of Agriculture reported that as prices rose for quinoa, consumption in Bolivia fell by 34 percent.4 In turn, these conditions are exacerbating socioeconomic tension and driving up the local cost of quinoa. Ultimately, the decrease in access to quinoa contributes to a range of externalities, including “increased malnutrition, decreased food security, alienation of the poorest farmers, social conflict… and increased black market activity.”5 Despite efforts of the Fair Trade Movement, it seems farmers do not benefit as much as consumers would like to think. As reported by Brigido Martinez, former president of The Asociación Nacional de Productores de Quinua (ANAPQUI), “Quinoa isn’t lifting us out of poverty, but we are living better”.6

Additionally, increased harvesting has resulted in environmental degradation throughout South America. Again, quinoa provides a prime example of an externality resulting from increased demand. First, it is important to note that quinoa predominantly grows at high altitudes between 9,000 and 13,000 feet above sea level in semi-arid areas where temperatures are cool. Due to the environment, the land is vulnerable to drought resulting in loose, arid soil. While the soil in cultivation areas has been able to sustain local consumption needs for centuries, more rigorous cultivation for export exerts even more pressure on already volatile land. In time, the over-cultivation of quinoa will contribute to large-scale soil erosion and infertility unless growing standards are put in place and adhered to.

However, the argument is not simply to abandon all desire for internationally produced superfoods. On the contrary, doing so would utterly devastate the communities that cultivate these foods. Instead, the evidence presented suggests an even greater need than ever before to know, and truly understand the overall impacts of exportation and consumption. As consumers, it is our duty to be informed buyers. Insisting on organic, fair-trade superfoods is one of the most effective means of ensuring farmers receive a fair wage and foods are available for cultivation for years to come.