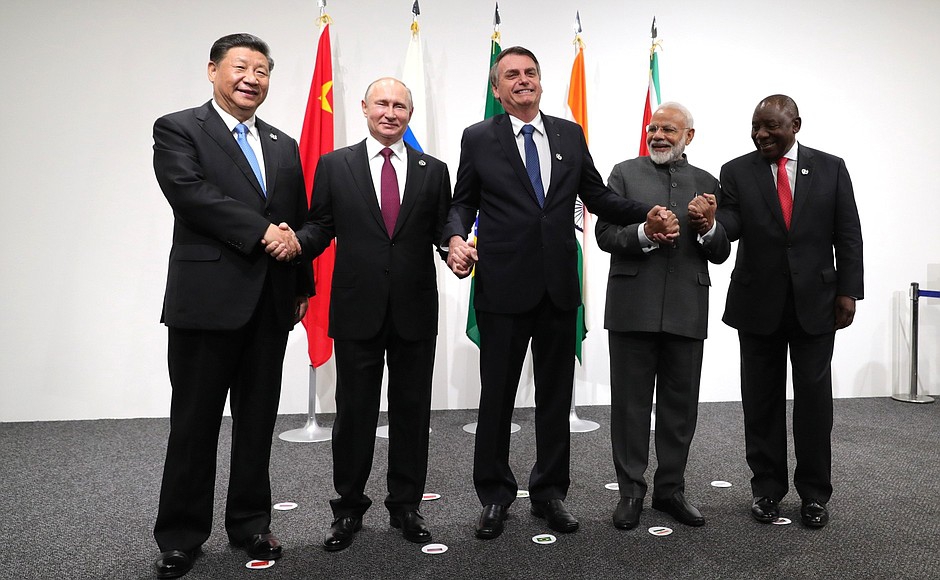 Since Jair Bolsonaro’s assumption of the Brazilian presidency, relations between the Latin American giant and China have been more strained than in recent decades. On June 29th, 2019, Chinese President Xi Jinping and Bolsonaro were scheduled to meet on the sidelines of the G20 summit in Osaka, Japan at 2:30pm. At 2:55pm, when Xi still had not arrived, Bolsonaro canceled the meeting. According to sources, delays at the G20 summit are rather common, but to call off a meeting entirely is particularly rare. Bolsonaro, who prides himself in his relationship and similarity with United States President Donald Trump, may have been trying to take a ‘strong negotiator’ stance as a response to the situation (South China Morning Post, 2019). The relationship between China and Brazil is significant for the Brazilian economy, and potentially offending the Chinese President is a strategy that has left business groups and diplomats concerned about damage to trade and investment ties. Not only did Bolsonaro’s lack of patience with the foreign dignitary cause tensions between the two nations, but Bolsonaro has been rather controversial in his policy proposals regarding Brazil’s most important trade partner for the past 10 years, which has produced $9.87 billion in two-way trade in 2018 (Al Jazeera, 2019).

During his candidacy in 2018, Bolsonaro visited Taiwan and announced that he “planned to break the ‘friendly-with-communist-regimes’ approach of previous Brazilian governments” (Stuenkel, 2019). Bolsonaro’s stance is nearly identical to that of Donald Trump, who Bolsonaro likely molded his policy changes after once assuming office (Stuenkel, 2019). In April, Bolsonaro stated that “the Chinese can buy in Brazil, but they can’t buy Brazil” discussing plans to reduce Brazil’s dependence on China. Meanwhile, other members of Bolsonaro’s cabinet have been working to mend the relations that Bolsonaro is working hard to terminate. Bolsonaro’s statement about Brazilian-Chinese relations was followed in May by a comment from Brazilian Vice-President General Hamilton Mourão who announced that “pragmatism was needed for the health of Brazil’s economy” (South China Morning Post, 2019). Pragmatism is exactly what followed Mourão’s comment. Mourão, alongside Minister of Agriculture Tereza Cristina and Economy Minister Paulo Guedes, often described as the ‘adults in the room’ in terms of Bolsonaro’s administration worked together to assure Brazil’s loyalty to China as an economic partner. These efforts continue in spite of Bolsonaro’s offenses against the Chinese President and administration and Bolsonaro’s close alignment with Trump (South China Morning Post, 2019). In his efforts to improve relations between Bolsonaro and Xi, Mourão created tensions between himself and a pro-Trump faction in the Brazilian government as well as being accused of being a communist. Despite complications in the relationship between the two powers in opposite hemispheres, pragmatism appears to have succeeded in mending the relationship. However. interactions between both administrations at the 11th Brazil, Russia, India, China, and South Africa (BRICS) summit held in Brasilia on November 13th and 14th will be essential in determining the future for these two countries (SDG Knowledge Hub, 2019).

The BRICS summit, held between the emerging national economies of Brazil, Russia, India, China, and South Africa, hosts discussions which “focus on spheres of political and socio-economic coordination, in which member countries have identified business opportunities, economic complementarities and areas of cooperation” (SDG Knowledge Hub, 2019). On Wednesday morning, Xi and Bolsonaro held several bilateral meetings, the results of which are not yet public. Oliver Stuenkel of the Getulio Vargas Foundation in Brazil described this meeting as “the endpoint of a process of making up after what was the worst crisis of the relationship between Brazil and China of the past decades” (Al Jazeera, 2019).

Even before the BRICS summit, China had announced that it would be willing to increase the number of agricultural and industrial goods imported from Brazil. Imports of Brazilian commodities such as sugar, cotton, ethanol, and soy are being discussed to create a protocol for the exportation of these products. Although Brazil is China’s main supplier of soybeans, Brazil has struggled to increase trade with China for this product (Reuters Staff, 2019). Additionally, China plans to make an investment worth billions of dollars in the São Luís port of northern Brazil. This investment will occur via the China Communications Construction Company, known as the CCCC. This announcement is scheduled to occur as a part of the BRIC summit and would be the largest foreign direct investment in Brazil in 2019 (AJ Impact). Although the logistics of this investment are not yet public, the details should be released in the next few weeks.

Regardless of the rocky relationship between the two nations, the pragmatic approach of Bolsonaro’s administration to fix the damage that Bolsonaro’s verbal attacks and extreme alignment with Trump have caused seems to have worked. To start, Bolsonaro’s claims that he would sign a trade deal with Trump were understood to be delusional by his administration, and therefore, nothing more than empty threats to China. Second, other world leaders including Xi were cautious to not amplify verbal attacks which could have easily escalated, avoiding any contention. Additionally, Brazilian voters seemed uninterested in Bolsonaro’s threats against China, not allowing him to gain the support of the people that would be necessary for such a large economic shift (Stuenkel, 2019). Finally, although Brazil is rather insignificant to China’s general economy, both nations rely on each other. Although Brazil relies very heavily on China, China cannot deny the benefits that a strong relationship with Brazil provide.