Gradual Reforms or Disagreement on How Much Market Activity Should Cuba Allow?

Radical economic reforms in response to crises have been part of the history of mostly every country in Latin American and the Caribbean. “Shock therapies” are familiar to almost everyone in the continent. They also tend to be unpopular, since they have been associated with short-term reductions in social spending and an increase in poverty. From this perspective, gradual reforms can be seen as more benevolent ways to resolve economic crises. But according to Mesa-Lago, the gradual structural economic reforms Raul Castro has been implementing in Cuba since the 2007 reflect more the disagreement within his party on how much market activity to allow, than any conviction regarding the advantages of gradualism.

In the most impressive and detailed analysis of the Cuban economy since 2006, Mesa-Lago’s recent book, Cuba in Raul Castro’s Era, reveals what turns out to be a very interesting insight. Even if the gradualism of economic reform sets Cuba apart from the rest of Latin America and the Caribbean, almost every other aspect of its recent economic history reminds us that Cuba is, after all, in Latin America. True: Cuba’s economic system is socialist. But when one looks at the statistics and the obstacles to economic development in Cuba, one may as well be thinking about the very same fundamental issues that most countries in Latin America face.

As in every other Latin American country, deep economic reforms are typically implemented when an economic crisis leaves no other option. And all these crises share similar symptoms: economic growth slows down or becomes negative, several key sectors of the economy experience drops in productivity, there is a fiscal deficit, there are trade and balance of payment deficits, the external debt is ballooning, and the currency is overvalued. Aren’t these typical topics from a Latin American economic history textbook?

The colossal job undertaken by Mesa-Lago of collecting good quality data from Cuba is truly worth all the effort. These data portray the many ways in which Cuba identifies with its geographic region. There are severe problems with agricultural productivity in Cuba, even on sugar cane production, the main export. Agricultural productivity is low because the equipment is damaged, there is lack of appropriate inputs, and transportation is difficult and costly. And as usual, the agricultural sector does not fare very well in periods of crisis and reform.  The neglect of agriculture, the very sector that so vitally provides primary products for exports, has been a constant in the region.

The best performing sectors in the Cuban economy are those in which there has been foreign direct investment (FDI). These include energy (petroleum and natural gas), mining (nickel), and tourism. This is true even if foreign investors in Cuba, mainly from Venezuela and China, may not apply frontier technology and best practices. Like in many other Latin American countries, China is rising as a key foreign investor in Cuba. Although FDI has generated export growth spurts throughout the region, environmental damage associated with mineral exploitation has not been uncommon. But for countries that largely depend on primary products as main sources of export revenues, discovering new petroleum is perceived as salvation, regardless of the negative externalities this may bring.

Even without the access to credit from international organizations, Cuba has accumulated foreign debt, the same way Latin American nations have. In the midst of a world financial crisis that started in 2007, China has risen as a key lender to the Cuban economy. As necessary as foreign lending is to the region, this leaves countries dealing with complicated exchange rate problems. Fixed exchange rates, low productivity growth, currency overvaluation, slow export growth and even more need for foreign credit are all part of the typical cycle that has been observed over and over in the region. Cuba is no exception. Although currency dualism in Cuba is famous –the Cuban peso (CUP) is used to denominate wages and public service fees; while the “convertible” peso (CUC) denominates prices for tourism and luxury items– what is less famous is the fact that what underlies this dualism is currency overvaluation. As Mesa-Lago documents, there was finally an official devaluation of the convertible peso in 2011, but this has not been nearly enough to correct the overvaluation. And anyone who knows the economic history of Latin America knows what will eventually happen when a currency is overvalued.

The ideals of the Cuban revolution have certainly been reflected in the massive social spending, which accounts for 53% of the government budget, and 34% of GDP. But as Mesa-Lago concludes, this is just simply not sustainable. Economists often refer to a trade-off between efficiency and equity. Societies may elect to have lower levels of wealth but more equality. The crude reality though is that equality may not be sustainable when productivity is so low, that not even the basic needs of the population can be covered. This would be the world before 1800, where inequality was low, but everyone was poor. The sad reality described by Mesa-Lago is that the social indicators for the Cuban economy are showing a declining trend. Although back in 1999 the Gini coefficient was 0.41, inequality has most likely increased in Cuba. Public employees have lost their jobs, and there are no private jobs to go to; social spending has been cut; access to schooling has been severed; and taxation remains regressive. With a drop of real wages of 73% between 1989 and 2010, raising poverty rates are as much of a concern as raising inequality.

Not that inequality in Cuba, although lower than in Latin America, has been exempt of the two issues that plague inequality everywhere: gender and race. Economists studying inequality around the world have pointed at technological change as the culprit of its recent increasing trend. But leaving technological change aside, which may anyways be marginal in countries in which barriers to technological adoption still abound, what is left is a society in which women and racial minorities face cultural barriers to economic mobility. One would have thought that the equality ideals of the Cuban Revolution, the very ones that traded off efficiency and equality, would have been conducive to resolving the more fundamental issues of human equality.

As Mesa-Lago concludes, gradualism of economic reform in Cuba is really a reflection of disagreement within the ruling party on how much market activity to allow. But I think it is also a reflection of the lack of an effective plan that would spur economic development in Cuba. The modern struggle in Latin America is how to design an economic development strategy in the context of a globalized world. Export diversification combined with FDI is among the strategies of those who are still hopeful. Could Cuba look around its Latin American neighbors for some inspiration? With the relatively high levels of human capital in Cuba, at least before the cuts to education budgets vanish one of few distinctions of the island, attracting FDI in sectors complementary to human capital may provide an avenue, Costa Rica style.

The definitely must-read Mesa-Lago’s book leaves me thinking that there must be fundamental underlying similarities between Cuba and the rest of Latin America. Otherwise how is it possible that the socialist regime in Cuba appears to ultimately suffer from the very same economic obstacles as the capitalist regimes of almost all other countries in the Latin American and the Caribbean? 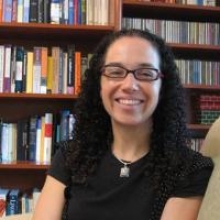 Marla Ripoll
Marla Ripoll is an Associate Professor of Economics at the University of Pittsburgh, where she teaches courses on Macroeconomic Theory and Latin American Economic Development. She has published numerous articles in the Journal of Monetary Economics, the International Economic Review, and several others. She is currently conducting research on the economics of health, fertility, and measures of well-being. You can find her work at https://sites.google.com/site/marlapatriciaripoll/Home.