Regulatory Agencies and Courts in the Global South

In 2013, I authored what turned out to be the most read paper in the Journal of Politics in Latin America. It was a case study of the overlaps between the Water Regulatory Commission (CRA) and the Constitutional Court of Colombia. Regulatory issues are not the sexiest of topics in Latin American politics. Thus, I think the interest in the paper has to do with the still-emerging literature on the rise of the regulatory state outside the developed world, which was the subject of a special issue of Regulation and Governance in 2012.

My work seeks to demonstrate that the role of a regulatory agency cannot be the same in developed and developing countries because of the differences in the configuration of political institutions. Examples, as Landau and López explain regarding Colombia, may include a Congress that has serious difficulties initiating and monitoring the enforcement of policy. Also, a ‘thick’ constitution that leads to the “juridification” of regulation, and one of the most activist constitutional courts in the world. My paper’s main argument is that all these political factors should bear upon the way regulators do their jobs.

Let me explain the context briefly. Without exception, the Public Utilities Statute (Law 142 of 1994) and CRA regulations order that water provision be disconnected after a three-month period of non-payment. Unfortunately, the CRA states that it cannot change its regulations on disconnections without legal reform. But, on the other hand, since 1992, the Constitutional Court has ruled in favour of the tutelas, an individual complaint procedure to enforce the constitutional rights against a provider for depriving an individual from a vulnerable population the “minimum essential level of water” due to their failure to pay. These rulings have been primarily based onGeneral Comment 15 of the UN Committee on Economic, Social and Cultural Rights.

Despite the fact that CRA regulations are not under the judicial review of the Constitutional Court, the effects of the latter’s rulings on water regulation have been significant. Because of the Constitutional Court’s popularity and legitimacy, its rulings have been well known by common citizens and have been replicated by several judges across the country. Consequently, private and public water providers have had to disconnect water service in order to comply with CRA regulations; but thanks to judicial action, they also have had to reconnect the service in a number of cases.

However, the capture theories (“the regulator is captured by organized interests at the expense of a diffused group”) behind the CRA's main understandings are not capable of explaining water regulation in Colombia. It is clear that in reality there is not only “one regulator”. Rather, there are a number of regulatory authority bodies (e.g. Congress, Constitutional Court, Minister of Housing, National Planning Department). And, even more importantly, despite the significant power of the Constitutional Court, it has been beyond the capture of the industry for more than two decades.

By contrast, the available evidence seems more consistent with Tony Prosser’s notions of the ‘regulatory enterprise’ and regulatory rationales. Prosser explains that “regulatory independence is not the key principle of institutional design, because regulation is a collaborative enterprise between regulatory agencies and other government bodies” in a regulatory space. From his perspective, “capture is less of a danger than lack of regulatory responsiveness”.

In this case, the limited communication between the CRA and the rest of the actors with regulatory authority has affected the responsiveness of the regulation regarding water services disconnection. The Congress does not even have a clear idea about what the CRA’s functions are and, normally, does not use the CRA’s information in its proposals and debates. The CRA’s lack of financial resources could also be associated with its passive understanding of the regulatory tasks. Similarly, the CRA’s isolated perception of regulatory authority could help to explain why it took nearly two decades after the Constitutional Court’s first rulings on the suspension of water provision for the CRA to send the Minister of Housing a draft bill on the minimum essential level of water.

In this way, one of the paper's conclusions is that the definition of the CRA’s role should not be restricted by the regulatory rationale of economic efficiency or by capture worries. The CRA should understand that it shares regulatory authority with other actors like the Constitutional Court and, therefore, must be in continuous dialogue with them about regulatory rationales different from the economic efficiency, like human rights and social solidarity. Moreover, given the critical dysfunction of the Colombian legislature, the CRA should be able not only to promote debates in Congress around the most important regulatory issues, but also to directly provide what Prosserdefines as “a forum in which participation and deliberation can take place”. In sum, given the Colombian political context, the CRA should be less obsessed with its independence and increase its attention to the responsiveness of the regulation.

Read more at ‘Regulatory Agencies and Courts in the South: The Overlaps in Colombian Water Regulation’. 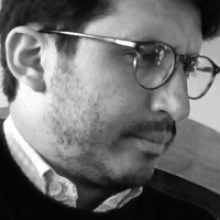 Julian Daniel Lopez-Murcia
Research fellow at the Facultad de Ciencias Jurídicas, Pontificia Universidad Javeriana, Bogotá (Colombia). He holds an MSc in Regulation from the London School of Economics, and is currently a doctoral candidate at Harris Manchester College, University of Oxford. His research focuses on utilities regulation, public-sector reform and social rights in Colombia. Webpage: http://works.bepress.com/julian_lopez_murcia/