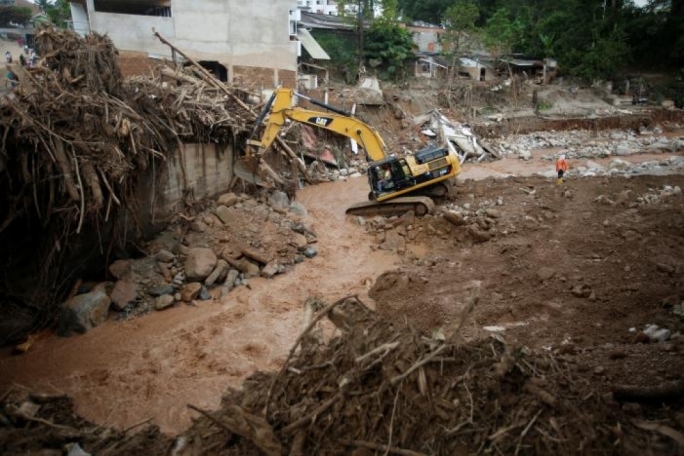 Early in the morning of April 1 in the town of Mocoa in southern Colombia, hundreds were killed in a landslide that swept away entire neighborhoods after a nearby river flooded due to unusually heavy rains. Officials say that climate change and deforestation played a role in the disaster, and tie it to other recent landslides in surrounding areas that have caused comparable casualties. Colombian president Juan Manuel Santos says that efforts to improve infrastructure in Mocoa and other areas will need to be redoubled in light of the disaster, since the region’s rainy season is just beginning.

The Mocoa River and three of its tributaries overflowed its banks after the area received a third of its usual monthly rainfall overnight, according to President Santos. Santos blamed climate change for this phenomenon, and was echoed by senior UN official Martin Santiago, who said that it has caused “tremendous results in terms of intensity, frequency and magnitude of these natural effects” such as rainfall. Former Colombian environment minister Adriana Soto also called attention to deforestation in the mountains around Mocoa. With fewer trees to slow down the water, the flood picked up mud, debris, and momentum. “When the basins are deforested,” Soto said, “they break down. It is as if we remove the protection for avoiding landslides.” Landslides in the Andean region have been wreaking havoc in recent months and years. Nine were killed in a landslide in the small town of El Tambo in November, and in Medellin to the north, six more were killed after a mudslide buried a large area of a highway. Both of these incidents were caused by unprecedented rainfall in mountainous areas where landslides are fairly common. In May 2015, more than 80 people were killed by another landslide near Medellin. In the neighboring country of Peru, flash floods and mudslides have killed nearly 100 since the beginning of the year. Peruvian authorities say that the flooding is related to El Niño, because of abnormally high ocean temperatures off the coast of Peru. The region of Colombia that has recently been affected by flooding is also experiencing a coastal El Niño just north of Peru’s. According to National Geographic, this coastal El Niño, a smaller version of the Pacific phenomenon, may predict a stronger El Niño later in the year, or could be an indicator of broader changes in global climates. On average, the world’s oceans have increased more than 1.5 degrees Fahrenheit in the past century. Recent surges in frequency and intensity of landslides and other climate-related natural disasters, such as tropical storms causing millions of dollars’ worth of damage in the Caribbean, have been attributed to this increase in global sea temperatures.

The Mocoa landslide killed at least 270, injured hundreds, and left more than 500 homeless. Rescue efforts went on for days, with survivors searching desperately for missing relatives and over 1,000 soldiers and police participating in relief efforts. The government has covered hospital and funeral fees and provided about $USD 6,400 in aid to families of the dead. In response to critics’ claims that local infrastructure was inadequate to protect the area from landslides, President Santos says that about $USD 13.9 million will go towards “addressing humanitarian priorities” in the area following the tragedy.