The Question of Puerto Rican Statehood, One Year After Hurricane Maria 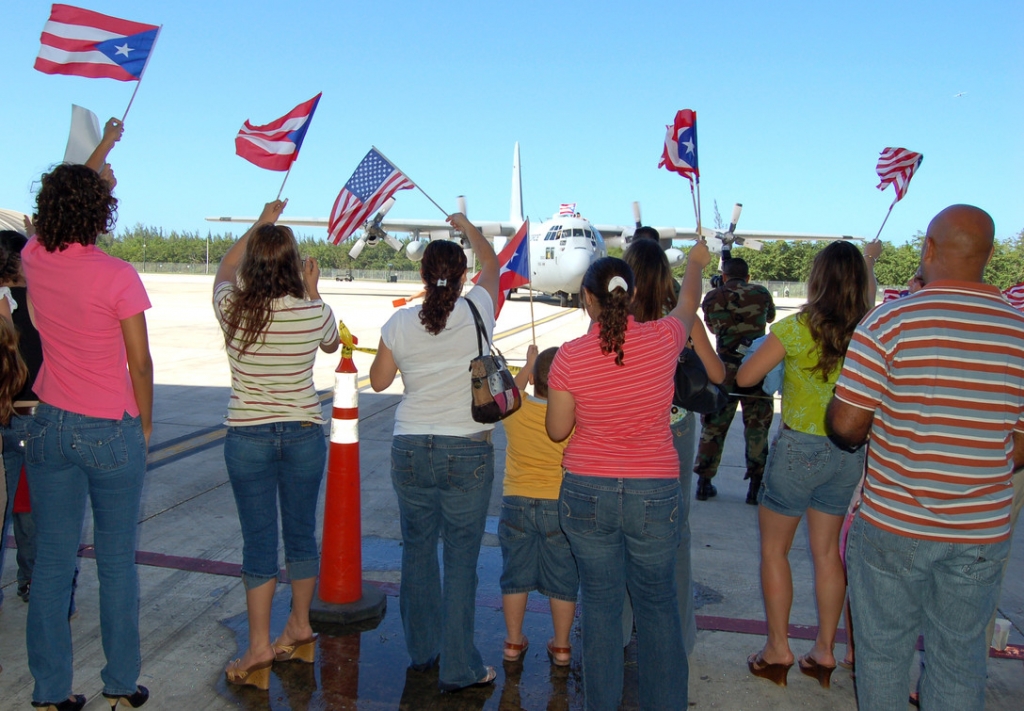 On September 16, 2017 Puerto Rico was hit by Maria, the island’s first Category 4 hurricane in over 80 years. One of the most destructive hurricanes to make landfall on the island, Maria left Puerto Rico without power for several days and wiped out the island’s telecommunications services. A recent George Washington University study found that almost 3,000 people died as a result of the major storm. During the three months following the hurricane, the rates of death for sepsis, suicide, Alzheimer’s, Parkinson’s, diabetes, renal disease, respiratory disease, and others rose significantly compared to their rates in the two years prior.  Researchers hypothesized that many of the deaths were indirectly caused by Maria after responders were unable to clear roadways, supply aid, and restore power in a timely manner.

A year later, Puerto Ricans like Governor Ricardo Roselló are analyzing the political rationale behind the United States’ lack of adequate disaster relief for Puerto Rico compared to its efforts in Texas following Hurricane Harvey. In September, Roselló penned a letter to President Trump, criticizing Puerto Rico’s territory status as it has allowed the U.S. government to treat it’s populates like second class citizens. Roselló cited the State Department’s request to dismiss an Inter-American Commission on Human Rights (IACHR) case regarding the human rights situation in Puerto Rico. According to Roselló, the United States cannot be the standard bearer of democracy in the twenty-first century while still controlling colonial territories. Therefore, Roselló openly argued that the United States should welcome Puerto Rico in as the 51st state.

While the question of statehood has consistently been a hot topic in Puerto Rican politics – Roselló even included a pro-statehood stance in his platform when campaigning for governor – it has gained significant support since Hurricane Maria. Just a year ago, Puerto Rico held its fifth referendum on statehood since being acquired by the United States in 1898 following the Spanish-American War. While 97% of voters selected statehood, only 23% of registered voters showed up at the polls. Several opposition parties protested the vote, making it an inaccurate representation of the population’s preference.

However, since Maria highlighted the unequal treatment faced by Puerto Ricans under their current territory status, proponents for statehood have become more vocal. In addition to Governor Roselló’s letter, Puerto Rican Representative Jeniffer González-Colón presented the Puerto Rico Admission Act with bipartisan support. The bill to establish Puerto Rican statehood currently has 53 co-sponsors. Although previous Presidents such as George W. Bush and Barack Obama have previously support statehood, these efforts by Roselló and González-Colón indicate a more intense push for statehood.

Recent demographic changes are also working in favor of the statehood movement as Puerto Ricans continue to leave the island for states like Florida and New Jersey. Since the beginning of Puerto Rico’s economic crisis in 2006, tens-of-thousands of Puerto Ricans have been departing each year. This year, the number of emigrants nearly doubled, reaching 150,000. These Puerto Rican transplants with their US citizenship are able to vote once they take up permanent residency in another state. The growing number of Puerto Ricans making Florida their permanent home has put them on track to replace Cuban-Americans as the largest Hispanic voting bloc in the state. This has led to a major change in state politics with respect to Puerto Rico. With Florida being a major swing state, politicians from both parties have been working to win over newly displaced Puerto Rican voters. Both candidates for Senate, Republican Gov. Rick Scott and Democratic Sen. Bill Nelson have expressed their support for the statehood movement.

Dissatisfaction with the poor relief efforts by the U.S. government following Hurricane Maria has galvanized bipartisan support for Puerto Rican statehood both on the island and within Puerto Rican communities in other states. Since the Hurricane, supporters for the statehood movement have become more vocal, citing Puerto Rico’s territory status as the reason for the unequal treatment. As more and more Puerto Ricans leave the island for other states, altering the political environment of areas like Miami-Dade county, politicians on both sides of the aisle are incorporating a pro-statehood stance into their platforms. Because of these major political changes following Maria, the Puerto Rican statehood movement has moved out of the hypothetical and into the possible.